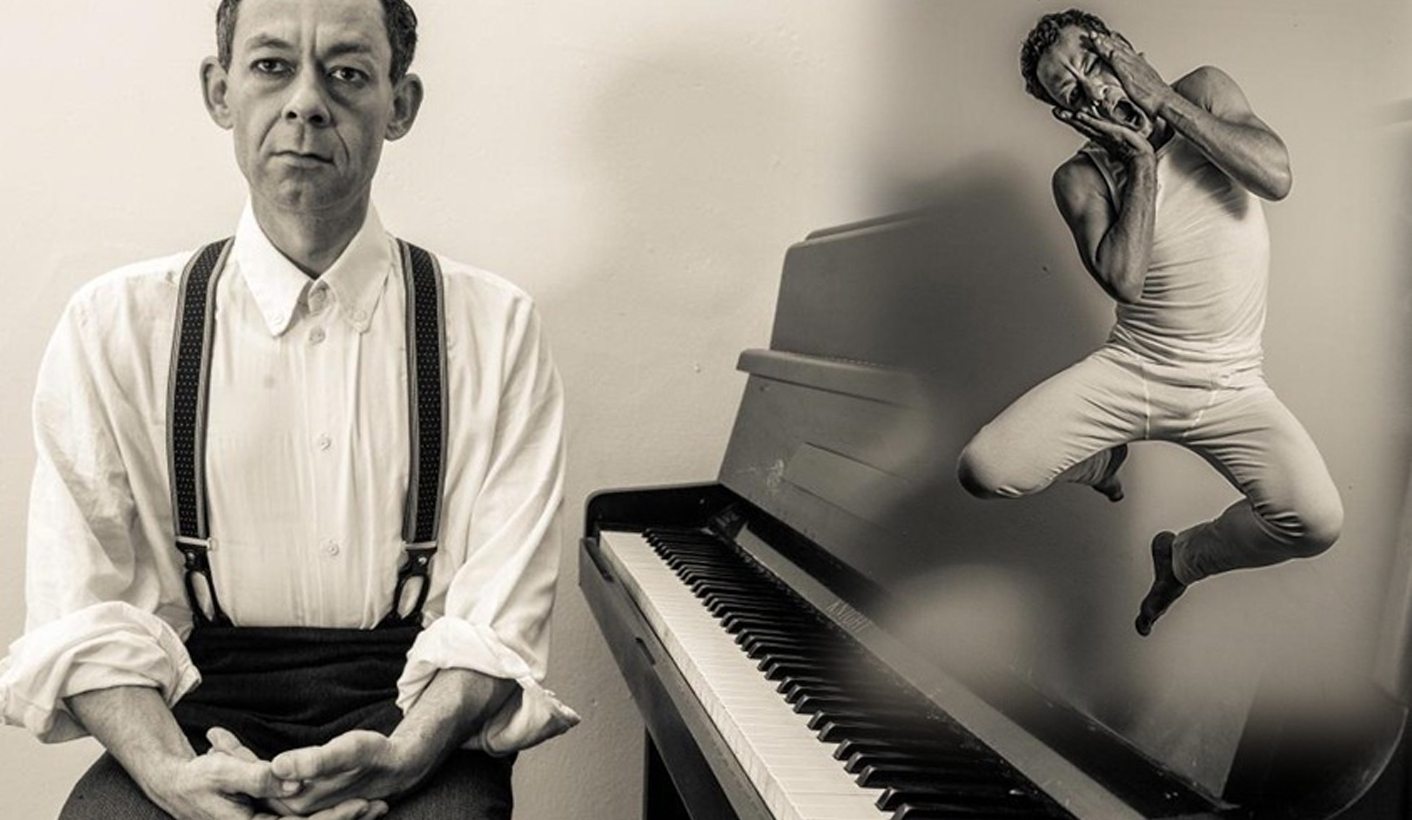 Godfrey Johnson delivers a fascinating insight into the genius and madness of Vaslav Nijinsky, the man who made the male dancer a star of the ballet. By LESLEY STONES.

Do genius and madness always walk together?

So often the artist blessed with talent is cursed with madness, or is madness the spark that fuels their genius?

Those are the questions I pondered watching Vaslav, a one-man play about the Polish/Russian ballet dancer Vaslav Nijinsky.

It stars the excellent Godfrey Johnson, an actor, pianist, singer and cabaret crooner who holds us engrossed as he whisks us through the life of a dancer who made male ballet a starring part of the show, not a mere frame to hold up the ballerinas.

Nijinsky flew, seemed to pause in the air, and danced with an animalism that was both stirring and shocking to the audiences of the day.

The play was written by Johnson, director Lara Bye and writer Karen Jeynes, based on The Diaries Of Vaslav Nijinsky. They’ve done it well, interspersing recollections of his triumphs and globetrotting performances with quotes from other artists and critics in the 1900s and the memories of a man gone mad.

In 1909, Nijinsky performed in Paris with Anna Pavlova and his new style of ballet with angular movements and gravity-defying leaps caused uproar at the Théâtre de Champs-Elysées.

A nervous breakdown in 1919 ended his career and he was diagnosed with schizophrenia. He spent the rest of his life in and out of psychiatric hospitals being treated with barbiturates, opium and electric currents, a cocktail that perhaps contributed to the mayhem rather than calming it.

We meet him in a sanatorium, seated at a piano that Johnson plays as a musical back-up to his memories. He plays some Stravinksy, Rachmaninov, Tchaikovsky, Debussy and his own compositions, sings little ditties and varies the tone to match his light-hearted, charming moments and his black despair.

It works beautifully, the piano adding depth to the lunacy as well as showing the talents of both the dancer and the actor. The madness is encapsulated in discordant piano medleys, and in his eyes, his expressions, his constant twitching and itching and repetition.

There are no decent film archives of the dancer in action, but some old photographs are displayed on a screen behind him, showing an impeccably well-groomed young man as Johnson shambles around in his bedraggled undies.

The script is intelligent and poetic, even in its raving moments, and Bye directs with a tight hand that keeps the momentum flowing and the interest high.

The lighting by Jon Keevy is superb, as stark and bleak as the story, and used to great effect to highlight just a warped face when Johnson delivers some of the more powerful lines.

It’s a fascinating look at genius and madness, and engrossing even if you don’t have a balletic bone in your body. DM

Vaslav runs at Sandton’s Auto & General Theatre on the Square until 26 February. Tickets from or 011-883-8606 or www.computicket.com