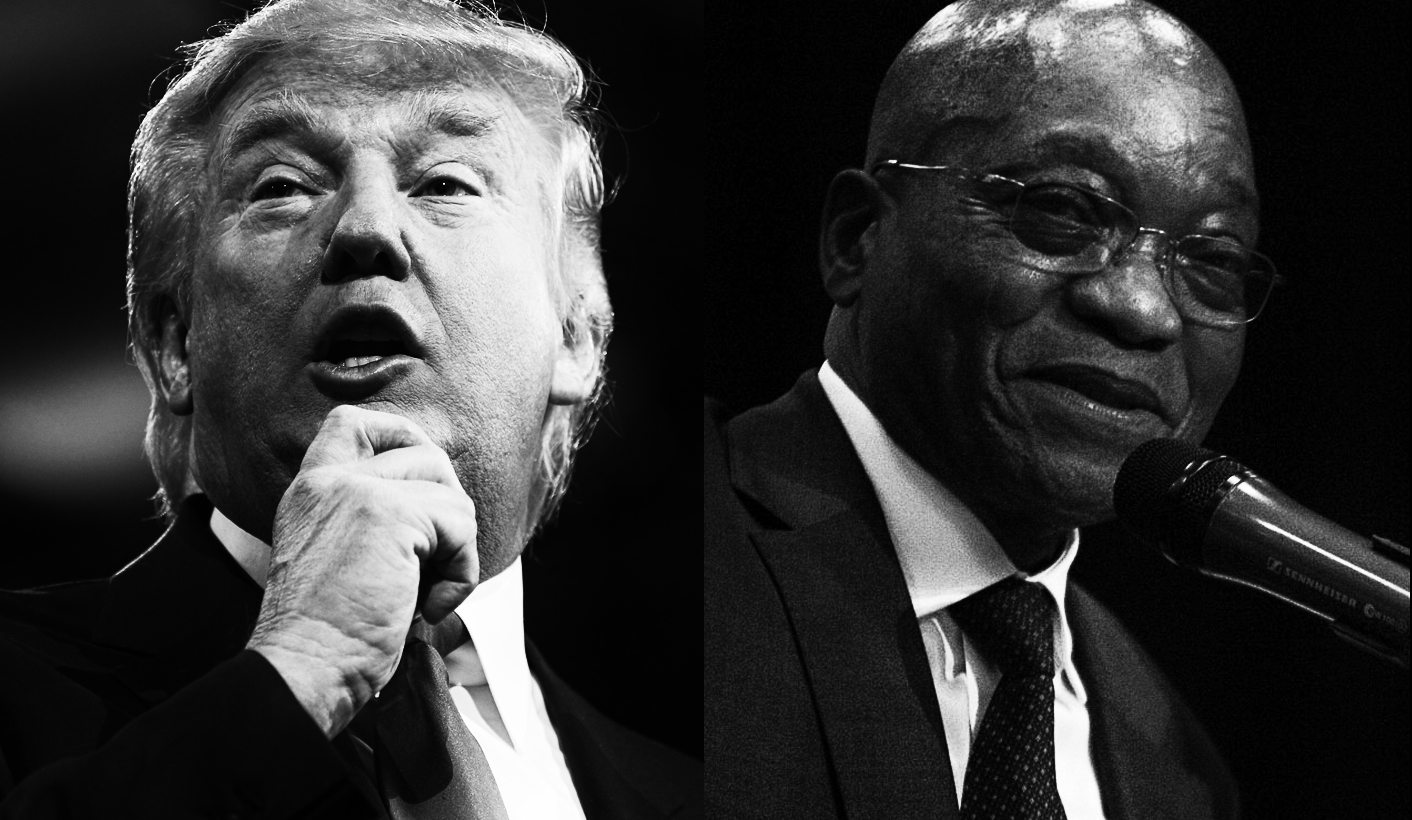 Recent events in the political arena have demonstrated the importance of protecting free speech rights, and the need to ratify the provisions of what, exactly, constitutes criminal hate speech set forth in the Amendment to the Prevention and Combating of Hate Crimes and Hate Speech Bill. By DAVID REIERSGORD.

In the wake of the Presidency’s response to a column arguing Donald Trump and Jacob Zuma are worse than liars, by author and radio personality Eusebius McKaiser, this bill should continue to receive attention in the political and public spheres—and ultimately be abandoned. The definition and categories of hate speech outlined in it could limit accountability and stifle critical discourse at a time when the country needs to be talking more vigorously about the direction(s) it wants to be heading in.

This bill, which had been in the works for several years, was hastened to completion in the aftermath of asinine and racists social media outbursts by white South Africans at the beginning of 2016. Despite its laudable intent, if adopted, this bill may create a bureaucratic swamp through the difficult task of judiciary bodies applying its far-reaching scope.

The categories of persons or groups of persons are “based on race, gender, sex, which includes intersex, ethnic or social origin, colour, sexual orientation, religion, belief, culture, language, birth, disability, HIV status, nationality, gender identity, albinism or occupation or trade, is guilty of the offence of hate speech.” Many of these categories have merit. However, some are so broad they function more as concepts. What kind of judiciary body can be expected to effectively criminalise insulting one’s beliefs?

Although this bill represents an effective collaboration between citizens and the African National Congress, according to Matthew Clayton of the Triangle Project, the gains made in criminalising hate crimes have the potential to be overshadowed by the expansive definition of what constitutes criminalised hate speech.

I’m reminded of some of the things that have been said to me about the United States and Donald Trump leading up to and in the aftermath of his election that have made me feel like my nationality is being insulted, brought into contempt and ridiculed. To think that I would have the same legal recourse as many South Africans who are dehumanised personally and structurally as a result of their race, gender and sexuality is troubling, because the far-reaching intent and scope of this bill may actually make it more difficult to prosecute far more important instances of racist, misogynistic and homophobic hate speech. In a deeply unequal society like South Africa, where the words we use to express ourselves matter a great deal, this amendment would weaken the value of discourse.

This amended definition of hate speech also criminalises an individual who, “in any manner whatsoever, displays any material or makes available any material which is capable of being communicated” as hate speech. Under the categories outline above, how would the recent allegations of the ANC’s ‘war room’ hold up to scrutiny? Alternatively, will media publications be pushed into legal battles in what will be a contested general election in 2019, for publishing material that’s interpreted as undignified criticism by those it’s meant to hold accountable?

According to David Ntshabele on behalf of the Presidency, McKaiser’s piece “is completely beyond the pale and way outside the conventions of responsible journalism and freedom of expression, so repulsive that they cannot be repeated here.” Following McKaiser: How far beyond the pale of acceptable politics is claiming a swimming pool at the president’s Nkandla home is a reservoir for fire safety, at a time when drought threatens to compromise an already unstable infrastructure of water?

No one person’s feelings are greater than the constitutional right to speak one’s mind, formulate one’s thoughts and participate in the marketplace of ideas without fear of criminalisation.

Like others have said, this bill should be abandoned altogether, because its scope is too broad and far-reaching. During a moment in the history of South Africa the writer Sisonke Msimang describes as a “new phase, one that is characterised by a rejection of compromise”, meaningful discussions are more crucial than ever in order to hold politicians accountable, and advance the ideal of making South Africa truly equal for all.

If we’re to be uncompromising about this kind of transformative future, we cannot compromise on free speech laws that favour the protection of dignity over accountability and freedom of expression. The dignity of those involved in these discussions, whether it’s Zuma, McKaiser or anyone else, should not receive greater attention than the discussion itself. DM