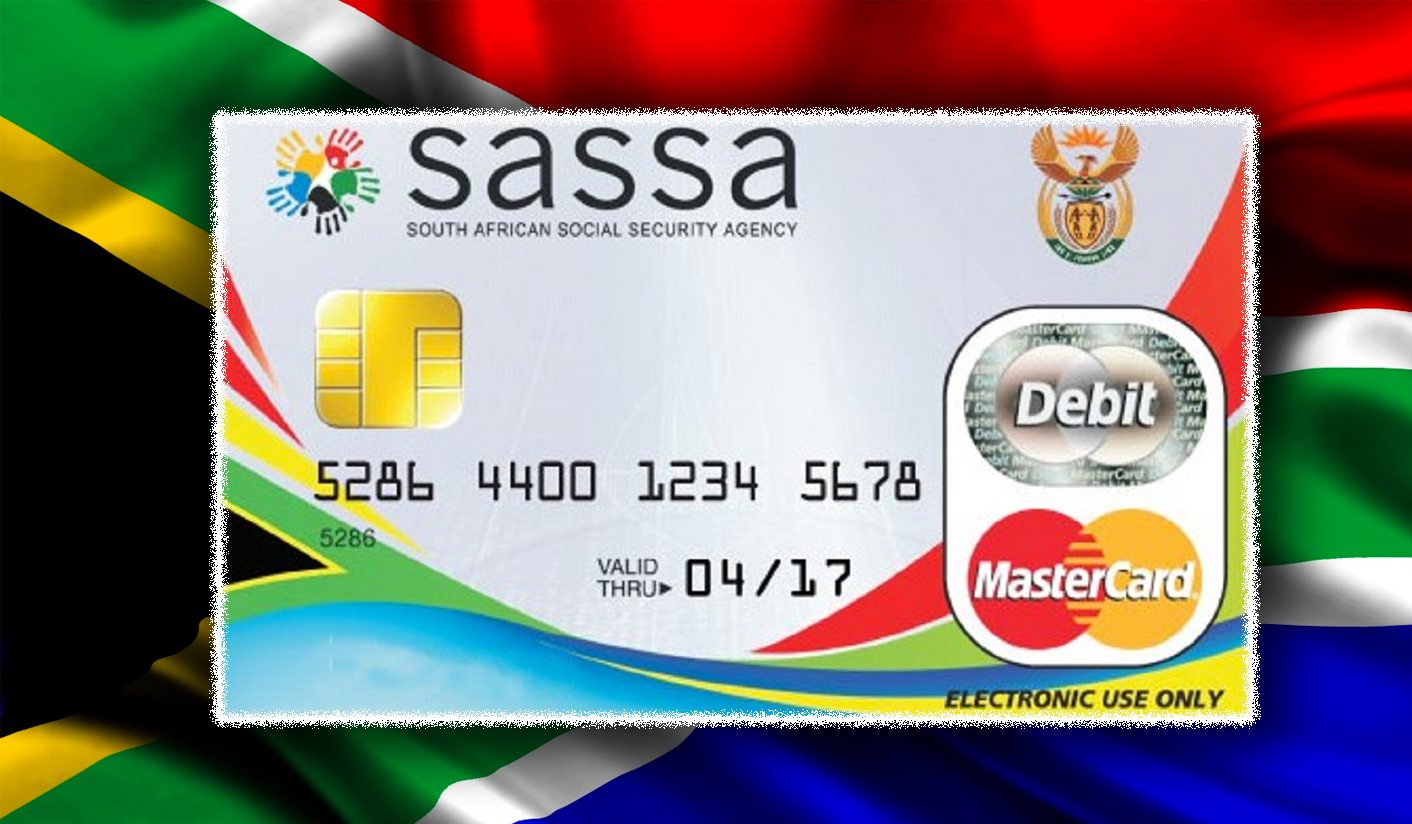 After months of warnings, SASSA officials, presenting on Wednesday to Parliament’s portfolio committee on social development the agency’s readiness for the April 1 takeover of the payment of social grants to some 17-million vulnerable South Africans, shockingly revealed that it had, in essence and through its own tardiness, manufactured an emergency that will most certainly now hold the Constitutional Court and Treasury hostage. This means that service provider CPS/Net1’s tender, which the ConCourt ruled irregular, has to be extended for 12 months if grants are to be paid. SASSA has yet to approach the ConCourt and has presupposed it will rule in its favour “in the national interest” or else plunge the lives of millions into chaos. By MARIANNE THAMM.

SASSA CEO Thokozani Magwaza was clearly feeling the heat. He used a white handkerchief to mop his brow several times during a critical presentation to Parliament’s portfolio committee on social development about the agency’s readiness to take over the payment of grants to some 17-million South Africans come April 1 when the irregular CPS/Net 1 contract expires.

South Africans who depend on their grants – which amount to around R10-billion a month – for survival, will still be paid on April 1 even if SASSA might be breaking the law or in fact be in contempt of a Constitutional Court order that the current contract with Cash Paymaster Services/Net 1 is irregular and invalid.

In essence, SASSA is holding the Constitutional Court and Treasury – which in October 2016 reversed an order to condone a R316-million irregular payment made to CPS to re-register social grant beneficiaries – hostage to, as opposition party members phrased it, “a manufactured emergency”. Treasury has also said it would not provide the department with any further funding to extend the contract.

On Wednesday, SASSA revealed what everyone keenly watching developments (or rather non-developments since the ConCourt ruling in 2013) had feared, and suspected: that it was nowhere near ready to assume the critical function and had, in fact, not fulfilled even a single one out of the seven deliverables set out by the Constitutional Court.

The agency plans to approach the Constitutional Court on February 8 to apply for a deviation to enter into a new contract with CPS.

There is no plan B, it appears, for the possibility that the court will not grant the deviation, however, Magwaza told the committee that SASSA’s legal team had been advised that the ConCourt would grant the option as “it is in the national interest”.

In other words, an ambush.

“If you ask me to choose between irregular [processes] and the country going up in flames, I choose irregular,” Magwaza told the committee to some audible gasps in the room.

Earlier SASSA’s executive manager of strategy and business development, Raphaahle Ramokgopa, admitted that SASSA had failed in its duty and was also yet to approach the Constitutional Court with an application to extend the already irregular contract. Ramokgopa also set out “risks that need to be managed” including that while the contract with CPS/Net 1 ends on March 31, cards expire in December 2017.

MasterCard had given the agency, she said, the assurance that on April 1 all cards would still be operable. However, cards using the biometric system and predominantly used for the cash payouts – which affected between three and four million recipients – “may not have the alternative PIN activated on their card” and thus may not be able to use the National Payment System infrastructure.

“These encryption keys too can be extended automatically over the next few months when beneficiaries draw their cash, however an agreement needs to be reached with CPS, as their proprietary system is used for these payments.”

In other words, even CPS/Net 1 had not yet been approached, according to this version, to determine whether it would indeed be interested in continuing the highly lucrative contract which an amaBhungane investigation recently revealed has interesting links to Minister Dlamini herself.

On Wednesday Ramokgopa said that given the limited time left “it may not be possible for SASSA to successfully issue an expression of interest or for the banks to respond in a meaningful way”.

SASSA recommended that the committee support the implementation of a short-term plan to “extend the suspension of the invalidity of the current service provider (for phase-out purposes)”. It also requested that the committee support a medium-term plan to use banking infrastructure through “limited banking accounts for the payment of social grant payments” as well as using South African Post Office infrastructure to extend the social grants payment network.

SASSA, said Ramokgopa, hoped to issue a closed bid by the end of March 2017 with banks expressing interest by May 2017 and contracting to begin by June 2017. The finalisation of the process, said SASSA, would take place in October 2017 with the first co-branded cards issued in that month.

Earlier the SASSA presentation in committee room 341 got off to a tetchy start when opposition party members refused to accept an apology from Minister Dlamini for not attending as she was at a Cabinet lekgotla in Pretoria.

Dlamini had also not pitched for the January 25 meeting with officials saying she was at an ANC party lekgotla. It turned out, however, that Dlamini had instead travelled to Addis Ababa on ANC Women’s League business.

When committee chair, Rose Capa, again tendered the minister’s apologies on Wednesday the DA’s Shadow Deputy Minister for Social Development, Lindy Wilson, was first to slam on her microphone.

“What is more important – 17-million South Africans or the ANC lekgotla? I do not accept the apology. I think it is a damn disgrace,” Wilson lashed out.

She was followed by a clearly irritated Liezl van der Merwe of the IFP, who also rejected the minister’s apology and asked whether Dlamini might have misled Parliament on January 25 when she had said she was at an ANC party lekgotla when she was in fact on ANCWL business in Ethiopia.

“She has shown no leadership on a matter that is a national crisis,” said Van der Merwe.

Van der Merwe also did not hold back with regard to the extension of the CPS contract, labelling the company “a bunch of crooks”.

“What are you going to tell South Africans? This is the very same company that has stolen money from them for years illegally. Pensioners and grant beneficiaries have said that there were deductions on their grants,” said Van der Merwe.

ANC committee members attempting to deflect attention and fashion a silk purse out of a sow’s ear said it was because of ANC policy that South Africans were receiving grants in the first place. All three ANC committee members in attendance, Hope Malgas, Solomon Mabilo and Sibongile Tsoleli, said they were satisfied with the SASSA presentation and the “journey” it mapped out for the future.

Later DA Shadow Minster of Social Development, Bridget Masango, and her Deputy, Wilson, issued a joint statement announcing a briefing to be held on Thursday to present a plan “to ensure that the Minister of Social Development, Bathabile Dlamini, and the South African Social Security Agency (SASSA) are held accountable for their failure to secure a credible service provider for social grant payments.” DM