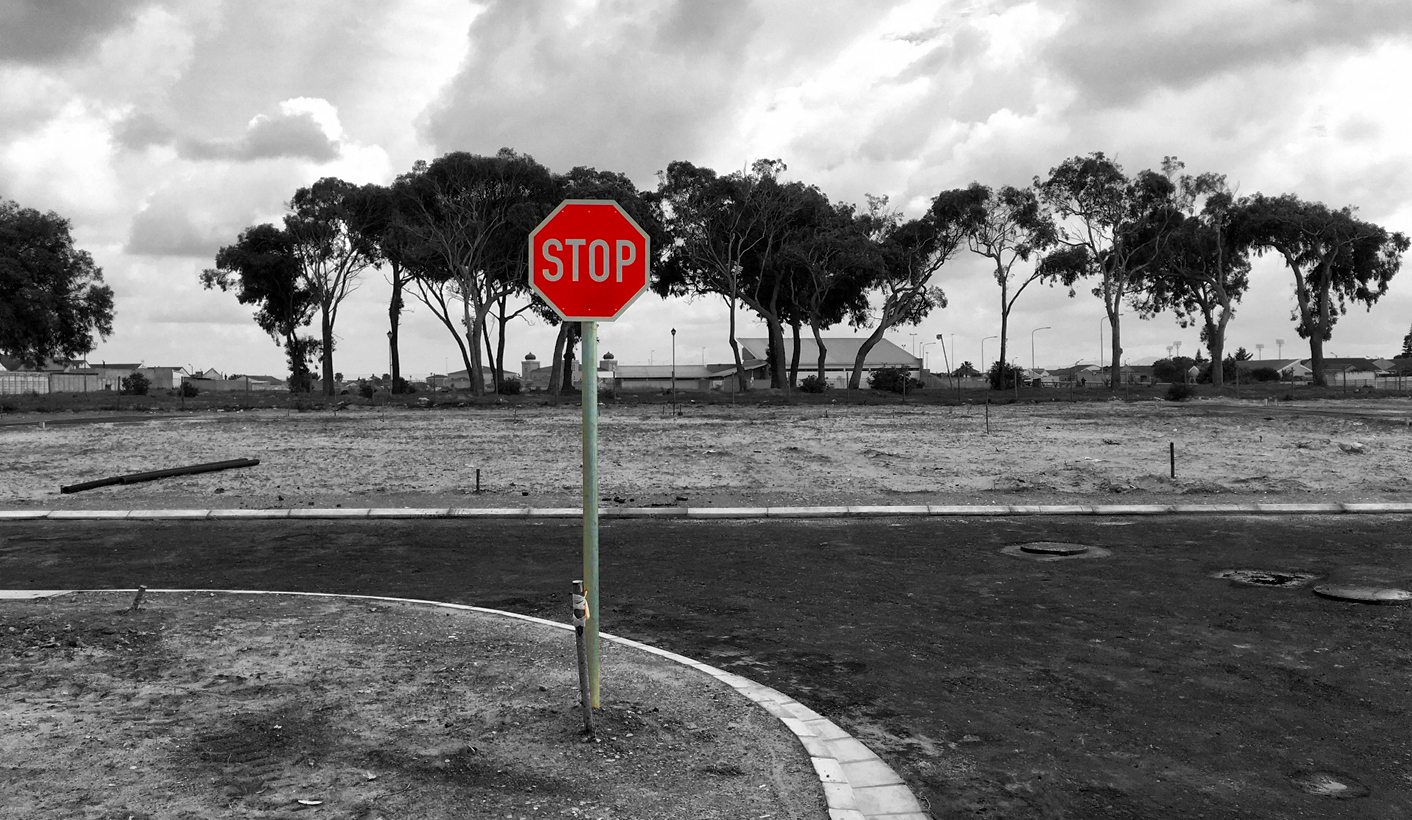 We must challenge planning and land use management if we want Cape Town to be a more equal city. By Noah Schermbrucker for GROUNDUP.

In the last few years a number of flash points have highlighted the unequal ways in which Cape Town continues to develop. Recent examples include the attempted evictions of tenants in Woodstock and the flats bordering De Waal Drive , and the proposed sale of the Tafelberg school site.

Underneath these crisis moments, which catalyse public attention and civil society action, runs a system of rules, regulations and planning ordinances which foster a divided city. These are the hoops and hurdles which make it too expensive and cumbersome to develop pockets of well located land, which support the protests of wealthy neighbours and ratepayers against inner-city housing, and which place the burden of improved development on the poor and not on the City of Cape Town.

By challenging and re-drafting these bureaucratic processes, a systematic change to the shape of the city becomes possible.

Mobilisation for a more inclusive Cape Town is often a reaction to crisis and is not based on a considered analysis of planning and land use management. It is one thing to hold city authorities accountable for action already taken, but another to propose a detailed methodology for re-shaping the city. If the goal is to build dense and affordable housing for the poor in well located areas, civil society needs to understand the precise planning mechanisms and regulations that inhibit this possibility, and to challenge them.

Having been involved in a community-driven low-income housing development in Colorado Park in Mitchells Plain, I recall numerous small examples where bureaucratic rules were weighted against the poor.

Objections from the ratepayers’ association managed to halt the development in 2011 and decrease the number of units from 90 to 49. These objections were founded on the basis that local properties would lose value and that new homeowners (backyarders from Mitchells Plain and Manenberg) would “clog the sewers and attract lots of flies”. The local councillor actively supported the ratepayers’ objections. Ironically many of the ratepayers who protested against the development had backyarders illegally in their own properties!

Is it illogical to question why such a process cannot be waived, or at least weighted in favour of subsidy housing beneficiaries? Or why local councillors are motivated to protect ratepayers’ interests at the expense of more equal housing opportunities? Surely the overarching socio-spatial goal of building an inclusive city trumps objections that are poorly researched and selfishly motivated?

If the construction of a boundary wall is demanded by the city to enact subdivision rights, should the housing beneficiaries be responsible for financing the wall even if no provision is made for it in the state subsidy? And if so, should they not have the right to build the cheapest wall possible out of a material of their choosing – rather than the city demanding they use blocks which, in effect, hide their houses from the road.

One has to question whether the roads, storm water and electrical departments have to be so strict in their application of norms and standards as to jeopardise entire projects on the basis of minor technical snags. By all means, ensure that the quality of services to the poor is equal to those in wealthier areas, but show some flexibility in order for service delivery to go ahead. And don’t heap extra costs on beneficiaries and/or pro-poor developers by forcing them to meet non-essential standards.

City departments provided contradictory information about subdivision rights, reneged on previously stated positions or imposed further bureaucratic hurdles to processes that had already been agreed. For example, project management informed us that we would not need to install electrical infrastructure to meet the conditions of subdivision as – given the security risks – this could be done concurrently to housing construction. This proved to be false, with the electrical department categorically stating the development would not be cleared unless electrical infrastructure had been installed and passed. As the infrastructure was pre-financed, a significant capital outlay from the developer was needed and in spite of commitments to refund within 30 days, repayment from the city has been a slow and cumbersome process. When screening beneficiaries for the project, the Western Cape provincial government took two months longer than agreed to process names, delaying various processes and the project as a whole.

All these small rules and regulations piled on top of each other delay delivery, and increase the cost, of a more integrated city. Politicians advocate pro-poor policies but then technicalities are used to evade responsibility for delivery. And it is easier (and faster) to provide housing and amenities on the edge of the city – entrenching rather than redressing inequality.

Without being overtly cynical one can read recent high-level structural changes in the City of Cape Town in this light. While Mayor Patricia de Lille notes that she “refuses to build 40km from the city“, is this really feasible without fundamentally re-examining planning and land use management practices and legislation, and without the introduction of a detailed pro-poor land policy?

If civil society wants to fundamentally change the way Cape Town continues to develop, activists need to advocate and promote a pro-poor land policy that addresses all the technical complexities of accessing, developing and delivering well-located land for the poor. This would involve understanding, debating and challenging existing legislation, using practical examples as a basis. Such an approach can only add weight to existing efforts to re-shape the city along more equitable lines. DM

Schermbrucker is a project manager for People’s Environmental Planning (www.pep.org.za). He has six years experience working on housing, water and sanitation projects across Southern Africa.

Primary image caption: Small rules and regulations piled on top of each other make it harder to transform Cape Town into a more equitable city, says the writer. Photo: Noah Schermbrucker