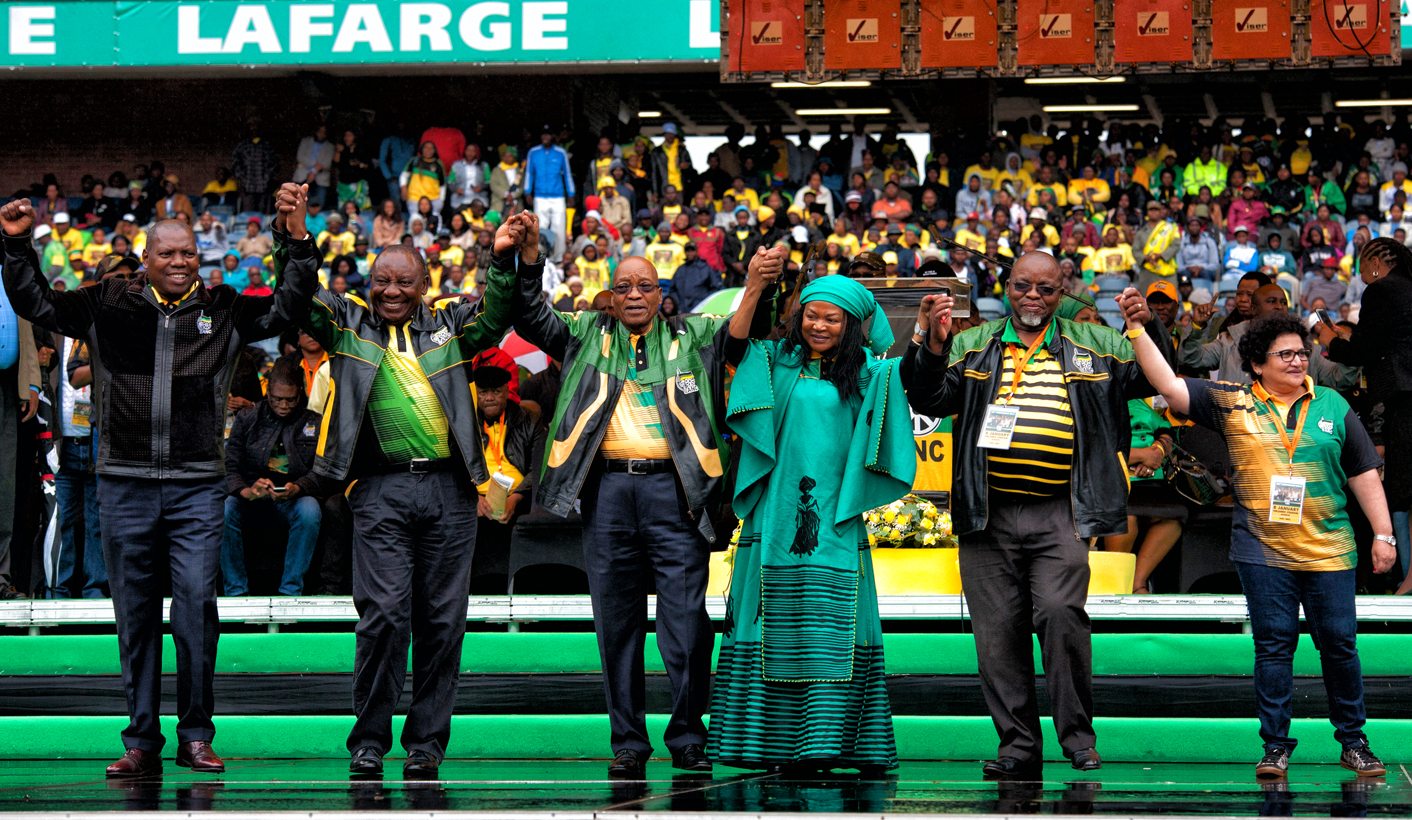 As more details emerged at the weekend about the covert operation to pump up the ANC’s election campaign and spread fake news about opposition parties, the party continued to deny knowledge and involvement. It has “nothing to do with the ANC” was spokesperson Zizi Kodwa’s response to a report of a secret recording implicating ANC general manager Ignatius Jacobs in the war room operation to influence public opinion during the election period. This is not only about the criminal acts and big personalities being shamed. It is also about the erosion of trust and further diminishing of the ANC’s credibility. By RANJENI MUNUSAMY.

All these people speak for and on behalf of the ANC. Rarely do you find them saying the same things.

Then there is the problem of who is the authentic ANC? The national executive committee elected at the last national conference in Mangaung in 2012? The Zuma camp elected at Polokwane in 2007 – before they all turned on each other? Thabo Mbeki’s ANC? Nelson Mandela’s ANC? The ANC in exile? The struggle veterans who have served in the party structures for over 40 years?

Of course, the ANC prides itself on being a “broad church” made up of and representing people from all walks of life. But it is problematic when the interests and messaging of those who lead the party are conflictual. It is even more of a dilemma when doubt is cast about whether the elected leadership represents the true values and essence of the ANC.

After the ANC’s decline in the 2014 election, it was quite clear that the 2016 local government elections would be an uphill climb for the party and that they were in serious danger of losing control of the metros. It is hardly surprising therefore that the ANC would have employed new tools, particularly social media, and additional resources for its election campaign.

But if there was confusion previously about the ANC’s voice and messaging, the 2016 campaign splintered these even more. It became difficult to identify what exactly the ANC was telling its voters with an explosion of people speaking, seemingly on behalf of the ANC.

Official campaign messages were drowned out by crude attacks on the opposition, social media bullying of journalists, celebrity “twars”, government spokespeople usurping the ANC’s voice, and concerted efforts to present the ANC as “trendy”. Selfies of people in ANC regalia flooded social media. The ANC even held a fashion show to showcase its brand. The “dab” was all the rage.

It certainly was an energetic and obviously high-budget campaign. With all this activity, the ANC suffered heavy losses in the election, dropping to 53.9% nationally and losing control of three metros. One of the main reasons for this is that through all the noise and Twitter trends, the ANC did not pay significant attention to the issues that impacted on voters. Delivery failures, corruption, wastage of taxpayers’ money, scandals involving ANC leaders and the refusal to be held accountable all created negative perceptions among the electorate.

It is convenient to blame the media for generating and fuelling these negative perceptions. But the reality is that the ANC created the basis for adverse commentary in the media by failing to do its job or doing it badly.

We now know that the ANC campaign went beyond what was apparent and engaged in a “black ops” manoeuvre to influence public opinion. AmaBhungane reported that a covert war room was set up on behalf of the ANC with a planned budget of R50-million to pay people to create false narratives favouring the ANC and targeting opposition parties. This included printing fake opposition posters, which is in violation of the Municipal Electoral Act and the election code of conduct.

The story broke after public relations consultant Sihle Bolani, who worked on this covert campaign, brought a case against the ANC for non-payment. It created a sensation because of the large amount of money and the personalities involved, one of which is Shaka Sisulu, grandson of struggle icon Walter Sisulu. The story also proved that certain people were being paid for their pro-ANC tweets.

On Sunday, amaBhungane revealed in City Press that Bolani had secretly recorded meetings with ANC officials at the party headquarters, Albert Luthuli House. The recordings implicate the ANC’s general manager Ignatius Jacobs in directing the campaign to take a “dig at [the ANC’s] opponents” and also confirmed that R50-million was the targeted budget for the campaign.

Despite attempts by the ANC and Sisulu to distance themselves from the activities of the war room and to play down the black ops campaign, there are serious implications.

The claim that the ANC’s senior leadership did not know about the war room is no excuse for what happened. How could millions of rand be raised in the name of the ANC without the knowledge of the officials? The fact that it was done during an election campaign is even more damning as all parties should be extra careful to avoid scandals during an election period. Second, how could a covert operation be run from the ANC headquarters without anyone else knowing about it? What else goes on in that building, possibly illegally, that the officials do not know about?

The most serious indictment on the ANC leadership is why so many people felt comfortable in engaging in surreptitious and illegal behaviour on the ANC’s behalf. Did they not fear getting caught out and facing negative repercussions for trying to manipulate South African voters?

Is it that the prevailing atmosphere in the ANC is to disrespect the public and to treat people like idiots? Was that the reason this group of people felt it was perfectly acceptable to raise millions of rand and wilfully engage in behaviour to deceive voters, all in the name of the ANC?

The ANC cannot simply wash its hands or throw someone under the bus. If it wants to affirm its credibility, there needs to be a thorough investigation into who was involved, how the money raised was spent and a disclosure of all the activities of the war room. Those who committed illegal acts, such as producing fake opposition party posters, should be charged.

But the ANC also needs to ask itself some hard questions.

Why has it surrendered its brand and its voice to a range of people who use and abuse them as they please? Why are government spokespeople speaking for the ANC and using the party to elevate their own status? Why are celebrities engaging in social media fights on behalf of the ANC? Why do so many people feel entitled to use the ANC brand to amass wealth for themselves?

And why is the ANC’s image so diminished?

The answer to these questions is that the ANC leadership has lost control and is disrespected by the very people who claim to be advancing their cause. If the ANC wants to deal with the chaos in its communications structure, it must shut down the gallery of illegitimate people peddling “alternate facts” and outright lies on the party’s behalf.

The ANC should wake up to the fact that neither “fake news” nor “paid Twitter” has helped the party win votes or public confidence. The social media pseudo-celebrity pack are in fact doing further damage to the ANC brand and eroding the credibility of the party.

Hillary Clinton had the world’s biggest stars campaigning for her and still lost the US elections to someone who could not even get a G-grade celebrity to sing at his inauguration. The next election in South Africa will be won by whoever best taps into people’s interests and needs. And there will be dire consequences for those who continue to lie to and disrespect the people of this country. DM