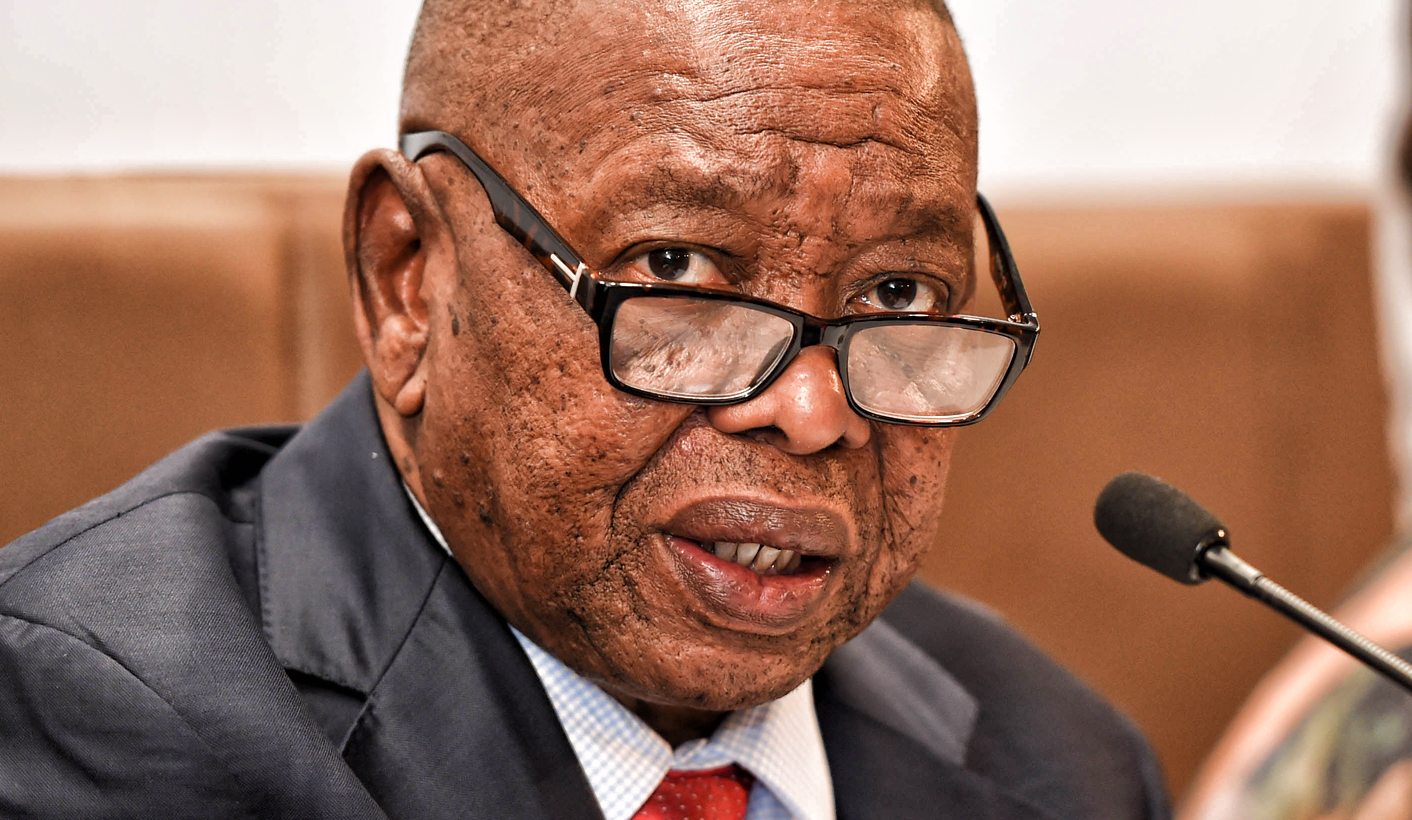 With all the interventions – government covering fee increases, a commission of inquiry into higher education, budgetary increases, and a new pilot funding model being tested – Higher Education and Training Minister Blade Nzimande hopes 2017 will be the year the sector finds stability. That hope may be in vain. By GREG NICOLSON.

Faced with the year’s first direct challenges to the higher education system, Higher Education Minister Blade Nzimande was confident on Thursday. The planned protests at Technical Vocation Education and Training (TVET) colleges had only closed a few campuses, with no reports of violence or initimidation, he said, while commending student leaders on their approach and committing to further engagement.

Speaking on stakeholder meetings before the academic year begins, the minister said, “These important engagements have imbued me with much confidence about the prospects for higher education this year amid early suggestions that many of the challenges which affected our sector in 2016, including fees and student accommodation, are being addressed substantially.”

Protests rocked the higher education sector in 2015 and 2016, as university students demanded free, quality, decolonised education, while also prioritising campus-specific concerns. The protests caused many universities to suspend academic activities, caused hundreds of millions of rand in damage, and led to violent confrontations between students, police and private security guards, as well as to many student arrests. The protests also forced government to make a number of interventions and Nzimande this year hopes those efforts can return stability to the sector.

Student protests looked set to expand recently after the South African Further Education and Training Student Association (Safetsa) announced it would embark on a national shutdown at TVET colleges across the country. The organisation said the poor quality of lecturers, insufficient NSFAS funding, delays in issuing certificates for courses completed, inadequate learning facilities and a lack of student accommodation had pushed them towards protest.

Nzimande said colleges face “many more challenges than we are facing at our universities”, stemming from mismanagement when colleges were a provincial rather than national government responsibility and a lack of funding. He said Safetsa’s grievances were legitimate and were being taken seriously.

The minister said his director-general had been tasked with establishing a TVET intervention task team and he would meet Safetsa leaders on Friday. Three new TVET campuses are due to open this year, with another eight in the pipeline. Government was looking at partnerships with universities to train college lecturers and is committed to expanding student accommodation for students, Nzimande said.

Improving TVET colleges, however, is a long-term challenge. “I can tell you now, if government does not increase funding to colleges we are going to face enormous problems,” said the minister. Students are already being turned away because colleges are full and long-tern underfunding has meant the TVET sector has failed to expand sufficiently. Nzimande said government was committed to increasing funds but needed to figure out where the money would come from. While noting recent budget increases, he blamed the underfunding of the higher education sector on the Growth, Employment and Redistribution policy, better known as GEAR, and government’s embrace of neoliberal economic policy.

Daily Maverick on Thursday couldn’t reach Safetsa representatives and it is unclear whether they share the minister’s optimism about being able to improve the TVET sector while maintaining stability. Nzimande had hoped to meet Safetsa earlier this week but was unable to. He said the meeting will take place on Friday. He also said student leaders should be involved in the department’s TVET intervention committee. While the minister on Thursday said only a few colleges have been closed, Safetsa leaders have been quoted as claiming that around 20 institutions had been shut down in several provinces.

The minister was not as confident when speaking about the potential for disruption at universities, where he has often been criticised as he had struggled to show leadership during two years of protests. On Thursday he remained sceptical but hoped student leaders would help stabilise the situation.

“It’s very difficult to answer the question on whether we expect protests this year or not. We’re hoping that there won’t be protests but also at the same time we’re preparing ourselves that if there are protests we must be able to ensure that there is ongoing dialogue, that there is no destruction of property and that university managements have got a responsibility to secure university property so that it is not vandalised and so on,” said Nzimande.

The minister blamed those with political agendas around #FeesMustFall – he mentioned the EFF and “ultra-left expatriate academics” – for the ongoing protests. He blamed “hooligans” for the violence and questioned why student leaders could not control such elements.

“Indeed, we are aware that no matter what we do as government there are those who have identified student protests as part of their agenda to fight government. It’s very clear to us that even if today I wake up and say all higher education is free they will find some other reason to protest,” said Nzimande.

On the matter of University of Pretoria students facing criminal charges for participating in protests who have been asked by the varsity to justify why they should be able to register, and commit to not protesting in future, the minister said each institution must deal with its own challenges and they cannot ignore the issue of students facing charges.

Protesting students should not destroy their universities in the name of transformation, he continued. Nzimande said private institutions are looking to fill the gap caused by instability in the higher education system and destructive protest could lead to a situation, as in other parts of Africa, where private institutions dominate, with quality education reserved for the rich and “fly-by-night” institutions for the poor. If rich parents and foreigners decided to send their children to private institutions or abroad it would deprive South Africa’s public system of vital funding and would cripple the education system, he said.

Dr Ahmed Bawa, CEO of Universities South Africa, shared some of Nzimandes’s optimism for the future. He noted the different interventions in the sector, in addition to the state’s decision to cover fee increases for poor and “missing middle” students, such as the commission into the feasibility of free higher education, the potential policy regulation of fees, as well as NSFAS covering all qualifying students’ registration fees and the new Ikusasa pilot project that could end up succeeding NSFAS. “There are a range of new processes in place. I think the next two years might put us in a very different position to the position we are in at the moment,” said Bawa.

The protesting student movement, however, includes different groupings and different opinions on ideology and strategy. In January last year, some students were already protesting during registrations. It appears students are now willing to engage on the government’s attempts to tackle the sector’s challenges. But the lack of protests so far at universities this year is no indication campuses won’t see demonstrations soon. Protesting students have reason to doubt Nzimande’s commitments. While there’s a commission of inquiry looking at the feasibility of free higher education, there’s no certainty it will support free education, nor that President Zuma might implement the recommendations. It’s likely the protests will continue – what tactics students employ is the question. DM