The Afcon day that was: January 17 – Never Ghana let you down 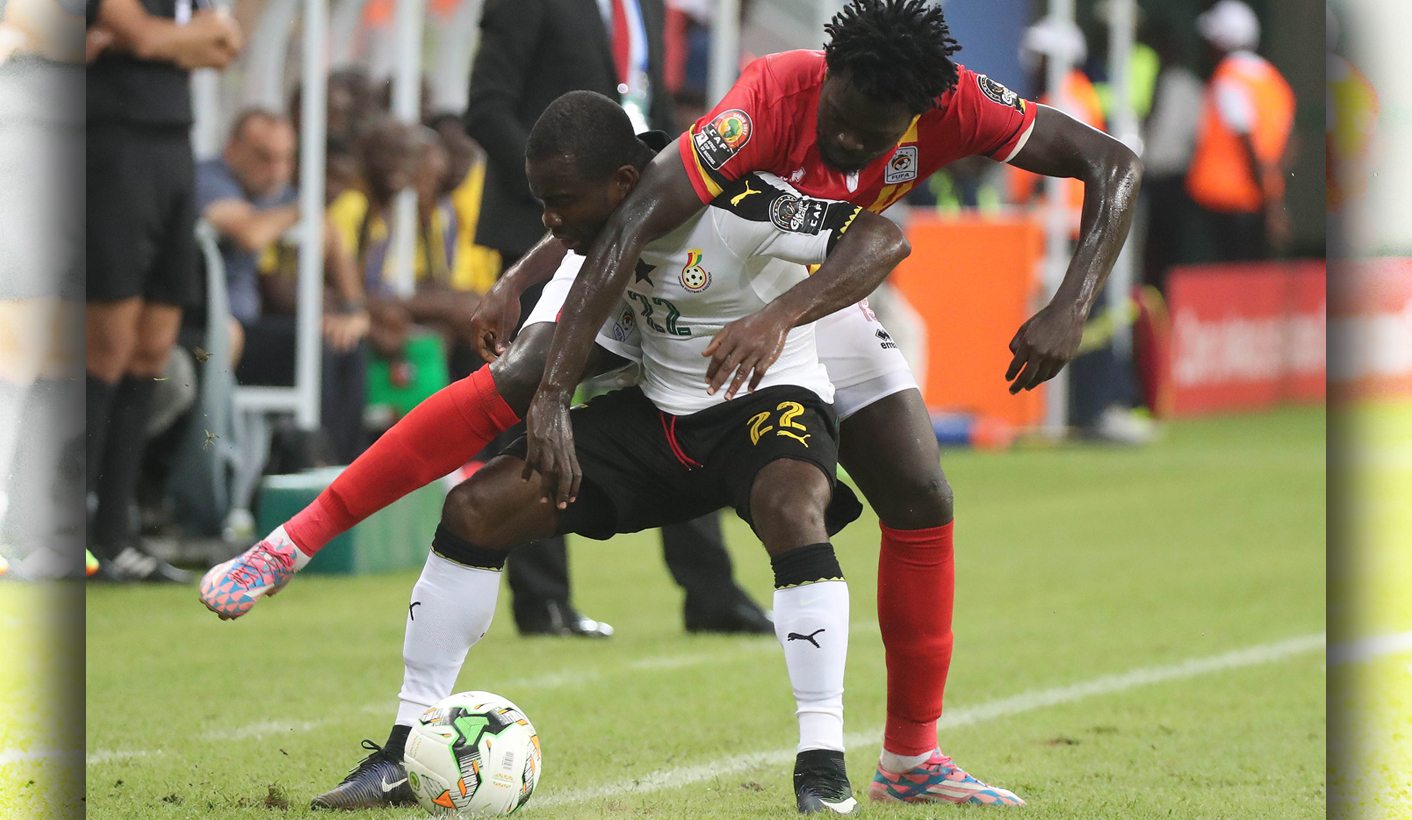 Ghana edged a 1-0 win over Uganda to top Group D, but elsewhere things were pretty dull and dreary for the first time in the tournament. Aside from the 43-year-old guy who became the oldest ever player in an Afcon match. By ANTOINETTE MULLER.

Tuesday was one of the duller days of the 2017 Africa Cup of Nations so far. On the pitch, none of the Group D teams really managed to razzle, dazzle or even frazzle their opposition. We admit, we might have been slightly misleading with the headline because if you’re following this tournament for the thrills and spills, Tuesday was a bad day to tune in.

All teams have now completed round one and as sides begin to tussle for points, we can only hope that we’ll be lulled into the slumber induced by Tuesday’s dreary displays. Off the field, there was not even a hint of a strike; in fact, it was quite the opposite for Ghana. Here’s a recap of what you might have missed.

Mali and Egypt play out the perfect bedtime slumber

It took until the 86th minute before Egypt’s goalkeeper even had anything to do. So utterly dull was the clash between Mali and the seven-time champions. Much like Tuesday’s other Group D match, it was very much a case of going through the motions, but players barely motioned past the final third. For the first time in this tournament, the 0-0 scoreline was as yawn-inducing as it sounds.

Never Ghana let you down

A penalty from Andre Ayew, which saw him eclipse his father in the Ghanaian goal scoring stakes, was enough to secure a 1-0 victory for the Black Stars in their opening Group D fixture against Uganda on Tuesday. Ayew now has scored seven goals in Nations Cup finals, one more than his father Abedi Peli, who made 73 appearances for the Black Stars, scoring 33 goals. Ghana were the dominant team for much of the match and while Uganda pushed hard, they could not find a way back into the match. After Ghana’s goal, they parked the bus in what petered out to be a rather subdued encounter. [AP]

Ghana say there will be no bonus row this time

We’ll believe it when we see it, but Ghana’s players have reportedly agreed to accept whatever win bonuses might come their way. With planes carting in cash at the 2014 World Cup and a bonus row in 2010, the Ghana football Association claims players have agreed to terms because they want to show they are “motivated by more than money”. That’s how all good bonus rows start. [BBC]

When it’s a slow news day, a coach’s shirt makes the headlines

The big news coming from the Ghana camp pre-match (aside from accepting their bonuses) was that Avram Grant changed his usual blue shirt to a grey one. Yes, really. In fact, ghanasoccernet.com went a step further in their astute analysis of his shirt colour, referring to it as an “ash/dark teal” shirt. There is method to this madness, though. Grant wore the same blue shirt for the whole of the previous edition – where Ghana made it to the final and lost to Ivory Coast on penalties – and said it was “a lucky shirt”.

Away with your Zim Dollar jokes, that currency is no longer in circulation so your joke can’t be funny. But according to Zimbabwe Football Association (Zifa) president Philip Chiyangwa, the Warriors are the best paid team at the tournament. He claimed that he budgeted $5-million (that’s USD if you’re still trying to make a cheap joke) for the tournament and rumour has it Zim’s players were demanding $5,000 per match. That was negotiated after a strike, obviously. [Daily Sun]

Rwandans get behind Uganda

Watching sporting tournaments is far more fun when you have a horse to back – just ask anyone who has ever drawn Japan in a Rugby World Cup office stakes. More ardent sports fans tend to make their picks a bit differently. In the soccer world cup, Africans tend to support African teams, but what do you do when you’re watching an African tournament and you’re from Africa? You pick the team closest to you, of course. While many South Africans have already shown a fondness for Zimbabwe, Rwandans have latched onto Uganda. So much so, that it’s making news in the country. Rwanda’s leading English Daily The New Times spoke to a grand total of two people out of the country’s nearly 12-million population, and proclaimed that Rwandans are definitely backing their East African neighbours.

“I have studied the history of the Cup of Nations and it is littered with upsets. Remember, Zambia won the 2012 title here (Libreville) against massive odds. The days when higher-ranked countries could go into a group game confident of winning convincingly are long gone.” – Cameroon coach Hugo Broos shows some love for the unpredictability of this tournament.

Egypt’s Essam El Hadary became the oldest ever player to feature in an Africa Cup of Nations tie on Tuesday night. He’s 43.

Photo: Frank Acheampong of Ghana evades challenge from Moses Oloya of Uganda during the 2017 Africa Cup of Nations Finals football match between Ghana and Uganda at the Port Gentil Stadium in Gabon on 17 January 2017 ©Chris Ricco/BackpagePix