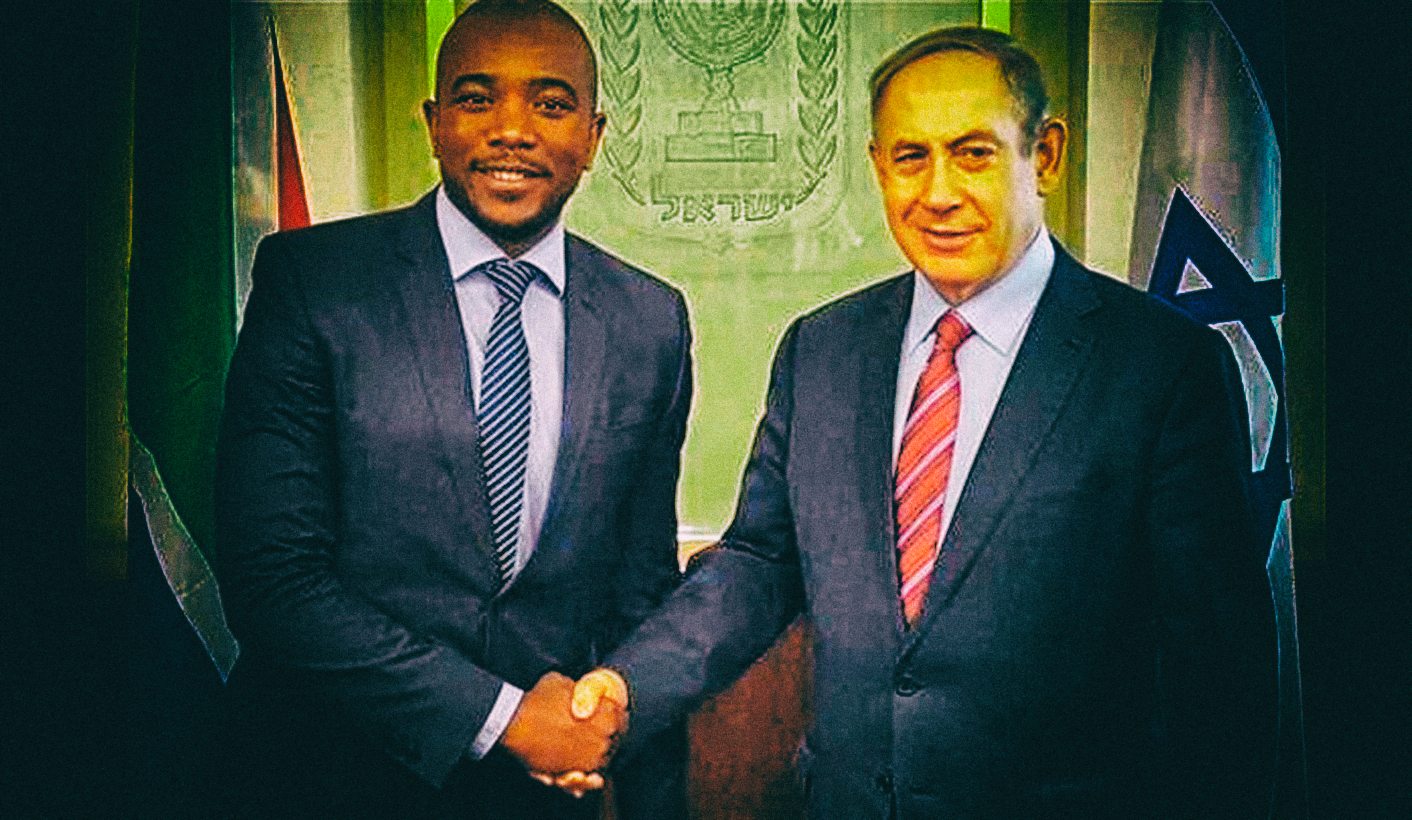 The Democratic Alliance on Monday continued to defend its leader Mmusi Maimane’s controversial visit to Israel and Palestine. Despite denials, it seems clear the DA’s visit to Israel was more organised than its jaunt to Palestine, and the ANC has latched on to the opposition’s failure. By GREG NICOLSON.

The South African embassy of the State of Palestine on Monday began a new round of allegations and counter-allegations regarding the trip DA leader Mmusi Maimane and party MPs took to Israel and Palestine. The embassy said it was not informed of the opposition leader’s visit, nor did it or the Palestinian ministry of foreign affairs know of any planned meetings with Palestinian politicians.

“In fact, it is offensive that one would travel to the occupied Palestinian territories as a guest of the occupier and on a trip facilitated by the oppressor,” said the embassy in a statement.

The ANC has long linked South Africa’s struggle for freedom to that of Palestinians and during its visit to the Middle East the DA was accused of misrepresenting South Africa’s position abroad, flaunting diplomatic protocol, and snubbing Palestinians in favour of Israelis.

The DA has defended Maimane’s meeting with Israeli Prime Minister Benjamin Netanyahu by claiming he was in the region to learn about the conflict in the interests of establishing peace. He visited both Israel and Palestine and attempted to meet leaders from both sides. The Palestinian embassy, however, questioned the DA’s commitment to meet its leaders, claiming it wasn’t told of the visit and that the party’s statements lacked details on who its delegation planned to meet.

Hassona Aldramly, the Palestinian embassy’s first secretary, accused the DA of taking the trip in response to the ANC government’s critical stance on Israel. He emphasised that his embassy had never been notified of the planned trip, despite most politicians who visit Palestine getting in touch prior to making their visits.

The DA on Monday called the critical statement from the Palestinian embassy “simply inaccurate and most unfortunate”.

“The DA had a confirmed meeting with Palestinian Authority President Mr Mahmoud Abbas, and had informed South Africa’s Embassy in Ramallah of the meeting, and had invited South Africa’s ambassador to join the meeting,” the party said in a statement. It released e-mails outlining Maimane’s attempts to meet Abbas and said the DA met with human rights activists, refugees and the business community in Palestine.

“There’ll never be a good time to go to Israel because of the strong opinions that exist on either side,” she said.

In Paris this week, delegates from states around the world committed to finding a two-state solution to the ongoing conflict. Van Damme said fallout from the trip has focused on the DA’s visit to Israel, but she denied the party was choosing sides. The party’s MPs went to both Palestine and Israel to understand the situation, she said, and any accusations of favouritism that aren’t backed by facts were “pure propaganda”.

The DA has been adamant it showed equal interest in both Israel and Palestine, but there are clear differences in how the party interacted with the different embassies. While the DA communicated with the office of Palestinian President Abbas – Maimane was unable to meet him after the president cancelled their appointment – Israel’s ambassador to South Africa, Arthur Lenk, on Monday said his office had known about the DA’s trip for about a month. The Israeli embassy didn’t organise or sponsor the trip but facilitated some meetings, he said.

“The last thing we want to do is be in a domestic issue in South Africa. The embassy is here to reach out to South Africans,” said Lenk. He said it is great that a diverse range of South Africans, including past and current ANC politicians, visit the Middle East to understand the issues for themselves. “I don’t think I have a place to criticise one party or another,” said Lenk.

In a stern statement on Friday, the Israeli embassy said the ANC’s response to Maimane’s visit, claiming it was “funded and controlled” by Israel’s backers, was stifling peace negotiations and “used horrific Holocaust imagery to attack Israel”.

“Today’s ANC seems not ready to talk, listen, travel or interact. And it attacks people who do. What a loss for South Africa and the world,” said the embassy. President Jacob Zuma, during the ANC’s January 8th statement address, discouraged South Africans from visiting Israel.

The DA’s Van Damme on Monday said the trip was privately funded by a donor. She could not disclose who the donor was as “standard DA policy on donors applies”.

The failure to meet the Palestinian president and ongoing speculation around the DA’s trip means that in a year set to be dominated by ANC politics, the DA has opened itself up to attacks from the ruling party.

“For an organisation that lays claim to the values of Comrade Mandela, which include an unwavering solidarity with the Palestinian people, this is hypocrisy at its worst. It is our hope and expectation that the DA will act with the same vigour directed at ANC leaders to hold their own leader, the mendacious Mmusi Maimane, to account,” said the ANC’s Zizi Kodwa on Monday, before the DA released e-mails of its planned meeting with Abbas.

“The DA must admit where it stands, instead of pretending to be neutral while holding the hands of the oppressor – quite literally,” said South Africa’s BDS Campaign, which has led a programme to boycott Israeli goods. DM