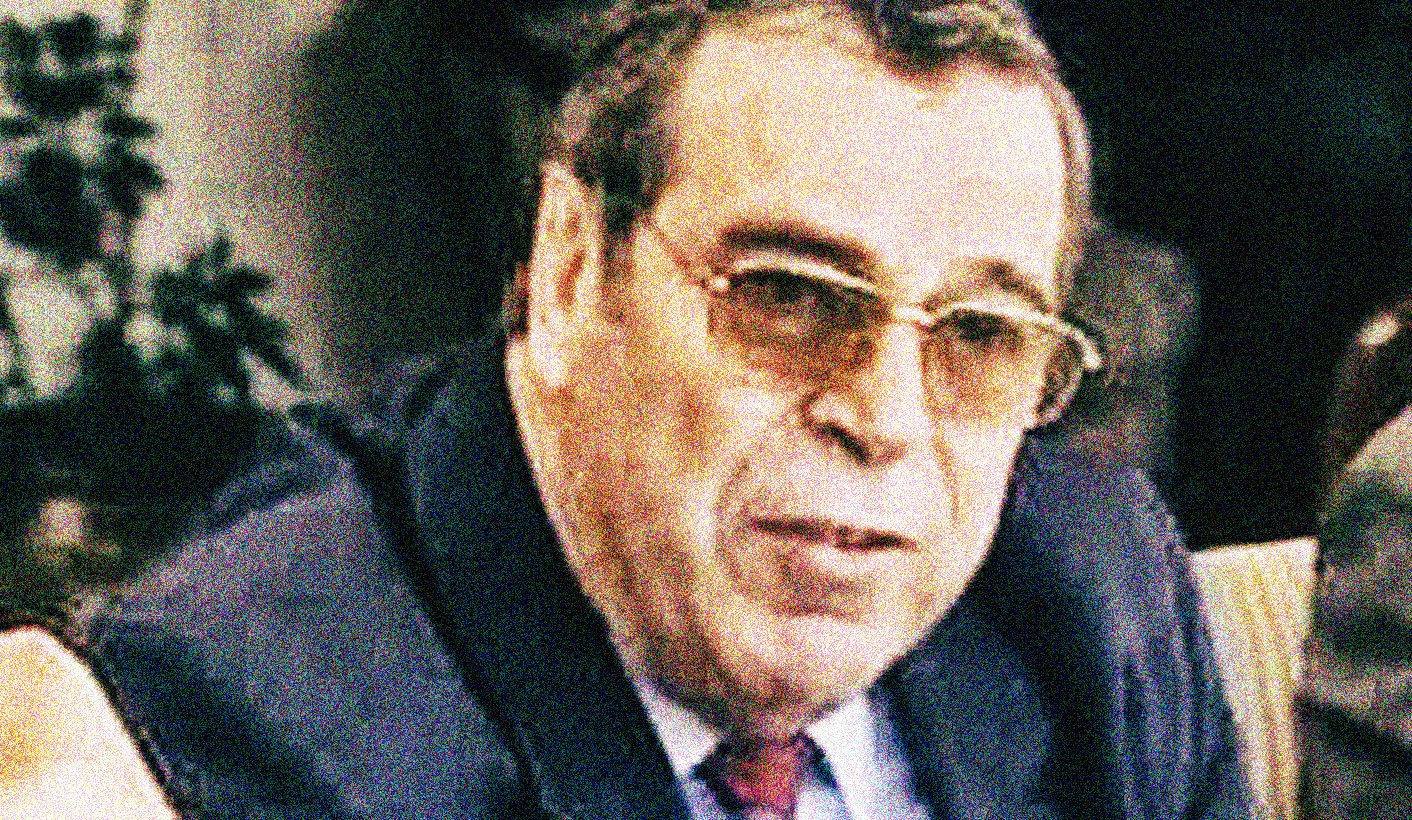 What media reports have largely glossed over is crucial new evidence from the unlikeliest source, Dr Chris Stals, the consummate insider. By HENNIE VAN VUUREN and MICHAEL MARCHANT.

News broke last Friday that the Public Protector’s leaked report into the Bankorp/Absa “lifeboat” scandal dating back to the dying years of apartheid rule called for Absa to repay over R2-billion to the South African fiscus. The public response was cacophonic. Depending on your vantage point, media reports suggested that this was one of two things: Either a leak conspired by Public Protector Busisiwe Mkhwebane and the Gupta crony capitalists, or proof of a cover-up inspired by a small cabal of super-rich white capitalists.

There has been little room for nuance in this debate, as it has become a proxy for simmering tensions that exist in South Africa. Everyone has used it to take potshots at their opponents and their proxies. Even an EFF splinter group, Black First Land First, have used it to lambaste Julius Malema for being a sell-out to capital.

The manner in which the issue has been debated on social media is reflective of a lack of trust in important institutions such as banks, the media and the public protector’s office. It is equally a failure by some sections of the media to get the story right. Instead, the report was leaked without a thorough investigation of the issues.

The fascination with the shadowy British firm of bounty hunters, CIEX, run by former government spooks from that country, is a distraction. Their name is repeated like some kind of mantra that will fix all the crimes of the past. All that the CIEX report does is to suggest that there was widespread corruption during the last years of apartheid rule, without providing any hard evidence.

It would be foolish for anyone to think that in an authoritarian secret system like apartheid during the 1980s there wasn’t extensive corruption during the height of the sanctions period. Our over-reliance on such single sources of information underscores the need for this country to reckon with its past and not leave the dirty work to outsiders.

What media reports have largely glossed over is crucial new evidence from the unlikeliest source, Dr Chris Stals, the consummate insider.

Stals worked at the South African Reserve Bank for 44 years starting in 1955. He served every head of state from JG Strijdom to Thabo Mbeki and was appointed Reserve Bank Governor from 1989 to 1999, where he oversaw the unlawful financial assistance to Bankorp.

During a five-year interlude PW Botha appointed him Director-General of Finance during the apartheid debt crisis of the mid-1980s. He was a trusted hand during a time of financial and political turmoil for the apartheid state. Together with a small team he was tasked with dealing with a financial crisis that makes the fallout from the short-lived appointment of Gupta acolyte Dave van Rooyen to the Finance Ministry look like a walk in the park.

This trust that the apartheid political and economic establishment had in Stals was also based on the expectation of shared interest, a commitment to secrecy and a history of support for white rule. Stals was a member of the Broederbond since at least 1974, the secretive Afrikaner organisation that did much of the National Party’s thinking for it. The organisation was home to most of the apartheid regime’s top brass.

If Stals was the whistle-blower that gave the outgoing public protector evidence that Absa committed to repay the R2-billion in interest in a Bankorp loan, it would prove extraordinary. This is the first time that Stals has stepped forward with this claim despite repeated investigations by the South African state led separately by Judge Dennis Davis and Willem Heath. Every investigation into the continued financial assistance provided to Bankorp and then Absa by the Reserve Bank from 1985 to 1995 has agreed that the conduct was unlawful and contrary to all good banking practice. The contested issue remained whether the interest of the loan was in fact owed by Absa.

According to a report in the Mail & Guardian, the public protector’s preliminary report indicates that original information from the Reserve Bank was in Stals’s possession and that Stals has provided new evidence that Absa did indeed agree in 1992 to repay interest on the loan agreement that formed part of the Bankorp lifeboat. This has been denied by Absa until now.

This would also be the most significant breaking of rank by a senior apartheid official in the past 20 years. While a number of these men such as Pik Botha and Roelf Meyer joined the ANC over the years, none of them broke ranks by exposing secrets and thereby offering significant contrition for their role in propping up an unjust system. We still don’t know what led Stals to make this admission, we assume, to former Public Protector Thuli Madonsela. However, its impact could be devastating.

It is also worth noting that the public protector’s interim report voices irritation that Stals has in his possession Reserve Bank documents which, if shared with her office in time, could have ensured the timely conclusion of the investigation. Why this is the case is not explained by the report, nor does she offer any motive as to why Stals, a man in his 80s, has chosen to speak out now.

A minority of voices seem to favour ignoring the public protector’s investigation because it covers corruption from 20 years ago. We must recall that this billion-rand gift made to a politically well connected bank was just one example of economic crime during apartheid. In fact, it occurred in a period that was defined by heightened paranoia, secrecy and a need to develop criminal ways to launder money in order to break international sanctions. It was a period of heightened criminality.

The views provided by insiders such as Stals, together with extensive state archives that were not destroyed at the end of apartheid, are important keys to understanding this past. Put together, they have a crucial lesson for our country – how secrecy, concentration of power and the control of information are used by the powerful to allow for corruption and other malfeasance.

Yet our democratic institutions and leaders have shown an unwillingness and even aversion to unlocking these stories. Open Secrets, together with the South African History Archive, has been engaged in a four-year battle with the South African Reserve Bank to access records of investigations into economic crimes in the last decades of apartheid. The Reserve Bank’s response has been to rely on blanket assertions that secrecy is required, and that the public interest in uncovering such crimes is limited. Similar battles have ensued with other state departments, including the Department of Defence.

South Africans are currently engaged in a struggle to protect the state from a cabal of the powerful that leverage instruments of the state for self-enrichment. We call this state capture. The Absa lifeboat and other alleged economic crimes from this period remind us that this struggle is an old one. Yet the continued desire by some to impose a false separation on corruption from our past and present does nothing but compromise our ability to understand abuse of power and challenge it.

This is not about the selective vilification of certain thieves. It’s about vilifying the act of theft. Economic crime serves to entrench inequality, breaks public trust and ultimately relies on state repression to protect the powerful. We need whistle-blowers to expose these stories and a public that is prepared to appreciate the significance of the stories they tell. DM

Marchant and van Vuuren work at Open Secrets, linked to the Institute for Justice and Reconcilliation.

Hennie van Vuuren is author of the forthcoming book Apartheid Guns and Money that will be published by Jacana in 2017.

Bain & Company – the KGB of consulting