Onside/Offside: Fifa-fi-fo-fum, human kindness in the FA Cup and more 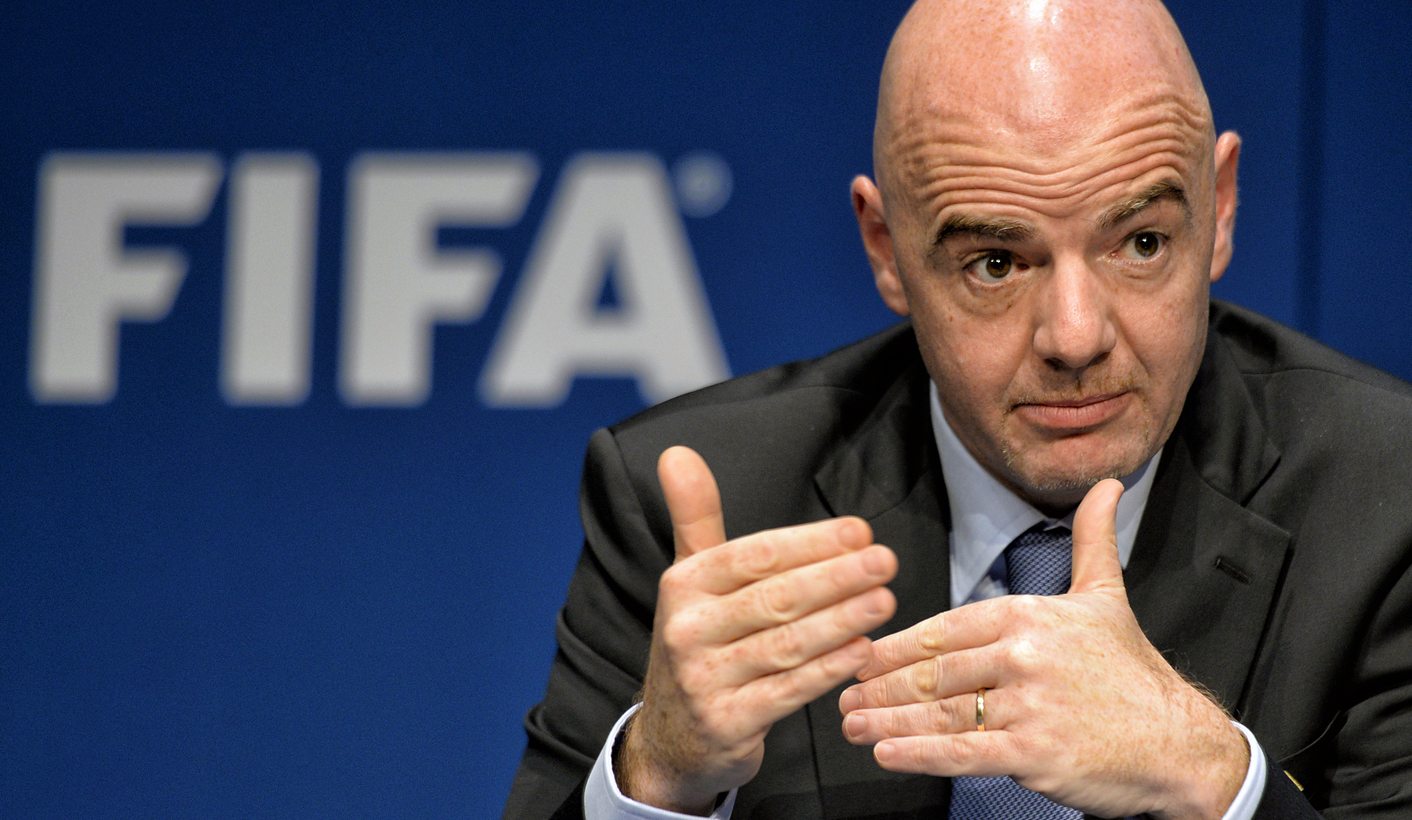 From a wonderful showing of human kindness over in Liverpool to the expansion of the World Cup, the sporting world has been busy at work while the rest of us are still lounging around and dreading the return of peak traffic. By ANTOINETTE MULLER.

While much of Cape Town is yet to return to work, the International Tennis Federation (ITF) and Tennis South Africa (TSA) have been hard at work preparing for the Davis Cup. The tie in early February will be a historic moment for two officials. Patrick Selepe will become the first official with a disability to work as a chair umpire in the Davis Cup in South Africa while Tebogo Maleka makes his debut on home soil having started his umpiring career in 2009.

Wayde van Niekerk continues to receive pats on the back having been nominated as “Breakthrough of the Year” at the Laureus Sports Awards. Elsewhere, Hashim Amla reached 100 Tests for South Africa, scoring a century in the process, but let’s get into the nitty gritty, shall we?

Offside: Fifa-fi-fo-fum, I smell the expansion of a World Cup

In what was merely a formality, at a meeting in Zürich, Fifa’s rule-making council unanimously approved a bulging new look for the World Cup. The competing national teams will increase from 32 to 48 with Africa and Asia likely to be the biggest beneficiaries. Fifa say the new expanded format will bring in big bucks – to the tune of a projected $640-million in profit.

But if you’re hoping that South Africa’s chances of qualifying have just been given a major boost, this bloated new look will only come into play from 2026. As sportswriter Jonathan Liew ?tweeted, the optimism in thinking that there will even be 48 countries by 2026 is quite something.

All jokes aside, it’s long overdue that Africa gets its fair share of participation spots – there are currently only five slots for African teams whereas Europe gets 13 (both continents consisting of more than 50 countries), but surely meritocracy can be achieved without channelling Oprah in dishing out spots?

Speaking of bloating. A review into South African cricket has released its recommendations for improving the sport in the country. One of the recommendations is to increase the number of franchises from six to seven, all while capping squad members at 15. Other recommendations, among others, include appointing a director of cricket and a full-time convener of selectors, and a focus to stop the outflow of talent from the national team. An extra franchise could go a long way in increasing playing opportunities across the board, but these things aren’t cheap. Cricket South Africa’s finances aren’t exactly dire – and they hope to boost their coffers even further with a revamped T20 League to be launched later in the year – but let’s not pretend that CSA’s position is mutually exclusive to that of its franchises.

Onside: Plymouth Argyle fan has nothing but love for Liverpool in his moment of despair

And now for something a little bit different. What would you do if you were watching a soccer game almost 500km away and got a text message informing you your son had died? Freak out, probably.

That’s exactly what happened to Plymouth Argyle fan Kevin May when he went to watch his team play Liverpool in the FA Cup over the weekend. He received a message from his daughter, informing him that his son Daniel had died. Before the devastating news and as he was approaching the turnstiles, he received a phone call telling him Daniel was actually in intensive care. May’s son was “severely epileptic” but he says the news was still unexpected.

May tried to tell a policeman what had happened, but says the words just would not come out. The kind gentleman took him into the club where May said a member of staff made him tea and let him “rabbit on” about his son. “They just listened to me,” May said. He was shown to his seat when he got the news. He was then taken to a police office where the policeman – known named as Graham – and the Anfield employee embraced in what May describes as “a show of pure human kindness”. As he kids on the internet would say: all the feels.

As the twirly web around doping practices in athletics continues to unravel, Kenya, one of the countries at the centre of the storm, has taken action. Athletics Kenya chief Jackson Tuwei announced that 109 elite athletes would be put under watch by a team of doctors in a bid to “limit bad medical practices by some Kenyan doctors who have been accused of supplying athletes with performance-enhancing drugs”.

This follows the country being ruled non-compliant by the World Anti-Doping Agency following a string of drug scandals and placed on a watch list by the International Association of Athletics Federations in 2016. DM

Photo: A file picture dated 18 March 2016 of FIFA President Gianni Infantino during a press conference at the FIFA Headquarters ‘Home of FIFA’ in Zurich, Switzerland. The 2026 World Cup will feature 48 teams after the FIFA Council on 10 January 2017 unanimously voted to expand the competition. EPA/WALTER BIERI