‘Nessie’ resurfaces, 78 years later: Have you seen this monster? 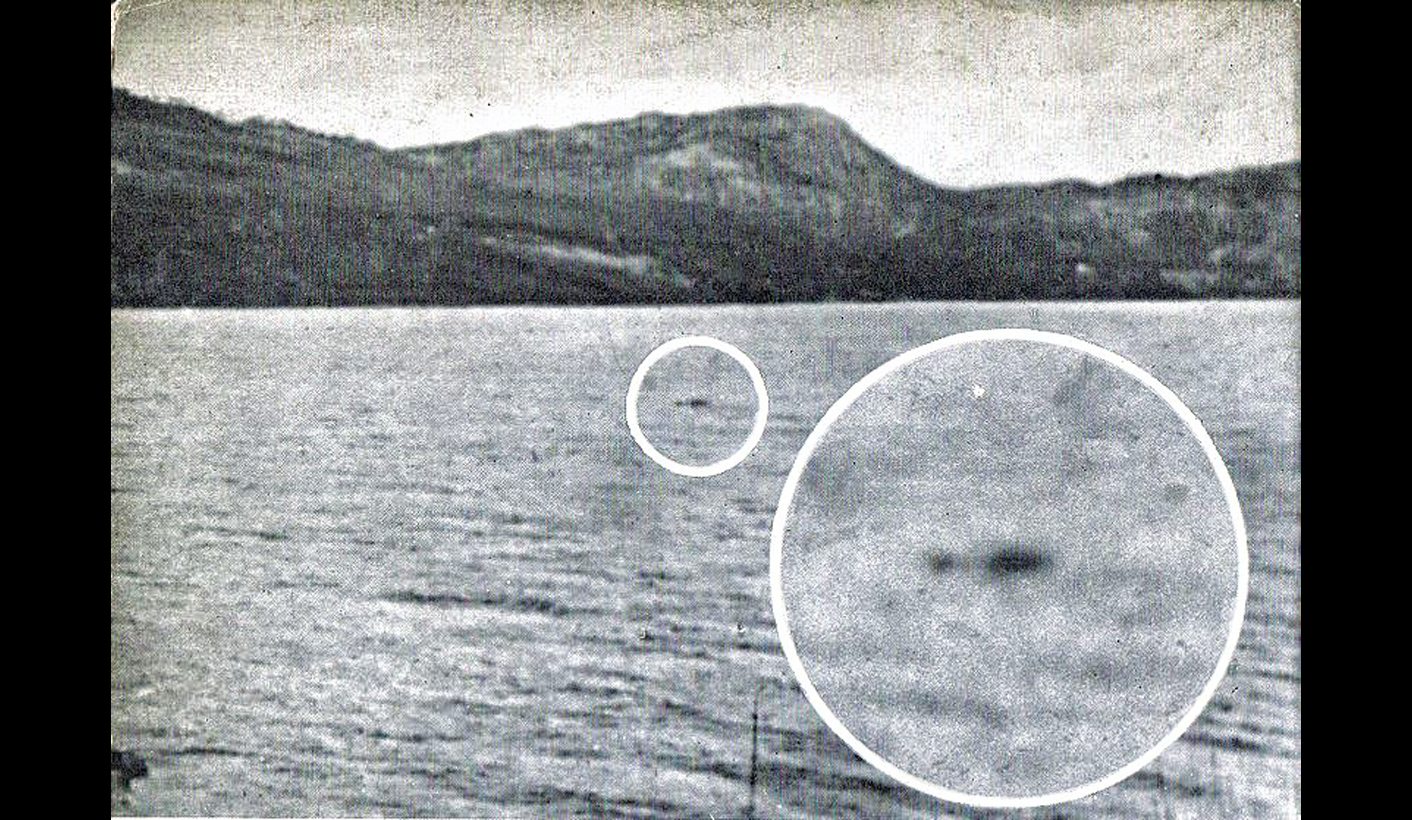 Last weekend, a curious notice appeared in the classified advertisements of the Sunday Times. It was an appeal to the public for information on a South African man who may have taken film footage of one of the most famous mysteries – or myths – of all time. REBECCA DAVIS was sufficiently intrigued to investigate further.

“Researcher seeks information on Mr G. E. Taylor who took a film of something in Loch Ness in 1938,” ran a tiny advertisement in the “Personal” section of the most recent Sunday Times classifieds. It was accompanied simply by an e-mail address.

The man who placed the ad has never been to South Africa. Roland Watson, 54, lives over 9,000 miles away, in Scotland’s capital Edinburgh. By day, he works as a software engineer. By night, however, he pursues his real passion: doggedly seeking information to prove the existence of the Loch Ness Monster.

Rumours of a mysterious creature in Scotland’s second largest lake have been circulating since the 7th century. It was in the early 1930s that Nessie fever took off in earnest, when a road was built alongside Loch Ness allowing for motorists to take a good look at its inky waters. Visitors flocked to the area in the hope of a monster sighting – and among them was a tourist from South Africa.

By the time Taylor arrived on the banks of Loch Ness with his camera, a number of photographs purporting to show a monster had already surfaced. The most famous, known as the “Surgeon’s Photograph”, was taken by a British doctor called Robert Wilson in 1934. It appeared to show a long, sinuous neck and head extending from a submerged body, and served to galvanise public interest in the Loch Ness Monster.

Just one problem: the picture was a fake, allegedly staged using a toy submarine. It would take until 1975, however, for the picture to be comprehensively debunked by a British newspaper.

A year before the Surgeon’s Photograph, a Scottish daily ran the story of a local man called Hugh Gray, who had spotted a strange object rising from the lake while out on a walk. Gray took a photograph, which shows a blurred disturbance in the water. Sceptics have subsequently suggested that this 1933 snap is likely to show a dog swimming through the water while carrying something in its mouth, rather than anything monstrous.

Roland Watson, however, is a true believer. Watson runs a website which he describes as “pro-monster”. One lengthy post is devoted to a passionate defence of the 1933 photograph, including complex pictoral simulations of aquatic dogs and monsters.

Watson’s belief in the monster began as a child and has remained unwavering ever since.

“The various sceptical theories – which dismiss photos, films and eyewitness testimonies as birds, logs and boat wakes – are overdone and rely to some degree on the general sceptical environment of today to sustain them,” he says.

Watson’s aim is to “restore the credibility of the thousands of witnesses who claim to have seen something large and alive in Loch Ness”.

There are on average about 20 alleged Nessie sightings a year. The 200,000 Google searches for the Loch Ness Monster per month point to the abiding fascination with the notion of such a creature.

Loch Ness is the perfect lake to hide a mystery, because its waters have been stained dark and impenetrable by peat. Theories about what form the monster could take, if it exists, abound. One idea is that it could be the descendant of a plesiosaur – an aquatic reptile from the age of the dinosaurs – cut off from the sea after the Ice Age, though there are numerous problems with this theory. It has also been suggested that what people are seeing is some sort of giant fish or eel.

Since the 1930s, there have been a number of other photographs and video clips of an alleged monster, with many proven fake. The reason why Watson is so bent on learning more about the South African tourist who visited Loch Ness in 1938 is because the visitor is believed to have taken the first colour footage of a potential sighting.

In the extensive Nessie literature, references to G. E. Taylor abound. But they always contain the same few facts: it was 1938, G. E. Taylor was a tourist from Natal, and he filmed something in the lake for three minutes on 16mm colour film.

Taylor is known to have sent the footage to a Nessie investigator called Maurice Burton, thought to have been one of the only people to see the film. Burton included a still from the footage in his 1961 book The Elusive Monster, but did not make a copy of the film and is believed to have sent it back to South Africa.

“And so the film mysteriously submerged like its claimed monster,” Watson tells the Daily Maverick.

Watson has been on the hunt for the film for years. “I contacted Maurice Burton’s family and also made enquiries about whether it may have appeared in the newsreels of the 1930s produced by the African Mirror.” A search in the South African National Film, Video and Sound Archives proved fruitless.

“I have resorted to placing adverts in South African newspapers,” Watson says. “The film may have decayed away by now, but there is still hope that a copy was made and retained by a living relative of Mr Taylor.”

For Nessie buffs like Watson, the dream is that Taylor’s footage could prove to be the smoking gun after all these years.

“It’s part of the Nessie folklore: often talked about, but never seen,” Watson says. “This may be one of the clearest films taken of the creature, but that cannot be assessed until it is seen once more.”

Watson has frequently travelled north to Loch Ness in the hope of spotting the monster himself. Any luck?

Do you know anything about G.E. Taylor or his Nessie footage? Let us know on Twitter @dailymaverick