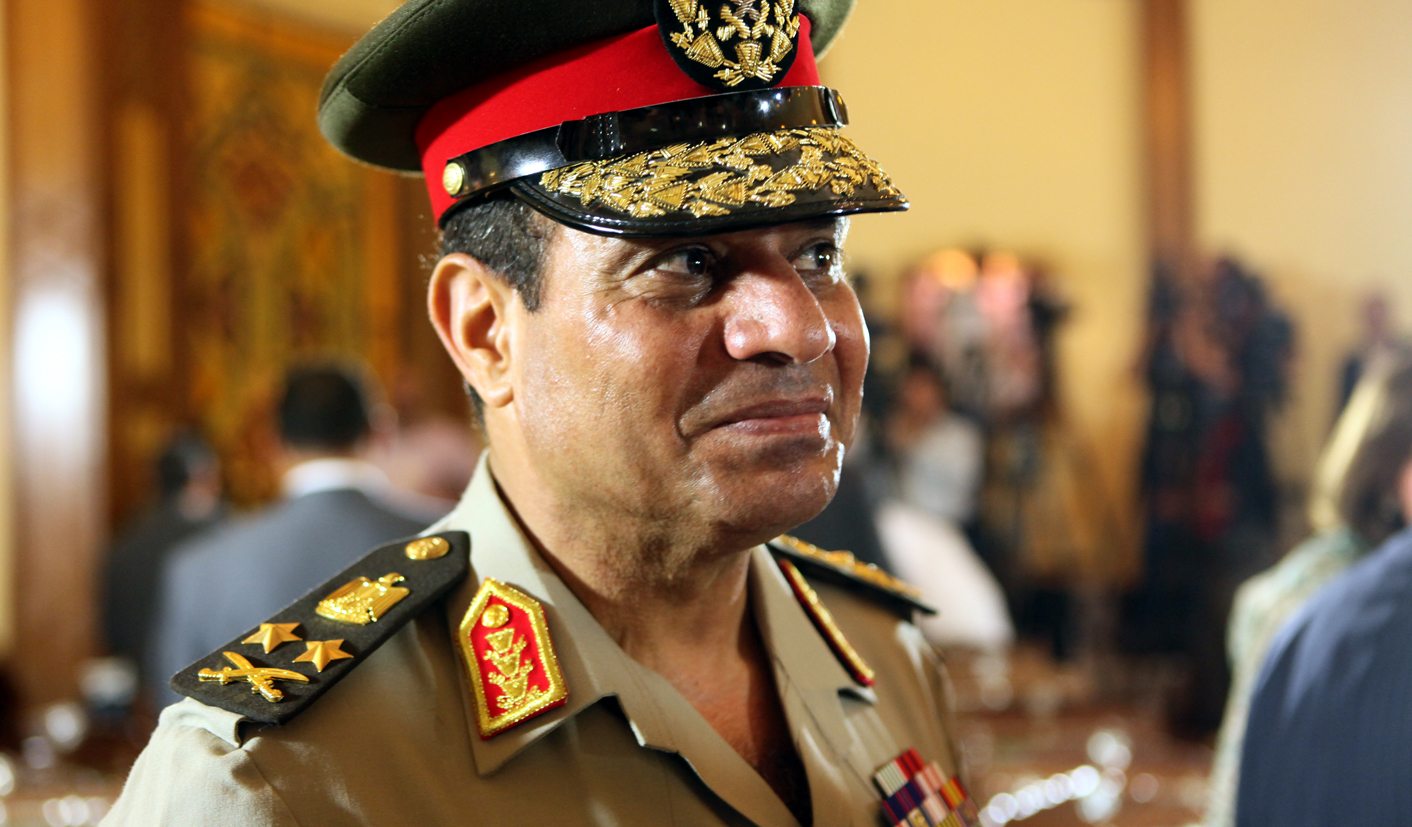 If Egypt can re-orient itself as an African power, it could be a win-win for the continent. By Simon Allison for ISS TODAY.

These are troubled times for Egypt and its president, Abdel Fattah el-Sisi.

The economy is underperforming, forcing the government to approach the International Monetary Fund for a $12-billion loan. Unemployment is at 12.6% and rising. Terrorism is a major problem, with the most recent attack – claimed by the Islamic State – killing at least 25 people in a Coptic cathedral in central Cairo.

In the region, Egypt’s position has been complicated by a major falling out with its main ally, Saudi Arabia. The two countries have disagreed on how to handle the war on Syria, culminating in Egypt voting in October against Saudi Arabia’s position at the United Nations Security Council. In response, Saudi Arabia immediately halted oil exports to Egypt.

Short on money, and short on friends, Egypt is looking for alternatives.

“Saudi Arabia’s actions may be pushing Egypt into the hands of the kingdom’s rivals. After the fuel shipments were stopped, Egypt agreed to import oil from Iraq, which now has close ties to Iran. This is in keeping with Mr Sisi’s effort to diversify his country’s alliances after support from America, its most important backer, wavered following his coup. Donald Trump, America’s president-elect, now seems inclined to back Mr Sisi regardless of his dreadful human-rights record. Egypt has also moved closer to Russia, with which it held joint military exercises last month,” reported The Economist.

What The Economist failed to mention is that Egypt is also looking for new friends in a different direction: south. After years of trying to suppress it, Egypt is finally embracing its African identity.

Egypt has not always been comfortable to acknowledge its geographical reality. Even though independence leader Gamal Abdel Nasser was a committed pan-African – he was a founder member of the Organisation of African Unity – he was an even more committed pan-Arabist. His successors, Anwar Sadat and Hosni Mubarak, always put the Middle East first.

Current president Sisi wants to change this. “My country is committed to Africa and will spare no efforts to extend and strengthen ties and integration across all African countries in order to help drive its economic and social development,” he told a gathering of African presidents and business leaders in February 2016.

Sisi was speaking at a lavish forum in the Egyptian resort town of Sharm el-Sheikh, organised by the Egyptian government as an unequivocal statement of intent. The message was clear: finally, Egypt was looking south, and intended to bridge the historic divide between it and sub-Saharan Africa.

“We have a lot of catching up to do,” observed Ambassador Hazem Fahmy, head of the Egyptian Agency of Partnership for Development. “This is a start.”

True to Sisi’s promise, Egypt has been making up for lost time. There is now more than $8-billion of Egyptian investment on the continent. It successfully lobbied to join the African Union’s (AU’s) Peace and Security Council this year, and contributes a hefty 12.5% of the AU’s budget. It is involved in peacekeeping operations all over Africa, including in Sudan, South Sudan, Côte d’Ivoire, Liberia, the Democratic Republic of Congo, Mali, and Western Sahara.

Despite this progress in solidifying its relations with the rest of Africa, major challenges remain.

“The continent certainly has a lot to gain from this renewed African commitment by Egypt and its ability to navigate in different regions and forums. However, there are important questions to be answered around, notably, the relationship between Egypt and one of the continent’s other military powerhouses and host of the AU, Ethiopia. The challenge between the two countries around the Grand Ethiopian Renaissance Dam project in the Nile has yet to be fully resolved, via the existing dialogue channels between them and with other stakeholders,” observed Annette Leijenaar, head of the Institute for Security Studies’ Peace Operations and Peace building division.

Egypt fears that Ethiopia may use its new dam to restrict Egypt’s access to the waters of the Nile, which could cripple agriculture and industry. Senior Egyptian officials have previously threatened to go to war over the issue, but Sisi’s charm offensive in Africa suggests that he is planning to go down the diplomatic route first.

Another major issue is Egypt’s entrenched culture of racism against black Africans. “There is a staggering contempt of everything that is African,” said Abdel Rahman Sherif, founder of the Black in Egypt blog. “Egyptians even get offended if you refer to them as African.” These sentiments are hardly an ideal recipe for better relations between Egypt and the rest of the continent, and the government will have to consciously work towards changing these attitudes if it wants to seriously engage with African partners.

These challenges underscore that the way forward is long, and difficult; but if Egypt really can re-orient itself as an African power, then there is no reason why it can’t be a win-win for both Egypt and the continent.

“Egypt has made positive progress with its political, diplomatic and institutional re-entry on to the African scene since June 2014. At the same time one should not lose sight of Egypt’s internal challenges in its fight against terrorism, the need to strengthen democratic institutions and human rights and increasing unemployment to name a few. Egypt’s future lies in the sands of Africa and together with the rest of the continent, a long road of revitalisation is required by these joint efforts to address Egypt and the rest of Africa’s challenges,” concluded Leijenaar. DM

Photo: Then Egyptian Minister of Defence Abdelfattah Said EL-Sisi is seen during a press conference for former Egyptian President Mohamed Morsi and the then Greek President Karolos Papoulias at the presidential palace, in Cairo, Egypt, 18 October 2012. EPA/KHALED ELFIQI