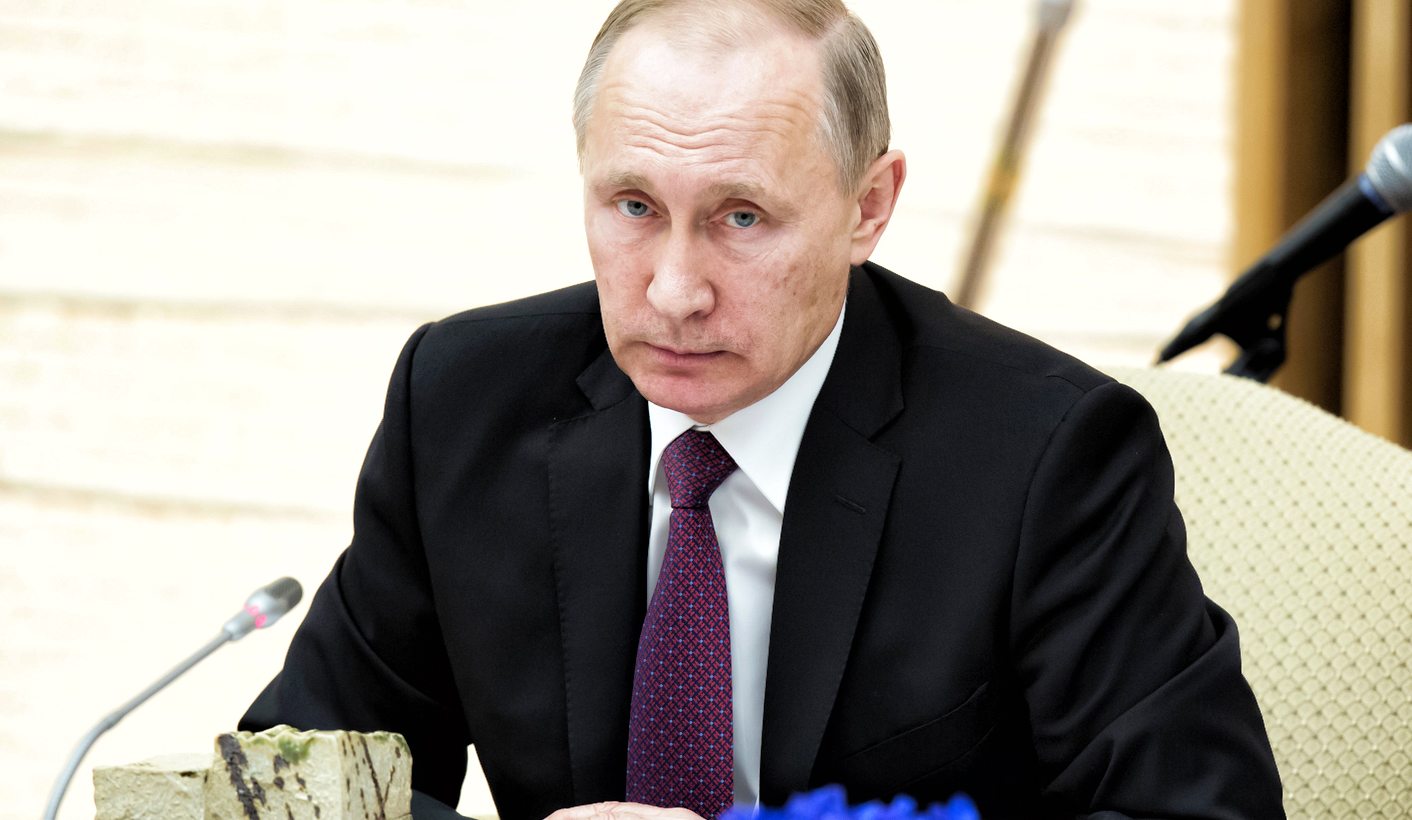 At the start of 2016, Russian President Vladimir Putin had reasons to be pessimistic about how the year was going to progress. As the year’s end approaches, his and Russia’s position on the international scene has improved considerably, thanks to several favourable developments, writes SAIF ISLAM for S-RM.

Vladimir Putin found himself, and Russia, in a weakened position at the beginning of 2016, as domestic, and international, economic and political pressures continued to take their toll. The Russian economy contracted 3.7% in 2015, due to a combination of low oil prices and the effect of US and European Union (EU) sanctions linked to the ongoing conflict in Ukraine.

Russia’s international isolation was worsened by its military intervention on behalf of Syrian President Bashar al-Assad, which is opposed by most members of the United Nations Security Council (UNSC), the EU, and most major Middle Eastern countries, with the exception of Iran. There was also a major rift with Turkey, after a Turkish fighter jet shot down a Russian military aircraft along the Syrian border in November 2015. Relations with Turkey have subsequently improved, although Russia is still under sanctions and in recession. (As this article was being prepared for publication, Russian Ambassador to Turkey was assassinated in Ankara. – Ed)

However, there have been four major developments that have made 2016 a successful year for Putin specifically, and Russia more generally.

First, the election of Donald Trump as the next US President has been welcomed by Russian political elites, including Putin, who has had an acrimonious relationship with Hillary Clinton, due to her support for protesters who opposed Putin’s re-election in 2012, and for the current sanctions against Russia.

Trump, on the other hand, has consistently praised Putin and called for friendly relations between the US and Russia. It would be naïve to conclude that Trump’s victory represents any fundamental shifts in US foreign policy in Russia’s favour. The Republican-controlled Congress remains highly distrustful of Russia, and is considering action in response to allegations that Russia-backed hackers interfered in the US elections. Trump’s unpredictability, and his political style of demonstrating strength, are also potential liabilities for Putin.

Nevertheless, Trump is by far the most Russia-friendly US President-elect in recent memory. This has been further demonstrated by his choice of Exxon Mobil CEO, Rex Tillerson, as his nominee for Secretary of State. Tillerson has represented Exxon Mobil’s interests in Russia for many years, through which he became a close associate of Putin, and was awarded the Order of Friendship by the Russian government in 2013. He has also expressed public opposition to the sanctions in the past.

Second, Russia’s military intervention in support of Syrian President Bashar al-Assad has been mostly successful to date. Putin has achieved his primary objectives of bolstering the Assad regime and securing Russia’s only naval base in the Mediterranean in Tartus, Syria. With the support of Russian airstrikes, special operations and tactical advice, Assad’s forces have recaptured many settlements from rebel groups and Islamist militants. The ongoing operation to retake the few rebel-held areas of Aleppo, which appears to be in its final stages, would be a major victory for Assad. There are concerns regarding the capability of Assad’s forces to hold on to recaptured territories, as demonstrated by Islamic State’s recapture of Palmyra on December 11. Nevertheless, Putin would be satisfied that Russia has firmly established itself as a major player in Syria, and with very little practical opposition from the US, Gulf countries or Turkey.

Third, Britain’s vote to leave the EU, and the rise of Russia-friendly politicians and political parties in Europe, are positive outcomes for Putin. Russia consistently expressed neutrality on the UK’s referendum on EU membership. The result, however, which would mark the departure of the biggest critic of Russia from the EU, is a geopolitical victory for Russia. The recent election of Russia-friendly politicians in Bulgaria, an EU member, and Moldova, and the pro-Russian, anti-sanction stances of the two leading French presidential candidates, François Fillon and Marine le Pen, are further encouraging developments.

While there is no solid evidence behind accusations that Russia has been funding several populist, anti-establishment parties across Europe, Putin undoubtedly appreciates their ideological affinity with Russia. These factors do not imply that EU sanctions will be lifted or eased next year, but they are likely to weaken the EU’s resolve to extend them for much longer. Over the past two years, leaders of several EU countries, including Spain, Italy, Austria, Greece and Cyprus, have criticised or questioned the usefulness of sanctions against Russia.

Last, on December 10, commodities giant Glencore and Qatar’s sovereign wealth fund have agreed to acquire a 19.5% stake in Rosneft, the world’s largest publicly traded oil company, which is majority-owned by the Russian government. The deal is worth approximately $11-billion, and will inject much-needed cash into the Russian budget after a fall in oil revenues. This is a major success for Putin’s privatisation programme, which has been driven by the economic downturn. Moreover, given that Rosneft and its CEO, Igor Sechin – a member of Putin’s inner circle – are under US sanctions, this deal demonstrates that Russia can still attract major Western investors such as Glencore despite the sanction regime. The deal is also taking place at a time when oil-producing countries have reached an agreement to cut oil production in order to boost prices, which would benefit all parties involved in the deal.

Putin undoubtedly finds himself in a much better position than this time last year, thanks to a mixture of his own political calculations and sheer luck. With the absence of any domestic threats to his power base, a friendly face in the White House, and a divided but increasingly Russia-friendly Europe, he is set to exploit these opportunities further in 2017.

Putin would hope that this time next year sanctions on Russia will have been lifted, the Ukrainian conflict would continue to be frozen, and Syria would have a political settlement, with President Assad continuing at the helm. He would be well aware that the reality is always more complicated, but his longevity gives him a powerful advantage over other leaders to shape world events according to his own, and Russia’s, interests. DM