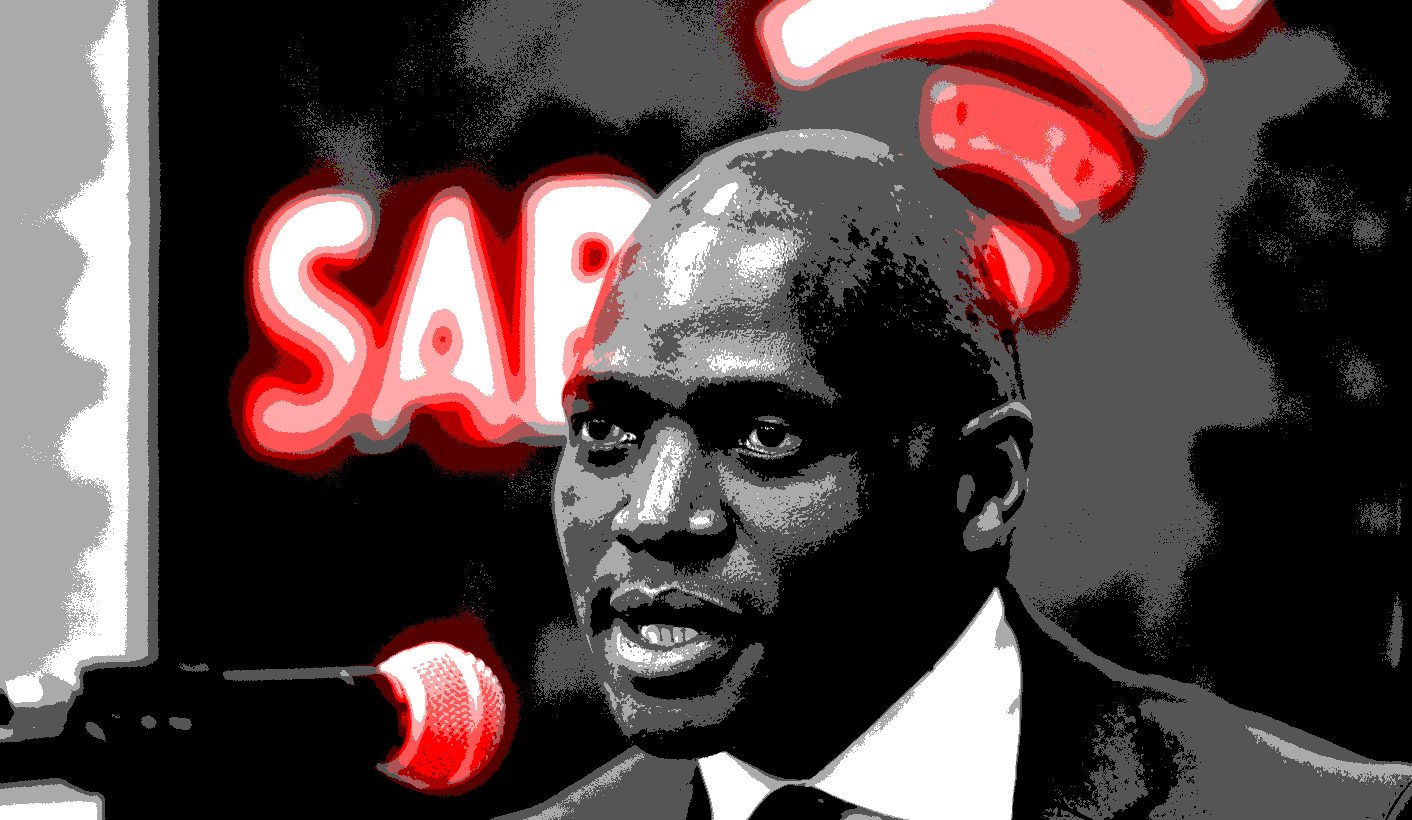 Members of Parliament’s ad hoc committee investigating the collapse of the SABC under the reign of COO Hlaudi Motsoeneng at times gasped at shocking evidence presented on Monday. Both ANC and members of the opposition who sat on Parliament’s Portfolio Committee on Communications offered many mea culpas with regard to their own inertia in stopping Hurricane Hlaudi. On Monday the committee heard how then Transnet boss, Brian Molefe, had threatened a journalist and also how the SABC was milked to set up the Gupta family’s rival TV channel, ANN7. By MARIANNE THAMM.

Perhaps it was hearing the audacious extent of the “capture”, “heist”, “hi-jacking”, call it what you will, of the public broadcaster by Hlaudi Motsoeneng, apparently aided and abetted by President Jacob Zuma, that woke some of the members of Parliament’s Portfolio Committee on Communications from their deep and long trance.

Member after member, both from the DA and the ANC, offered their sincere apologies to those presenting evidence, including four of the Eight – journalists who had been suspended for doing their work – for not acting sooner to stop the profligate wastage and off of public funds under Hlaudi Motsoeneng’s watch.

Journalists Thandeka Gqubule-Mbeki, Krivani Pillay, Vuyo Mvoko and Lukhanyo Calata all painted a terrifying portrait of Motsoeneng, who would expect journalists to stand up when he entered the room, who would make rules and then break them and who once told journalists he was speaking to them wearing his hat as a “pastor”.

The ad hoc committee heard yesterday that the SABC had been failed by the Minister (Faith Muthambi), various chairs of the board, the CEO as well as the portfolio committee on communications tasked with the oversight of the public broadcaster.

All fell under some strange spell cast by Hlaudi Motsoeneng and on Monday MPs realised they had been complicit or had been bystanders to the carnage and at the SABC.

SABC employees who testified all spoke of a climate of fear and madness that stalked the corridors of the broadcaster’s head office with paranoid staff fearing that State Security eavesdropping on them. In fact, former board chair, Ellen Tshabalala (who herself had also falsified her qualifications), told journalists that every SMS and every e-mail was being monitored Stasi-style.

told the committee he watched former colleagues, “decent people, turn into animals” in an attempt to fly under the radar hoping to escape Motsoeneng’s erratic and unpredictable behaviour.

Motsoeneng, the committee heard, as well as Tshabalala, would beam themselves onto screens in offices around the country in a process called “” which Gqubule-Mbeki said was straight out of Orwell’s Nineteen Eighty-Four.

One of the more sensational revelations of the day came from Gqubule-Mbeki who revealed that Brian Molefe (he of the Saxonwold shebeen), who was then Transnet CEO, had arrived at Auckland Park late one night and had threatened journalist Francis Herd who had interviewed him earlier. Molefe, said Gqubule, had been angered by Herd’s questions with regard to the purchase of locomotives, during an interview.

And there was more, so much more. More on how the Gupta family’s The New Age had, through Motsoeneng, struck a deal with the SABC which saw the public broadcaster essentially funding – through off public money – the Guptas’ rival ANN7.

ANC committee members seemed baffled and for a moment appeared to be focusing on the Guptas and their influence over Molefe and the SABC rather than where it should be directed – at Minister Muthambi and President Jacob Zuma who were Motsoeneng’s and the Guptas’ political enablers.

“How did this happen? Who is this man? What’s going on here?” MPs asked like new arrivals on a distant planet.

Motsoeneng, said the journalists, was rumoured to have Zuma on speed dial and would behave as if he had a direct line to the president as he tore his way through the SABC, destroying its credibility and its financial viability.

What the national broadcast of this inquiry into the SABC has done, however, is reveal how exactly the SABC has been captured through Motsoeneng, with the blessing of Minister Muthambi and possibly the President (although he never gets his hands dirty and there will be no visible paper trail) by the Gupta family.

What it does mark is a turning point in the balance of power with MPs acknowledging that they had failed the journalists and South Africans and had deprived them of an independent source of news “to further democracy” by not holding the board and the Minister to account.

The SABC, said the EFF’s Fana Mokoena, was a microcosm of South Africa and the surgical excision of the cancer of capture that has been exposed at the SABC has provided a glimpse of the horror we might find at other state-owned entities.

President Jacob Zuma, considering ANC Chief Whip Jackson Mthembu’s bold condemnation of his own party and the president, will not be given as easy a ride in Parliament next time round. It is here, in the National Assembly, as well as the courts, that the final battle against the rampant excesses of the Zuma presidency will hit a brick wall.

The rot runs deep and there are few who are not contaminated by its stench, but as this ad hoc committee has shown, there is still time to dig ourselves out of the hole. Once we are out, the real reconstruction will begin. But the ANC has to find the spine and the will to send Jacob Zuma packing or to put him behind bars.

Until then, those who are his allies at SARS, the Hawks, the NPA, SAA, Eskom, and countless more who benefit from their proximity to the President, will hang on for dear life, just like Motsoeneng.

In so doing they will take, as Motsoeneng has done, their institutions to the brink of ruin. What the ad hoc committee hearing has also revealed are the squadrons of remarkable, talented and qualified professionals who are willing to do an honest day’s work and who abide by the country’s laws and the Constitution.

The Gupta-manufactured narrative that “White Monopoly Capital” is behind “state capture” has been finally exposed for what it is – a ruse to cover the family’s own abuse of political connections for financial gain and at the expense of ordinary South Africans.

The SABC inquiry has delivered a mortal blow to Hlaudi Motsoeneng. He might, like his political principal, try to wriggle out of it or even turn to higher powers (not supernatural at this point) to save him. But it was the EFF CIC who warned Motsoeneng that he would be tossed aside by Zuma like a used condom once his usefulness . That time has probably arrived. DM