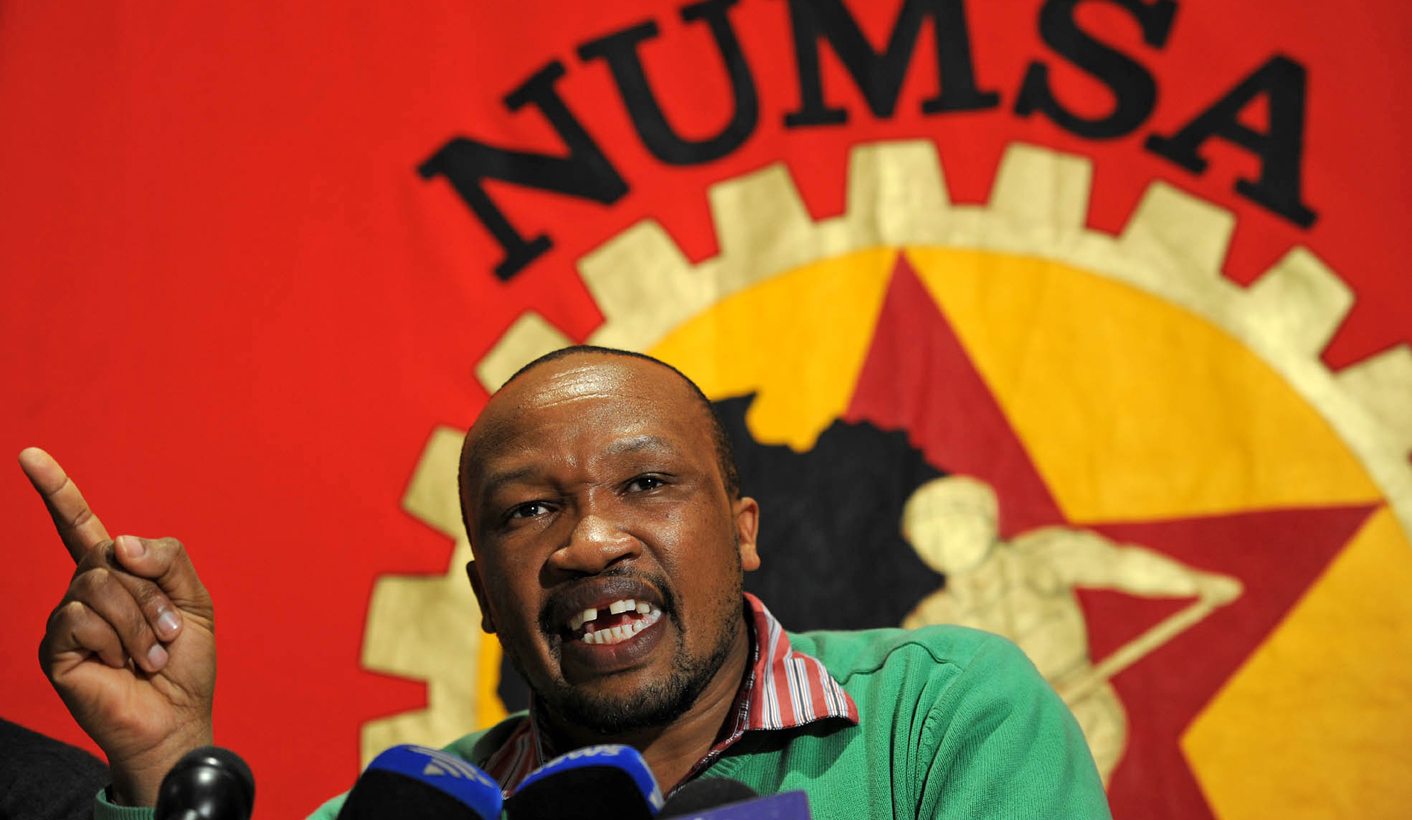 The National Union of Metalworkers SA (Numsa) will hold its national congress next week. Its last congress led to a split from Cosatu and the ANC, along with long-term promises of change. This could be a next step in the realignment of the working class, but don’t hold your breath. By GREG NICOLSON.

In December 2013, Numsa held a conference in Boksburg and changed the future of the union and the country’s labour movement. The union surprisingly backed President Jacob Zuma’s ANC re-election after discussions were held on then Cosatu General Secretary Zwelinzima Vavi running as deputy president. Zuma remained president of the party. Vavi wasn’t in the running for the job and in 2013 the Numsa president, who appeared to have orchestrated the talks, resigned. Vavi was suspended from Cosatu as he and Numsa continued to criticise government and the ANC, which closed ranks after its 2012 congress rather than opened itself to reforms.

Numsa, always on the progressive side, decided in Boksburg it would no longer support the ANC. The party exploited the working class for votes, couldn’t be saved, and alliance partner Cosatu should also withdraw, it said. Numsa also called on Zuma to resign because of his neo-liberal policies and his administration of “corruption, patronage and nepotism”.

The fracture in the ANC-Cosatu-SACP alliance deepened as Cosatu then expelled Vavi and Numsa, which had by then become the country’s biggest union, in 2014. Some affiliates sided with the exiled, others went with Cosatu’s pro-Zuma leadership.

A new trade union federation is now in the works. Numsa backed the forming of a consortium of left-leaning organisations called the United Front, even supported some of its leaders to win council positions in the recent local elections, where the ANC suffered significant losses. Numsa’s 2013 move was seen as a potential game changer, perhaps what the disparate and disorganised left had been waiting for.

That was then. Politics of race and class have taken a hold in recent years, with aspects of socialism poking through. Numsa hasn’t led the discussion, with student protests, the EFF, ANC scandals, and a built-up anger over the pace of the change for poor, black South Africans driving the change agenda. Numsa comments on the key issues, but of late its voice appears to have diminished.

In a press conference ahead of the union’s tenth national congress next week, Numsa General Secretary Irvin Jim refuted claims that the union has lost political prominence this year. “We are very pleased with our performance as a union. We have focused on bargaining for our workers and didn’t have any strike,” he said. No strikes mean little media coverage, but Jim listed above-inflation agreements reached in a number of sectors. “These resolutions are not small resolutions,” said Jim, claiming the union was happy with the resolutions it has achieved since the 2013 congress.

The United Front, which Numsa supports, was launched with high expectations and has regularly been involved in community-level activism, supporting a wide range of ground-level initiatives. But, formed out of a collective of organisations, it has struggled to find a clear identity and assert its influence on a national scale.

As Jim pointed out, however, Numsa supported United Front candidates in the local government elections; a number were elected as councillors, with one taking the mayorship of Bitou Municipality. “Of course, this is not a Big Bang kind of arrangement,” he said on the long-term plans to unite the working class.

Numsa believes now is the time to push a revolutionary working class agenda.

“Congress will be sending a clear message that unless the horrible conditions of the black and African working class are urgently attended to, the country is headed for a violent class and racial confrontation, as so many voices have warned already,” said Numsa’s Wednesday statement. Key sectors are losing jobs, with unemployment at a high; inequality is rife; and much of the apartheid economic system, and living conditions, remain. Numsa blames the ANC.

“There is no revolutionary agenda in the ANC. Therefore there can be no revolutionary leader in the ANC,” said Jim, while hammering Cosatu and the SACP for backing Deputy President Cyril Ramaphosa as the next ANC president. The proposed national minimum wage of R3,500 a month would “not break the backbone of colonial super-exploitation”, said Jim, who claimed Cosatu and the SACP were only supporting the deputy president to start another “gravy train” because their jobs are threatened. The general secretary said the local government election results showed the ANC had been rejected by the urban working class and is now a rural party. “That is why we remain very resolute that there is no turning back from the 2013 resolutions.

“This gives us the opportunity to build the genuine revolutionary socialist political party, rooted in the working class, which was agreed to at the union’s 2013 [special national congress],” said Numsa’s statement.

During next week’s congress the union wants to build on its central committee’s decision this year to start a political party, which it said would aim to implement the Freedom Charter, particularly the nationalisation of mines and banks, as well as modifying the Constitution to break up industry and land ownership still dominated by whites. Numsa doesn’t plan to turn the United Front into its party, but build on its work and collaborate with it as a mass movement sharing the same values. Many of Numsa’s values match those of the EFF and a workers’ party could be a natural ally for the Fighters, but the union in 2013 released a paper questioning Julius Malema’s party’s commitment to socialism and its leadership, and Numsa has resisted backing the EFF. Jim on Wednesday was clear that trying to change the country through a political party would take time. Numsa’s efforts will be linked to Vavi’s attempts to launch a new trade union federation, expected to launch officially in March.

While Numsa has dreams of uniting the working class to change the country, its bread and butter remains representing its members. The 2013 congress set an aim of 400,00 members.

“Many jobs have been lost. Numsa is approaching this conference not at 400,000 but very close to 400,000,” said Jim on Wednesday. Despite its lofty long-term ambitions, Jim said the union’s first priority is trying to stop job losses in the manufacturing sector, which shed more than 90,000 jobs in the latest quarterly employment figures. The union also has to contend with elections next week. While there is division, the current leadership is expected to be re-elected.

Numsa’s 2013 resolutions didn’t lead to wholesale change in the country. They did, however, signal an end to Cosatu as it was known and to a possible realignment of both the labour movement and progressive politics. Next week’s congress could be the next step, or it could lead to more promises and more delays in a revolution Numsa is not leading. DM