Riah Phiyega finally on the ropes – what about the ot...

Riah Phiyega finally on the ropes – what about the others? 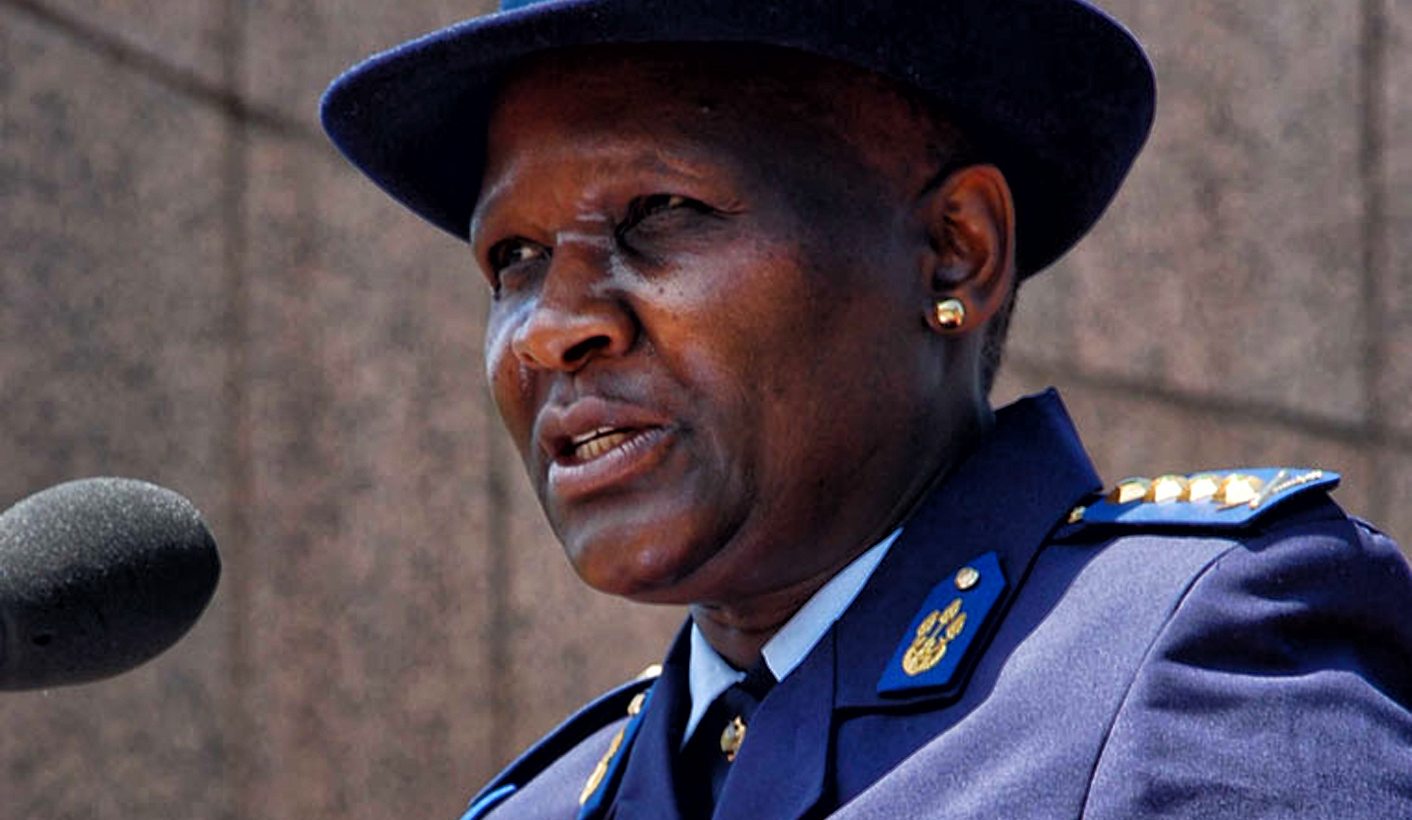 Opposition parties on Sunday welcomed reports that the commission of inquiry into suspended police commissioner Riah Phiyega’s fitness to hold office had found she should be fired. The net, however, should be cast wider, they said. By GREG NICOLSON.

The Congress of the People (COPE) on Sunday said what everyone was thinking. Riah Phiyega was a key character in the murderous tragedy we now call Marikana, but the story isn’t about her. It’s about justice. It’s about the sort of society South Africa is to become. Over four years later, as we debate the country’s crises, only the national police commissioner has been held accountable, and every passing day deepens the scar on the country’s fragile soul. The saga had a cast of characters and only one has so far faced ramifications.

“We don’t believe it’s fair to her that she must shoulder all the blame for what happened at Marikana where 34 miners were massacred,” said COPE spokesman Dennis Bloem. “All of us know that the massacre at Marikana was too big to lay at the door of one person,” he continued. “COPE believes that it can’t be that Riah Phiyega alone must take the fall. [Former police minister] Nathi Mthethwa and Deputy President Cyril Ramaphosa must not only be declared unfit to hold their positions but must be charged for the massacre at Marikana.”

Phiyega should lose her job and face criminal charges for her role in what happened at Marikana in 2012, as should many others in government and SAPS, some of whom not only retain their positions but have been promoted since they participated in a massacre of democracy.

City Press on Sunday reported that the board of inquiry established by President Jacob Zuma to look into Phiyega’s fitness to hold office following the findings of the Marikana Commission of Inquiry said she should be dismissed. The inquiry, headed by Judge Cornelius Claassen, has been behind schedule in filing its report to Zuma, with rumours that Claassen had been suffering from ill health. Phiyega has lost relevance and stature since her suspension, but the newspaper claimed she would challenge the inquiry’s findings. Neither the suspended police commissioner nor the presidency are said to have received Claassen’s report. Zuma’s spokesperson on Sunday did not respond to requests for comment while Phiyega’s lawyers have said they will not comment until they receive a copy of the report.

“The leadership of the police, on the highest level, appears to have taken the decision not to give the true version of how it came about that the ‘tactical option’ was implemented on the afternoon of 16 August and to conceal the fact that the plan to be implemented was hastily put together without Public Order Policing inputs or evaluation,” it said. She lied about how the police decided to implement its plan in Marikana. She misled the country after the killings about what happened, about police acting in self-defence, and then called it the “best of responsible policing”.

According to reports, the testimony of former spokesperson Brigadier Lindela Mashigo at the Claassen Inquiry sealed Phiyega’s fate. Mashigo, one of the witnesses called after the inquiry ruled witnesses who didn’t appear at the Marikana Inquiry could appear during the hearings on Phiyega, said the commissioner had told him to change a statement on the killings to make it appear as though all 34 people who died on August 16, 2012 were killed at one scene, which was recorded and broadcast on TV. Only half of the killings, however, occurred there while another 17 people were killed at what became known as scene two, where the Farlam Commission found there was little, if any police control, and multiple deaths which now must be investigated by police for potential criminal charges.

Phiyega was a poor witness at the Marikana Inquiry, at times contradicting herself or the evidence, at times stonewalling the chairperson and lawyers. She decided not to testify at the Claassen Inquiry into her fitness to hold office. “I surmise that there is a deliberate effort to force me to abandon my quest to set the record straight,” said Phiyega in a press conference before her inquiry. “I am saddened that such a tragic event has continued to be used as a witch hunt against me for inexplicable and undeclared personalised vendettas.” The story was that Police Minister Nathi Nhleko and the acting national SAPS commissioner were out to get her, but Phiyega never spoke at the inquiry.

The DA’s Zakhele Mbhele said on Sunday, “The DA will write to the chairperson of the portfolio Committee on Police, François Beukman, to urge that he request for the finalised report from the Claassen Inquiry into the fitness to hold office of the suspended national police commissioner, Riah Phiyega, to be tabled before Parliament.” He claimed the inquiry should have looked into other issues under Phiyega’s leadership. “Phiyega presided over the persistent and chronic decline of the SAPS and compromised its ability to ensure that ordinary South Africans are safe and secure in their homes, workplaces and on the streets.”

Phiyega will not return as SAPS commissioner. Soon, she will take the fall not for Marikana itself, but for her failure to cover her tracks. There were, however, 740 police officers involved in the Marikana operation. The commanders on the ground and their trigger men must be held to account, as suggested by the Marikana Commission of Inquiry. DM