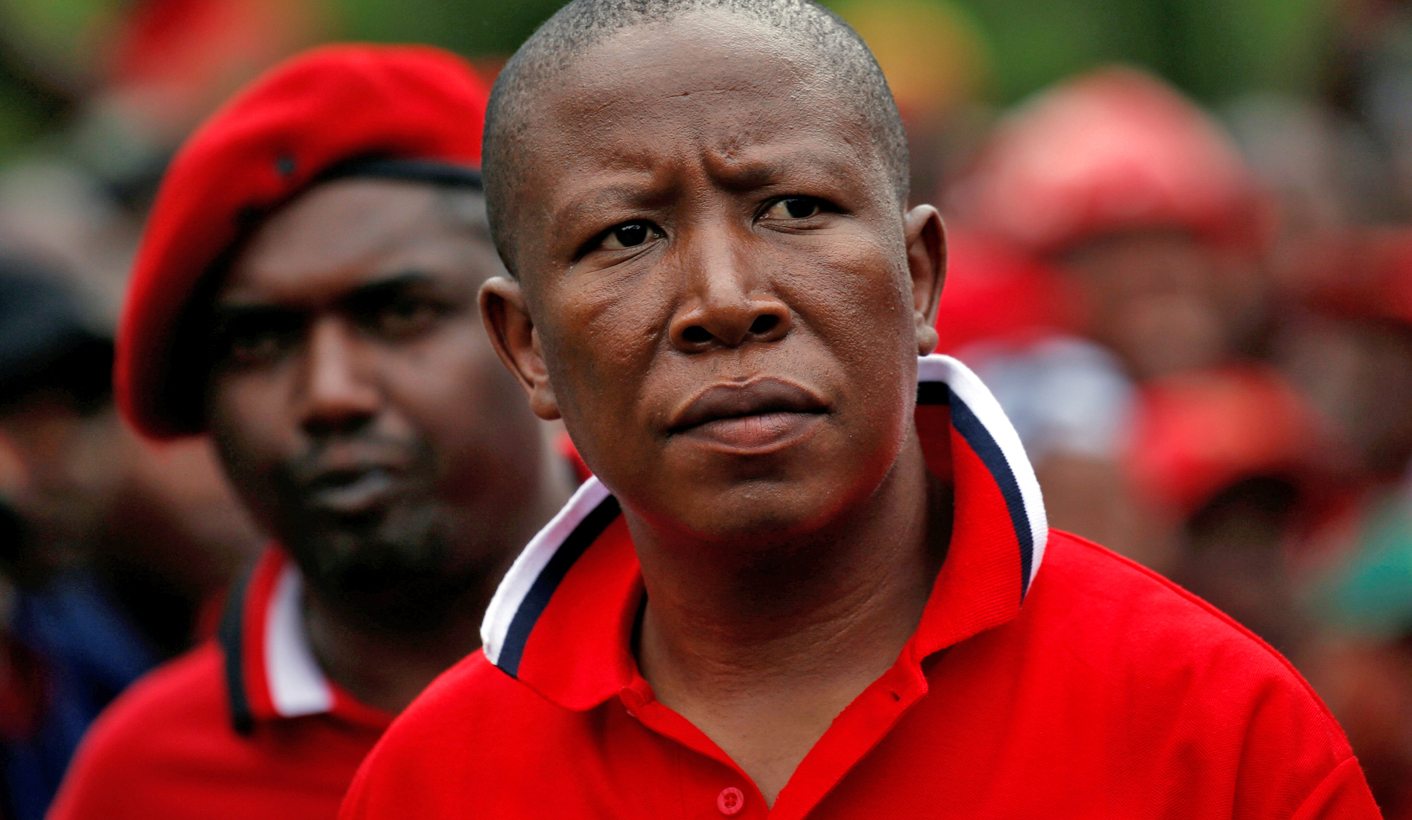 The Economic Freedom Fighters (EFF) gathered on Thursday at the Protea South Hall in Soweto to celebrate and honour the life of late Cuban President Fidel Castro. Sparks were flying, as expected. By BHEKI C. SIMELANE.

EFF leader Julius Malema is renowned for his organisational and mobilisation talents. It was the same in Protea South where the EFF pulled out all the stops to send off their departed idol, Cuban President Fidel Castro, in a memorial service which the Cuban leader would have probably been thrilled with.

Castro was an iconic figure and one of the world’s longest-serving leaders. His demise was announced in Cuba on Friday. The EFF has been courting members of the public with an embrace of the Cuban leader’s ideals – which the party has been championing – since then.

EFF spokesman Mbuyiseni Ndlozi single-handedly belted the Internationale and kept the crowd’s spirits lifted while awaiting Malema’s arrival. As Ndlozi sang, hundreds of Castro’s still images beamed across the venue. EFF supporters came in their numbers, and the message was simple and clear, “Honour Castro.”

The EFF leader said honouring means that, “We must take the land in order to resolve the problem of inequality in South Africa. That’s the only way you can honour Fidel. We do not owe anyone an explanation. Stop being cowards and take your land.”

Malema said that, like Castro, they were not fighting against anyone but were asking that the land be peacefully returned to its rightful owners. He also called for a rejection of American ideals and called for an embrace of socialist ideals. Malema asked his supporters to steer off suggestions that Castro or late former Libyan president Muammar Gaddafi were dictators, and remind their detractors that Margaret Thatcher and the long list of American Presidents were murderers because they had all gone to war and hurt innocent souls.

Malema was on a roll: in his praise for Castro, he called the Cuban leader “permanently fashionable” and said the world could not have achieved some of the things it did had it not been for Castro’s commitment.

“Mandela would not have been released if the Cuban forces had not intervened,” he said.

The EFF leader again displayed his maturity and showed his understanding of the rules of engagement. Not once did he mention Nkandla in his speech; the event was about honouring Castro and celebrating his life. Malema did not delve into Former Public Protector Thuli Madonsela’s State of Capture report, in which Zuma was implicated. Instead he noted that there were no captured souls among his own folk.

But he did have an opinion on Zuma’s Nkandla poisoning scandal in which one of Zuma’s wives, Nompumelelo Ntuli-Zuma, was suspected to have poisoned him. Investigating Unit, the Hawks, have confirmed that they were investigating.

“Zuma’s wife attempted to kill Zuma. My own investigation revealed that the supposed poison was actually a love portion. She put an overdose, that’s why Zuma was sick,” Malema said.

And, even though Malema did not engage around Zuma’s many scandals, he swooped on President and some of his ministers for associating with and trying to identify with the tribulations of the Cuban leader. Referring specifically to President Zuma and Ministers Maite Nkoana-Mashabane and Blade Nzimande, Malema asked, “Who are these people to claim the (Castro’s) legacy?”

Malema said Zuma had claimed he had survived three murder attempts. “What is that compared to Fidel’s over 600 assassination attempts? We are talking serious things here.”

“Zuma is the Batista of our time. We must crush him. Like Fidel crushed Batista. Who is Zuma to say that Fidel must rest in peace? He has no right because he has turned on the liberation. Zuma has the blood of Gaddafi on his hands. He killed Fidel’s brother, Gaddafi,” the EFF leader said. “Who is Blade to say Fidel must rest in peace when he can’t bring free education?”

Malema said the Cuban leader, who died aged 90, was also responsible for the overthrow of the apartheid regime. And just like Castro, Malema has survived his fair share of trials and tribulations. Malema currently faces charges under the Riotous Assemblies Act of 1956 after he made a call to his followers to occupy vacant pieces of land wherever they choose. The constitutionality of this Act is in dispute.

The EFF Commander-in-Chief said it was through the efforts of his party in Parliament that South Africa extended its condolences to the Cuban people. Malema said it was his efforts back then, as ANC Youth League President, that enabled Cuban youth to be flown into South Africa in a private jet. Malema said if the EFF took over power, they would associate freely with the Cuban people.

“On Friday we will be leaving to mourn with the people of Cuba. The Cuban people must know that the EFF associates with them without shame. We don’t apologise for our solidarity with the Cubans,” he said.

Malema ended his 55-minute long speech by calling for support and undying honour for the Cuban people. But it wasn’t before he had pledged his support for Zimbabwean President Robert Mugabe and pleaded that the elderly statesman should now step down. DM