Op-Ed: The impact of Brexit on South Africa 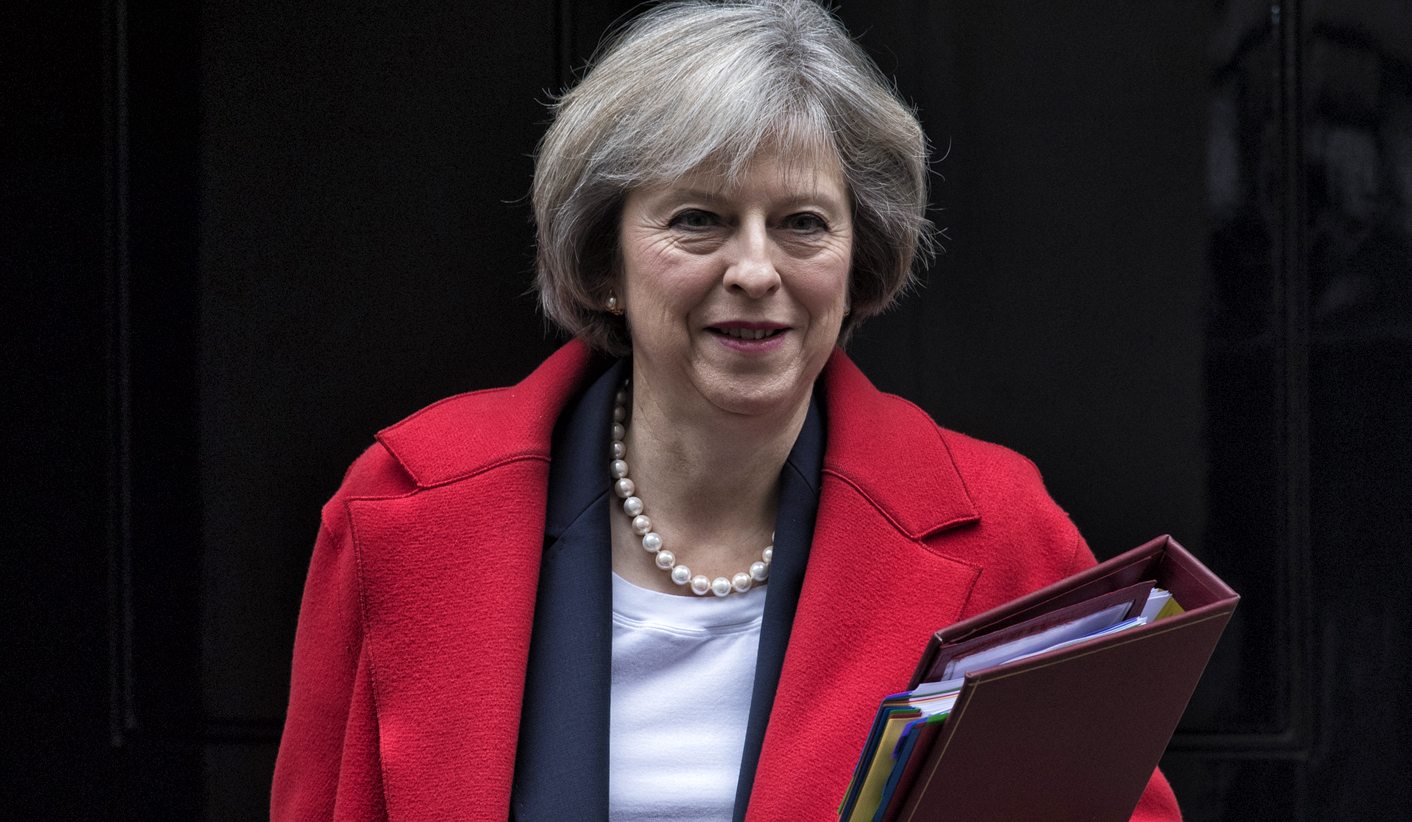 South Africa can be reasonably confident that by the end of 2019, at the latest, the UK will not legally be part of the European Union (EU), nor a signatory to the EU’s myriad trade agreements, including the recently agreed Economic Partnership Agreement (EPA) between the EU and the South African Development Community (SADC). What is less clear is the nature and character of the trading relationship the UK will have with the EU after Brexit is formalised. By RICHARD GIBB.

Equally unclear is the kind of trading relationship South Africa will have with the UK. As the below quotes illustrate, opinions are sharply divided:

‘Brexit will be terrible for Africa’s largest economies’ – Quartz Africa, 2016

The UK and the EU face a period of continuing uncertainty and complexity as they come to terms with the consequences of Britain’s vote five months ago to “leave”. The process of how and when the UK leaves, the nature of the all-important post-Brexit UK-EU relationship and the impact of the post-Brexit agreement on Britain’s national income are significant unknowns.

How Important is The UK to the South African Economy?

A summary of key South African merchandise exports to the UK in 2015.

Brexit therefore has the potential to impact South Africa on numerous fronts. The most obvious pathways are:

The long-term impact of Brexit on the UK economy will depend on how and on what terms the UK exits the EU. Several reviews have already identified several complex scenarios. However, it is best to conceptualise any future UK-EU agreement as being on a continuum between “Hard” Brexit – wherein the UK refuses to budge on issues such as free movement of people, taxation, environmental legislation, etc, in all likelihood leading to denial of benefits of the Single European Market (SEM) – and “Soft” Brexit – relatively free movement of people, goods, capital and services, and the UK remaining a de facto member of the SEM though not part of formal EU decision-making. In between the “Hard” and “Soft” Brexit extremes there exist a number of other possible alternative trading relationships, based primarily on the use of bilateral agreements to govern specific areas of trade.

It is simply not possible to predict with any accuracy the long-term impact of Brexit on the UK economy. Not only is Article 50 – the invocation of which by the UK triggers the formal negotiation process between the UK and the remaining 27 EU members – untried, but the nature and character of the post-Brexit agreement (Hard, Soft or somewhere in the middle) is at this stage unknown. And the post-Brexit agreement will be the determining factor. With 44% of UK trade with Europe it is hard to conclude anything other than the UK economy is vulnerable to a poor post-Brexit deal, especially one that effectively restricts UK access to the SEM. The UK economy, especially investments and FDI, is also vulnerable to uncertainty.

The most recent independent forecasts used by the UK government predict that the real effect of Brexit will be to cut the potential size of the UK economy by 2.4% in 2020. The most significant threat of Brexit to South Africa will arise from reduced export demand if the negotiations damage the UK economy. But with UK-destined exports standing at just 4% of South Africa’s total exports and a reasonable worst case scenario of the British economy shrinking between -2.5% and -5.0% of GDP by 2020 if a Hard Brexit approach is adopted, the direct impact of Brexit on the South African economy is likely to be marginal. While Brexit is not unimportant for the South African economy, its negative economic impacts on South Africa overall are likely to be negligible. Nevertheless, for certain South African industries, especially agriculture (wine and fresh fruit, especially grapes), precious stones and motor vehicles, the UK economy is disproportionally important and these sectors are more vulnerable if the UK economy is damaged by the process and impacts of Brexit.

Whatever happens in the post-Brexit negotiations, the UK will not be part of the Common Agricultural Policy (CAP). This is particularly important for South Africa, with its competitive and seasonally complementary agricultural industries. The UK’s very significant agricultural imports from the EU will almost certainly be reduced, due to trade barriers and the functioning of the CAP, opening up opportunities for South Africa to export more agricultural products to the UK. The well-respected Consultancy Agra Europe argues that “what is certain is that no UK government would subsidise agriculture on the scale operated under the EU”.

Until South Africa’s first democratic election in April 1994, access to the EU market was governed by its MFN status, which is at the very bottom of the EU’s complex hierarchy of trade privileges. South Africa’s market access to the EU was therefore on terms similar to the world’s most powerful states, such as the USA and Japan. In November 1994, South Africa applied for Lome membership, an application that was rejected by the EU on the grounds of WTO compatibility and the need to promote reciprocity.

Currently, South Africa’s trade relations with the EU (including, of course, the UK) are governed by a separate South Africa-EU Agreement: The Trade Development and Co-operation Agreement (TDCA), signed in July 1999. The TDCA established a free trade area that covers 90% of bilateral trade between the EU and South Africa.

The liberalisation schedules contained in the TDCA were completed by 2012. However, this will soon be replaced following the signing (signed but not yet ratified) of the Economic Partnership Agreement between the European Union and the SADC EPA Group. In February 2007, South Africa joined the Economic Partnership Agreement (EPA) negotiations as part of the Southern African Development Community Group. The SADC EPA, agreed and signed in June 2016, now needs to be ratified in the 28 EU Member States, the five Southern Africa Customs Union (SACU) Member States and Mozambique, according to national ratification procedures. The SADC EPA guarantees Botswana, Lesotho, Namibia, Swaziland (BLNS) and Mozambique duty-free and quota-free access to the European market. South Africa’s access, which is being enhanced from its current position, is less favourable than the BLNS states and Mozambique.

South Africa’s trade relations with the UK are, until such time as the UK legally leaves the EU, governed by South Africa-EU Agreements. The same is true for the BLNS and Mozambique. This affords South and southern Africa favourable and asymmetric access to the EU market, including the UK. However, the level of preferential access afforded to South African merchandise trade to enter the UK market, through European agreements, will be removed when the UK leaves the EU. The existing South Africa–EU trade regime, come 2019, will no longer apply to the UK.

A new South Africa (SACU/SADC)-UK trade and development agreement will therefore need to be negotiated, signed and ratified by 2019. The options are to:

From the evidence presented here, Brexit is likely to have a marginal impact on the South African economy as a whole. Even under a worst-case scenario of a “Hard” Brexit, and the imposition of WTO MFN tariffs, UK GDP could fall by an estimated -2.4% to -5.0%. This is unlikely to damage seriously South Africa’s exports to the UK.

Nonetheless, if a substantial reduction of UK imports does take place it could have a significant negative impact on certain South African industries, especially agriculture. On the other hand Brexit could open up certain opportunities for South Africa, in the very same sectors identified as vulnerable to a significant reduction in UK imports. When the UK leaves the CAP, opportunities will almost certainly exist for South Africa to expand its agricultural exports. The scale of this opportunity will depend on the UK agricultural regime designed to replace the CAP.

Until the UK and EU27 are in a position to clarify their post-Brexit trading relationship, it is very difficult for South Africa to assess what it will need to prioritise in its trade negotiations with the UK (and perhaps even the EU). However, the UK will almost certainly prioritise negotiating its post-Brexit EU trading agreement, alongside renegotiating its membership of the WTO. After that, the UK’s priority will be focused on establishing trade agreements with its largest trading partners, especially the USA, Canada, India, Australia, China etc. With the UK’s current trade negotiating capacity being severely limited – it has not had to do this kind of work for over 40 years – South Africa is not going to be a priority trade agreement.

The threat to South Africa is that, by default, Brexit could lead to a worsening of its access to the UK market until such time as a new South Africa / SACU / SADC-UK trade agreement is negotiated. The priority for South Africa is to avoid this default position, and negotiate, even temporarily, a UK trade deal that is close to, or better than, the existing EU arrangement. A secondary priority would be to focus on identifying and supporting, both domestically and through trade agreements, offensive trade interests which stand to gain from the Brexit change. DM

Professor Richard Gibb has published several books and numerous articles on regional integration in both Europe and southern Africa. Previously Pro Vice-Chancellor at the University of Plymouth (UK) and Provost of Abu Dhabi University, he now acts as a consultant on international trade agreements. He is also an Associate of The Brenthurst Foundation.

A longer version of this article is published as a recent Brenthurst Foundation Discussion Paper by the author.