Op-Ed: A Tribute to Fidel Castro 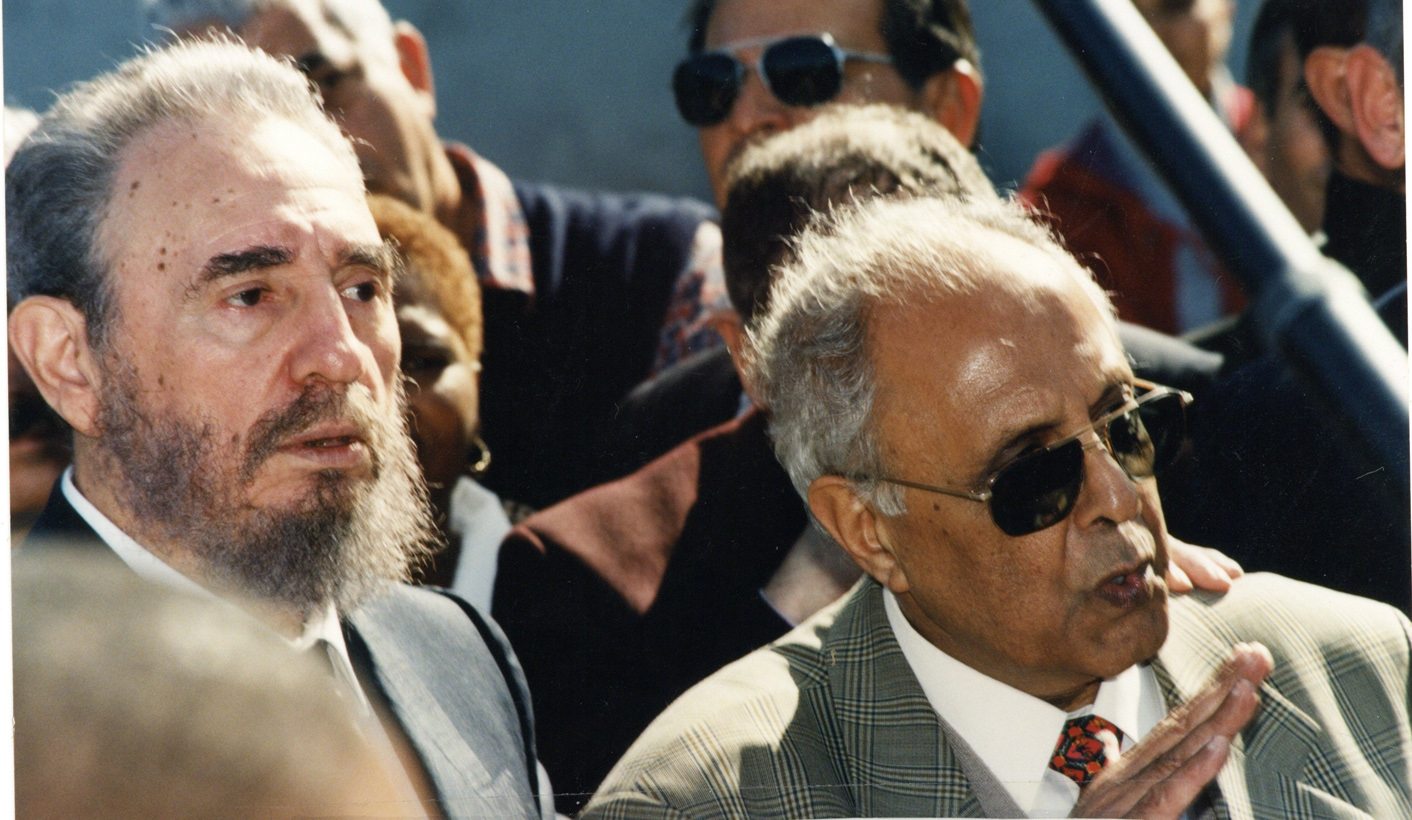 On Saturday, the globe woke up to the news of the death of leader of the Cuban revolution, Fidel Castro. On our screens, we saw some mourning the charismatic leader who started his revolution with a small band of people in the Sierra Maestra Mountains, eventually leading to the overthrow of the Batista government. Others yet, have been celebrating his demise. History will always judge people differently based on who is writing it. By AHMED KATHRADA.

For many in South Africa though, Castro has, and always will, symbolise anti-imperialism. His unwavering support for the freedom of South Africa and his stance against the apartheid regime, will ensure that his name is recorded in our history books as one of the foremost international supporters of our liberation struggle.

I had the opportunity of accompanying him to Robben Island in September 1998. I was struck by both his easy-going nature, and the great interest he paid to the history of the prison. In later years, I was reminded of the trip on two specific occasions: when Raul Castro and Barack Obama shook hands at the funeral of Fidel’s contemporary, Nelson Mandela; and, when I accompanied the recently released Cuban Five on a similar tour of the Island.

Castro came from a generation of leaders, who envisioned a more equitable society, based on mutual cooperation, especially between developing nations. His popularity in South Africa was undeniable. It was after all, Castro who received the loudest applause from the audience at the Union Buildings in 1994, as Mandela was sworn in as President. The only other world leader to have come close to receiving the welcome that Castro did, was the Palestinian icon, Yasser Arafat.

It is not a surprise that Castro was held in such high esteem, not only by the South African public, but for many others across the African continent. Cuba supported many liberation organisations, often at the loss of Cuban lives. It was Cuba who intervened militarily against apartheid forces in Angola and Namibia. Cuba is also well-known for its medical internationalism, as well as for hosting African students at its universities.

In his 1998 speech to the South African parliament, Castro stated that some 400  000 Cuban forces “fought together with African soldiers and officers on this continent for national independence or against foreign aggression.”

“From the African land in which they worked and fought voluntarily and selflessly, they only took back to Cuba the remains of their fallen comrades and the honour of having fulfilled their duty,” he said. “That is why we know and value the human qualities of the children of Africa much more than those that for centuries colonised and exploited this continent.”

In the same speech, Castro also called for a more equitable society, highlighting the great rift between rich and poor in South Africa. He described ‘two South Africas’: “one that enjoys well-being and freedom, the other having been able to conquer freedom but without well-being.” His analysis some 18 years ago, still rings true today.

As we remember his legacy, it is this message for a “more generous, more jointly responsible, more humane” society that should continue inspiring us. This is because the constant struggle towards a more just and equitable future is often a difficult one. As Castro himself once said, “A revolution is not a bed of roses. A revolution is a struggle between the future and the past.” DM

*Ahmed Kathrada is a former Robben Island prisoner and anti-apartheid activist. He has a foundation in his name which aims to deepen non-racialism.