Africa’s most senior female judge: ‘Would these men even listen to me?’ 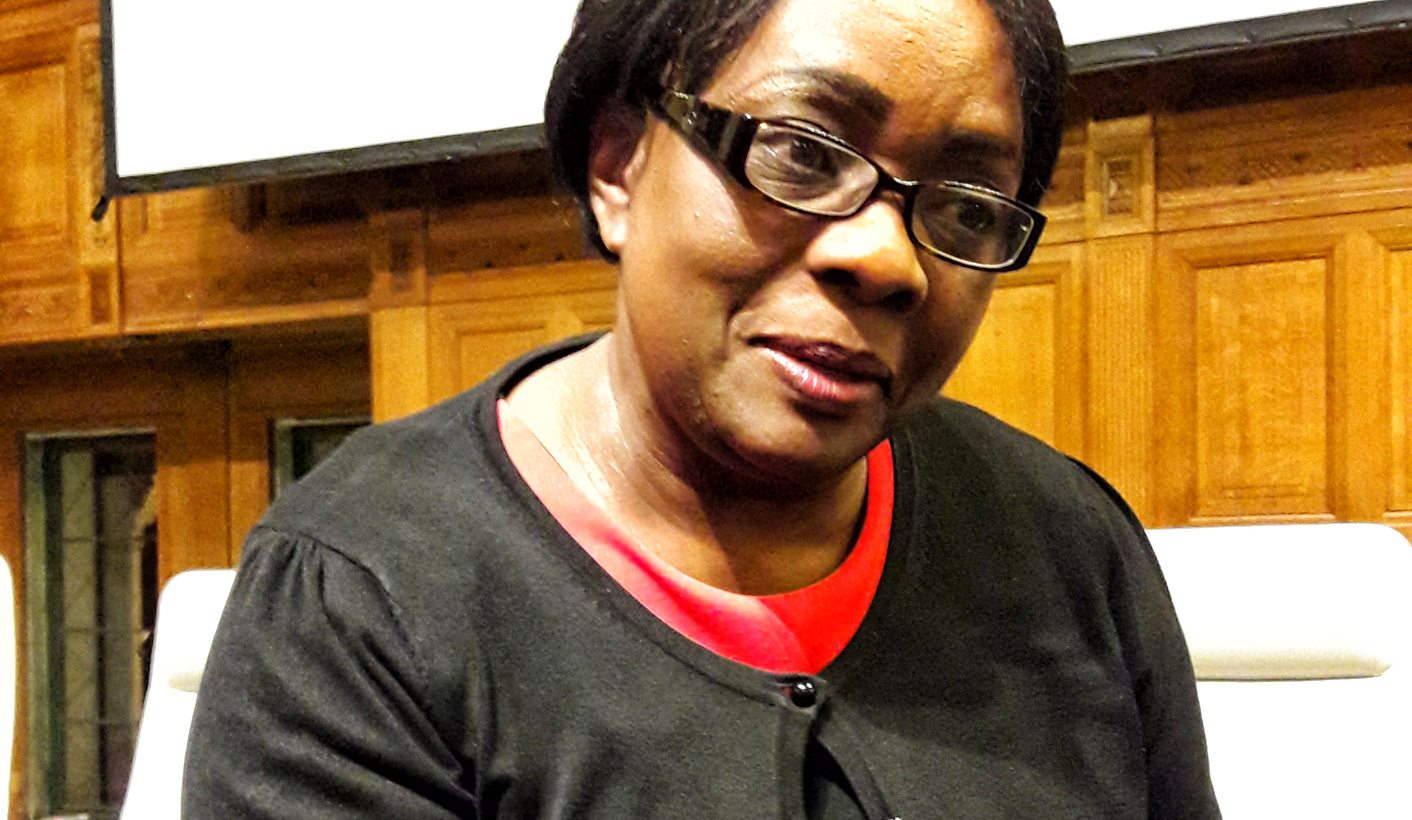 Judge Julia Sebutinde works where no African woman has ever worked before: in the rarefied, male-dominated halls of the world’s highest court. Getting there wasn’t easy, but she is a better judge for what she learnt along the way. By SIMON ALLISON.

Kampala, 1985. Julia Sebutinde is living through her second civil war. She’s just returned to her house with her second child when five drunk soldiers break her door down. Terrified, she gives them a radio. And although the soldiers complained, and although men and women and children were being killed for far less in those bloody years, that seemed to be enough, and they left.

The Hague, 2016. Julia Sebutinde stands under eight glittering chandeliers in a wood-panelled room in the Peace Palace, the late autumn sunlight gently filtered through stained glass windows. The ceiling arches high above her. Despite the incongruity of her surroundings, Julia Sebutinde looks quite at home. And so she should: this is her office, after all.

Sebutinde has come a long way. She would live through a third civil war as she rose through the ranks of Uganda’s judicial system, before being seconded to the Special Court on Sierra Leone in 2005. From there, she announced her candidature for a position as judge on the International Court of Justice, the world’s highest court.

It was a bruising election. Including Sebutinde, the court has only had four female judges in its 70-year history, so the United Nations General Assembly – which elects judges – needed some convincing. But after a record 13 rounds of voting, Sebutinde had secured the necessary majority, and in 2012 become the first ever black African woman to serve on the world’s highest court.

“I’ve often heard people say, even women say, during the campaign and after, that it’s not a big deal for a woman to be on this court. They have no idea what a deal it is. It is a big deal,” she says.

Even applying was hard. “When I was toying with the application, I went to the website and looked at the pictures [of men, almost exclusively] and was almost scared out of the idea. I thought these people will never accept me as one of their own. Would I say anything that they would even listen to? These are the scary thoughts that come to your mind.”

A nice idea, but Sebutinde is the first to admit that realpolitik gets in the way a little too often. “More often than not, when diplomacy fails, UN member states more readily resort to political or military solutions rather than judicial solutions. Usually, the stronger states are not willing to come to the court. They don’t see why they should, because they’re stronger politically, or financially, or militarily.”

That’s not to say the court is not effective. It has settled dozens and dozens of disputes, often preventing conflict in the process. And this is why Sebutinde does what she does.

“For me, one of the motivating factors in my running as a candidate from the court [is that] I come from the Great Lakes region, where there is always conflict. So many displaced persons, most of whom are women and children. The greatest number of rapes, the greatest number of murders, come from that region. As a judge, I’d sat in on cases and seen the consequences of conflict first-hand.

It is these twin experiences – as an expert in international justice, and as an eyewitness to state-sponsored violence – that explain her unmistakeable anger at the growing anti-ICC sentiment on the African continent. “African states should watch out against agents seeking to divide them and draw them into non-peaceful resolution of disputes by undermining the legitimacy of these [international justice] institutions,” she says.

“I’m not saying that the ICC is perfect, it’s still a new institution and it’s finding its feet. But I think that the accusations that have been made against it don’t make sense to me, and I don’t think I’m a stupid person. I sit and I take each argument and I measure it against the facts on the ground. And when it doesn’t make sense to me I dismiss the arguments.”

The bottom line, for Sebutinde, is that the arguments put forward by the ICC’s opponents seem to disproportionately weigh the rights of alleged perpetrators over those of the victims of war crimes, genocide and the like. “As an African woman who has lived with conflict, I am with the victims, always with the victims. Never with the perpetrators. If you can convince me that the victims are covered, then you can convince me. But if you cannot convince me you have thought about the victims, then [that’s a problem].” Needless to say, the arguments put forth by the likes of Presidents Uhuru Kenyatta, Pierre Nkurunziza and Yahya Jammeh have not convinced her at all.

These are unexpectedly strong words from a judge. But Sebutinde didn’t get to where she is by holding her tongue, or going soft on faulty logic. And where she has gone, others will follow.

“I have heard from women all over Africa and everywhere I go they say to me that you have opened the door for others who thought it was not possible,” she says.

That door is now wide open. It’s easy to imagine that if more women like Sebutinde walk through it, the world really will be a more peaceful place. DM