SARS Wars: Moyane covers his back in letter to Treasury about his new unit 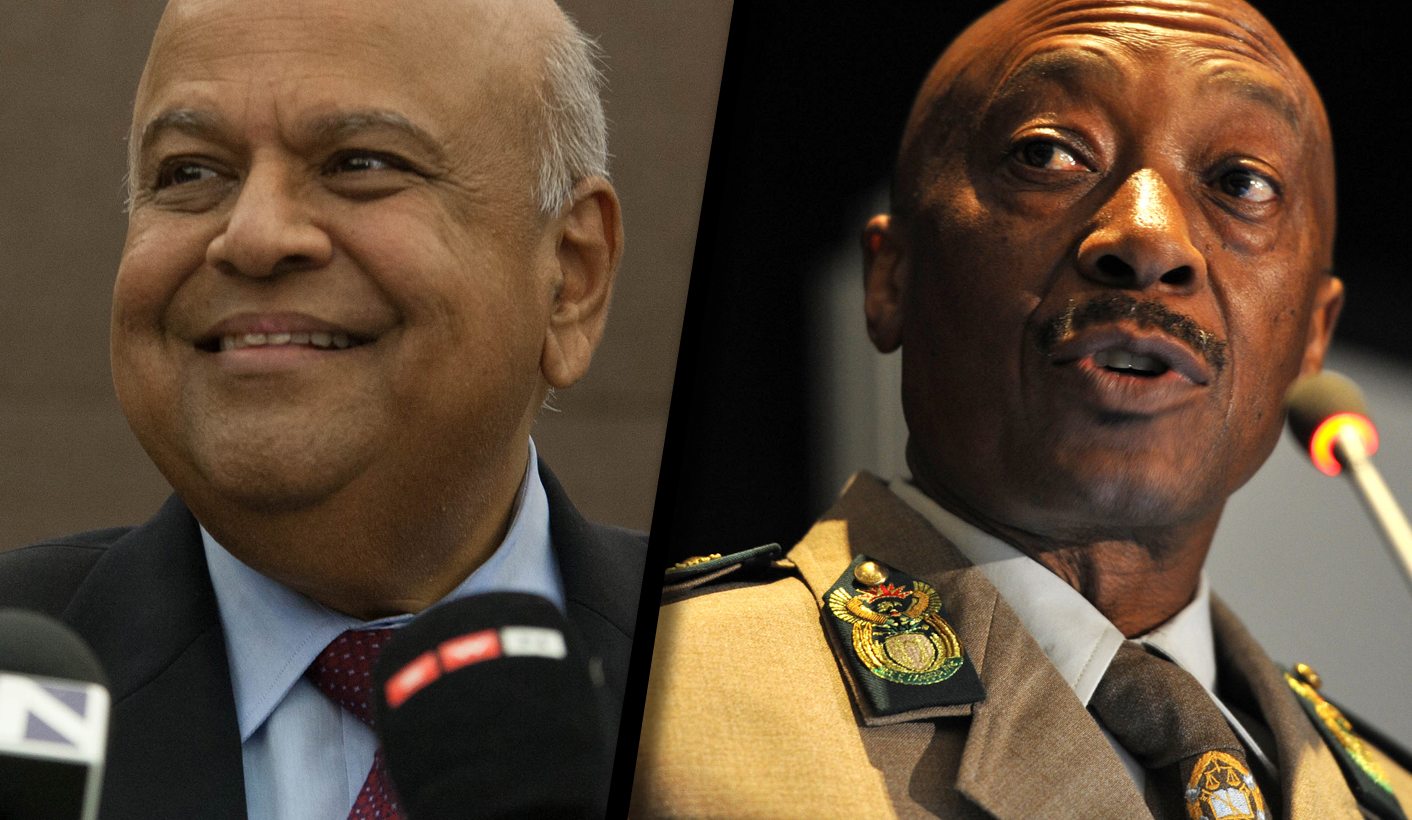 After an initial denial and then subsequent public leak of two SARS internal memoranda confirming the existence of a new investigative unit, Commissioner Tom Moyane on Tuesday penned a carefully worded letter to Finance Minister Pravin Gordhan informing him of the existence of the unit. In the letter Moyane explains to Gordhan that the unit was approved on September 15 and would work with SAPS and the NPA. The move follows a massive data leak on Twitter in August implicating SARS officials in serious criminal activity. Essentially, Moyane appears to be covering his back with regard to charges that this unit might be operating covertly. But there are still too many outstanding questions. By MARIANNE THAMM.

There was no way that the Hawks or SARS could have ignored the masses of evidence, made public in August in a leak on Twitter by the @EspionageSA account, that corrupt SARS officials, as well as SAPS members, were implicated and colluded with British American Tobacco, conducting illegal surveillance as well as accepting bribes.

The explosive evidence, which had been the property of Forensic Security Services (FSS) – a company contracted by British American Tobacco – pointed to wide-scale corruption of SAPS and SARS members as well as the of undercover agents by BAT in order to thwart the business activities of competitors.

The fact is much of what was exposed by @EspionageSA had already been uncovered, as far back as November 2013, by the various iterations of the SARS High Risk Investigative Unit, later dubbed the “rogue unit” before it was disbanded.

Interestingly, several panels – including the Sikhakhane panel and the Kroon Board of Inquiry – and set up to “investigate” the “rogue unit” failed to take into account all of this evidence. Members of these panels could not have been unaware of the existence of this evidence as former Deputy Commissioner Ivan Pillay had made submissions to the Sikhakhane panel to this effect.

Moyane’s letter to Minister of Finance, dated November 22, is carefully worded, in a seemingly official attempt at scuppering any claim that his new unit – headed by Yegan Mundie, a senior manager with the SARS anti-corruption unit in Pretoria as well as Gobi Makhanya, a SARS KZN investigator – is in any way “covert”, “rogue” or illegal.

“A criminal docket has been opened at Johannesburg Central police station. Following investigations by the SAPS, a request was made that SARS be involved to assist in as far as tax matter (sic) and the involvement of SARS officials in the alleged activities,” Moyane informed Gordhan.

The Commissioner is careful to point out that the mandates of the SARS officials “is only in as far as it relates to SARS employees involved in alleged criminal and tax matters. The team operates in SARS offices and are known in SARS that they are targeting criminal syndicates in SARS”.

What Moyane is alluding to here perhaps is that unlike the High Risk Investigative Unit, who have been charged with not being “known” in SARS (a spurious allegation as all members of the HRIU in its various iterations were on the SARS payroll) his unit is legit and all above board.

Questions have, however, in the meantime been raised about the suitability of Mundie to head the unit. Forensic Investigator Paul O’Sullivan has alerted SARS to evidence he has come by that Mundie is allegedly close to retired Lieutenant General Vinesh Monoo, Gauteng head of detectives, whom O’Sullivan has consistently claimed is, in turn, close to underworld figures. O’Sullivan has lodged various cases to this effect but nothing has come of them as of yet.

“As I have it, Mr Mundie is not only a long-standing friend of erstwhile head of detectives, Lt General (retired) Vinesh Moonoo (who himself has had a long corrupt relationship with [Robert] Huang), but is also one of the persons responsible for the ongoing investigations into Mpisi/Huang/Khulubuse Zuma. I feel a public statement on SARS’s position viz the investigations (or lack thereof) into the Mpisi customs and tax fraud may help clear the air. Especially if such public statement sets out what will be done about the relationship between Mr Mundie and Huang/Mpisi,” said O’Sullivan.

However, what Moyane does not make explicit in his letter to Gordhan – and these are the small details that are vital to sweat – is exactly who it was that made the request for SARS to become involved in the investigation.

Was it a “push” or a “pull” request meaning did a SARS official request Moyane to set up the unit or did SAPS ask for help? Moyane’s wording is perhaps deliberately ambiguous.

Also the SARS Commissioner does not set out for Gordhan the legislation in terms of which the new unit is constituted, nor does he elaborate on its mandate or whether this mandate had been approved and if so by whom.

He also does not set out how the new unit might differ from the SPU/NRG/HRIU and the “Project Snowman” bundle – a dossier compiled by former SARS official Mike Peega and which has been in the public domain since 2009. The claims in the Snowman bundle – of a “rogue unit” – were later advanced by attorney Belinda Walter after her relationship with SARS Group Executive Johann van Loggerenberg ended acrimoniously.

Further questions have arisen with regard to Mundie’s bona fides with the revelation of a letter from SAPS requesting Mundie to collect a “black” or “one-time” cellular phone Mundie had allegedly given to a SAPS CI investigating officer to use in order to communicate with him [Mundie]. SAPS returned the phone as was deemed irregular and covert. In the past, all telephones used by the HRIU were RICA’s through SARS and registered in the names of unit members who were also easily identified as SARS members.

In his letter to Gordhan Moyane seemed to overlook motivations and approval in the two leaked interoffice memoranda for pool cars and the use of a dedicated boardroom until a “safe” house could be found for the unit. If the unit is not covert, the question arises as to why it would require such a safe house?

There is also no reference in Moyane’s letter as to how the new unit is to be funded from what one of the memos describes as a “cost centre”, established ostensibly to ensure “secrecy”.

The original memos also suggest that the unit intends to investigate the Hawks, the NPA, SAPS Criminal Intelligence and SARS officials – while Moyane’s letter to Gordhan says it will only be investigating SARS officials. Also there is no mention anywhere of the State Security Officials who have been implicated. DM

Thuthuka: A programme that makes all the difference