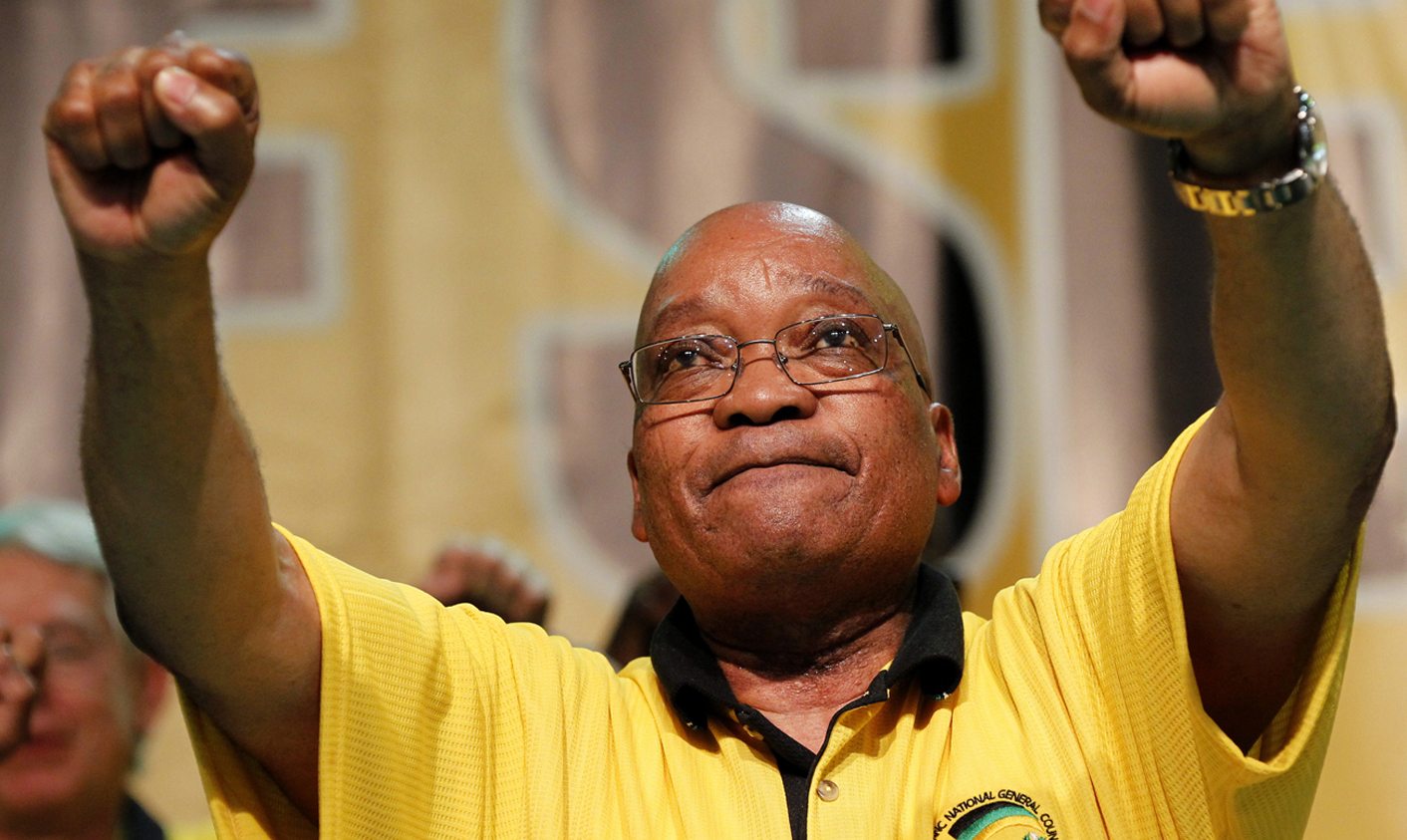 There’s a lot of talk about South Africa’s constitutional democracy, the rule of law and the benefits and flaws of the post-1994 system. According to a new survey, however, citizens aren’t all that committed to this thing called democracy and have less interest in it than many of their African peers. GREG NICOLSON takes a look.

Afrobarometer is a research organisation that conducts public attitude surveys across the continent on issues of democracy, governance and the economy – the sort regularly quoted by policy buffs, NGOs and academics with an interest in understanding what people think and how to make things a little better. Sure, those with an interest might often be foreign NGOs and their interventions sometimes outdated or harmful, but when a press release arrived titled “South Africans still not fully committed to democracy”, we thought it’d be worth a look.

The cover of the latest Afrobarometer report, Do Africans Still Want Democracy?, features a picture from Johannesburg’s Constitutional Hill and the introduction begins by painting the difference between perception and reality.

Wars in Syria and Iraq might suggest a globe plagued by conflict, but international and civil conflicts are at record lows. Portrayals of horrible living conditions suggest increasing poverty, but extreme poverty was halved globally in the 20 years to 2010. “Might the same type of discrepancies exist with regard to democracy?” ask authors Robert Mattes and Michael Bratton. They note some of the news from the continent: leaders clinging to power, manipulated elections, politicians ignoring institutions of accountability.

Then they asked whether you disapproved or approved of a one-party state, a military government, or the abolishment of Parliament and elections so the president can decide all.

“Committed democrats” were defined as those who support democracy and consistently reject the authoritarian options of governance.

Of those polled, 64% of South Africans agreed that democracy is preferable, while 80% disapproved or strongly disapproved of presidential dictatorship (sorry, JZ), with 72% against one-party rule and 67% against military rule.

While 33% of South Africans being open to military rule is rather scary, the majority was for this democracy thing. But are they committed?

Only 35% of South African respondents said they preferred democracy and rejected all three types of authoritarianism. To put it in perspective, Afrobarometer provided a list of polled countries. South Africa comes 27th in its public support for democracy, just below Burkina Faso and Liberia. The average support across the 35 countries was 43% (meaning, according to the survey at least, that less than half of the citizens in the countries polled are committed to democracy). Mauritius topped the chart at 74%, followed by Senegal at 66%. In the 2011-13 survey, 42% of South Africans were found to be committed to democracy.

Noting the low support for democracy in certain countries, the authors said, “It is striking how many African democracies are in this group, including South Africa, Tunisia, and São Tomé and Príncipe, which implies a mismatch between the presence of democratic institutions and the absence of democratic orientations among citizens.”

South Africa was put in a group with low and stagnant democratic support, including Lesotho, Madagascar, Mali, and Mozambique.

“Perhaps the most surprising case in this group is South Africa, where little more than one-third of all adults (just 35% in 2015) have ever been committed democrats. One possible explanation is that, since 1994, South Africans have never been inoculated against an extreme authoritarian alternative, for example by experiencing military rule or personal dictatorship.

So South Africa hasn’t had its vaccination against authoritarianism and it means corruption might set in and undermine stable institutions. Sounds familiar.

South Africa scored slightly better on the perceptions of whether the country has a satisfactory democracy, with 37% of respondents agreeing, above the 35% average.

South Africa is not alone. Recent Afrobarometer trends show declining support for democracy across the countries surveyed, with some large discrepancies, of course, between the countries.

In general, the urban, university-educated middle class showed the highest demand for democracy. Interestingly, political rather than economic goods were seen as more important and the quality of elections had a strong correlation between perceptions of democracy, with flawed elections having a significantly negative impact.

In the long term, the report takes a positive view. Since 2002, both perceptions of the desire for democracy and belief in whether people live in a democracy have on average increased.

“For this reason, recent setbacks in popular democratic attitudes should be viewed in the broader context of generally positive long-term gains,” say the authors.

That’s great, but if only 35% of South Africans support democratic systems and reject authoritarianism, we might have a problem. DM