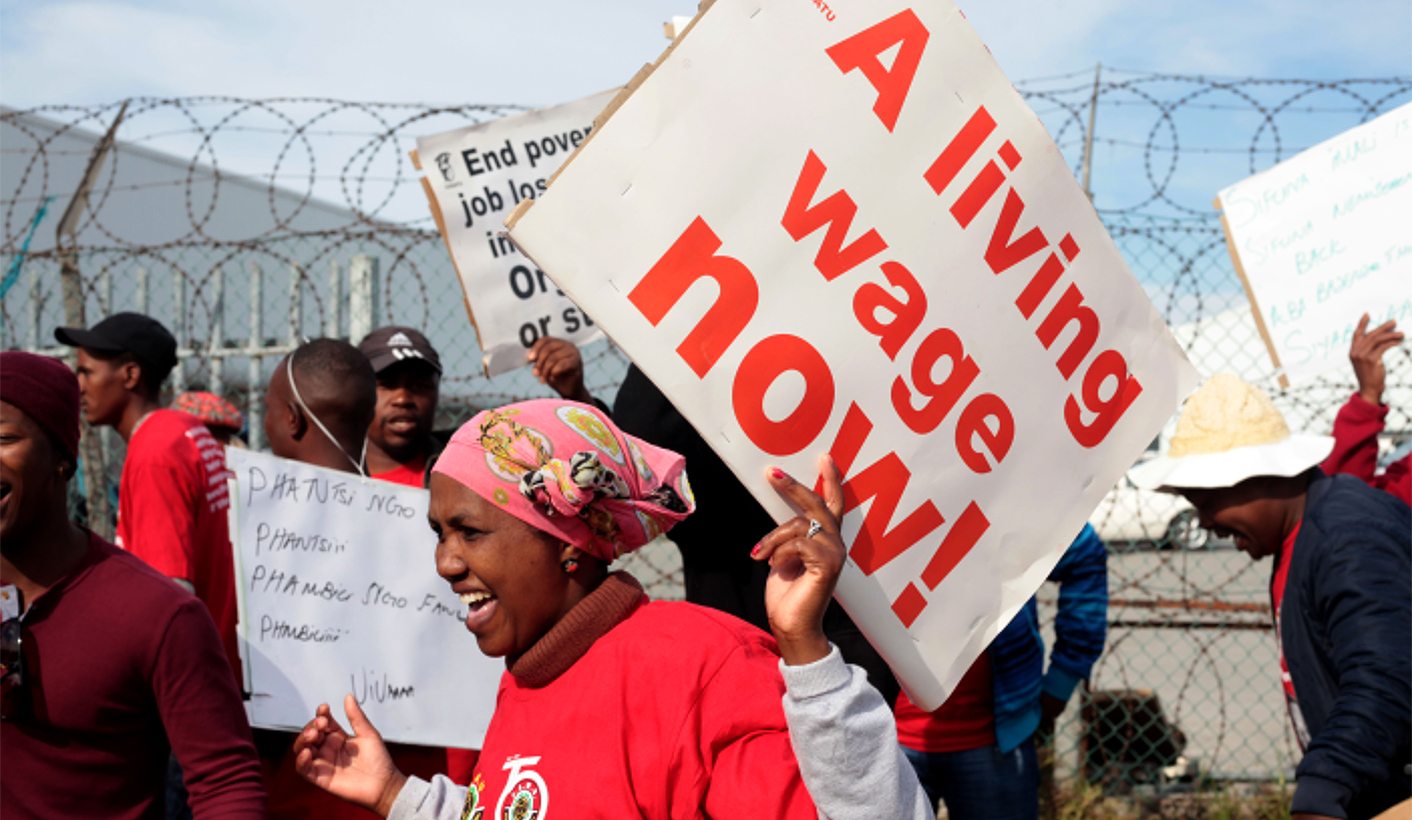 This quick guide to the National Minimum Wage offers essential info for employers and employees. Note the intriguing statistics at the end of the story. By GROUNDUP Staff.

On 20 November the 160-page National Minimum Wage Panel Report to the Deputy President was published. Here’s a quick guide to the most important things employers and employees need to know.

What is this report?

The report makes recommendations on a National Minimum Wage (NMW) policy and how to implement it.

Who put this report together?

The report was written by the National Minimum Wage Advisory Panel. This panel, established by Deputy President Cyril Ramaphosa, reports to him in his capacity as the head of Nedlac. On November 20 Nedlac’s Committee of Principals received the report, and it was published.

What is Nedlac? And the Committee of Principals?

Nedlac — the National Economic Development and Labour Council — is a body where government, labour, business and community representatives meet to negotiate important matters. It is one of the institutions that was set up at the beginning of South Africa’s democracy.

The Committee of Principals are the senior representatives from government, business, labour and community. This is the committee responsible for overseeing the negotiations that take place at Nedlac.

Are the report’s proposals done and dusted? Is it the law?

No, at least not yet. The Nedlac principals now have to take the report to their constituencies to discuss it. They will reconvene at Nedlac, probably in the next few weeks, negotiate it and possibly reach an agreement adopting the proposal. The report calls for agreement to be reached on its proposals in December 2016.

If the report’s proposals are agreed upon at Nedlac, then Parliament will probably pass legislation to make the NMW legally binding on employers. The report recommends that this be done by July 1, 2017. The report also recommends that systems be put in place to administer the implementation of the NMW by this date.

How much is the NMW?

The report recommends a minimum wage of R3,500 per month for full-time workers, or R800 per week, or R20 per hour. These are equivalent amounts assuming a 40-hour work week and 21.875 working days per month.

Must it be implemented immediately?

No. Assuming the proposals remain unchanged and become law by July 1, 2017, there will be a two-year period for employers to implement them. During that period the report recommends that “compliance should (be) achieved through technical assistance and persuasion”.

The report says there should be no fines for the first two years (starting July 1, 2017). Fines for non-compliance be implemented from July 1, 2019.

The report also recommends that small businesses (employing fewer than 10 people) be given 18 months to implement the NMW.

It proposes that farmworkers and domestic workers be paid 90% and 75% of the NMW in the first year respectively after which “any adjustments to this” will be “done on the basis of evidence”.

Does it apply to all workers?

Some employees are exempt from the NMW. If you are self-employed and pay yourself a wage you do not have to pay yourself the NMW. If an informal family business employs family members, they do not have to be paid the NMW. People in the Expanded Public Works Programme are exempt from the NMW. So are unpaid volunteers and volunteers receiving a stipend, as well as people paid by state security agencies and the SANDF.

The report recommends that an expert group figure out what to do about welfare sector and care workers, many of whose wages are subsidised by government.

Also, businesses can apply for exemptions from the NMW. The report says the process for applying for exemptions should be simple and efficient. It applies only to “firms in sufficient economic distress”.

When will the NMW be increased?

The report says that from 2020 a new body will review and propose adjustments to the NMW once a year. This implies that the current proposed NMW amounts probably will be in effect until 2020.

What is the purpose of the NMW?

The NMW aims to reduce poverty. The report states that its drafters believe the proposed NMW “is the best level for minimising the danger of job losses while at the same time maximising the potential to pull people out of poverty”.

It also states: “[T]here is no research or data that can accurately predict the outcome of any policy intervention.”

The report keeps open the possibility of adjusting the NMW based on evidence as it emerges.

How will all this be co-ordinated?

There are three bodies that consider work conditions: the Employment Conditions Commission, the Employment Equity Commission and the National Minimum Wage Advisory Panel. A new commission will be established called the Decent Work Commission, which will co-ordinate the work of these bodies. A commissioner will be selected by the Minister of Labour, in consultation with Nedlac and the Presidency, to run the Decent Work Commission.

Here are some interesting statistics in the report (GroundUp has not had an opportunity to verify these):

Photo: Wage strike in Philippi in May 2016. Photo: Masixole Feni