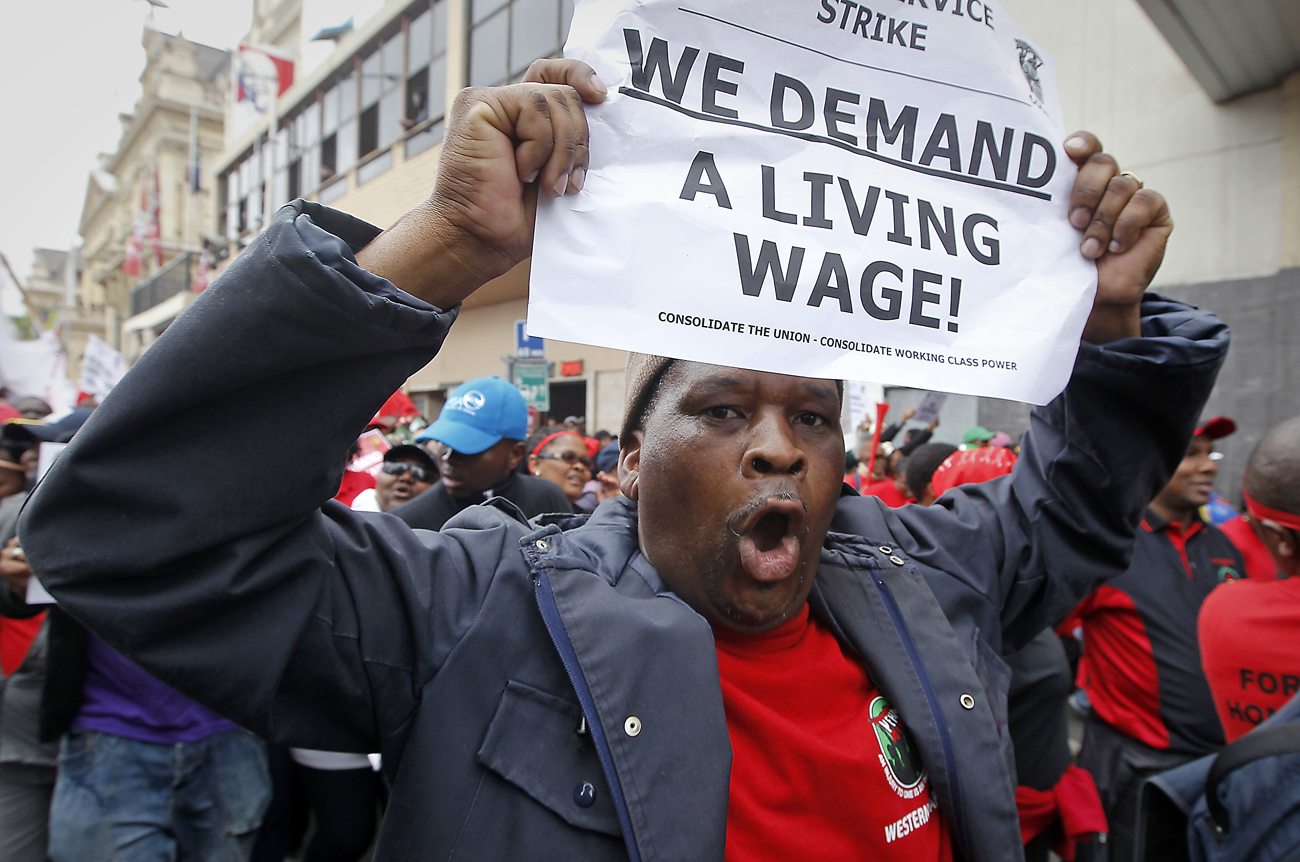 The EFF has slammed the proposed National Minimum wage of R3500 per month, announced by Deputy President Cyril Ramaphosa on Sunday, saying that the move favours business at the expense of workers. By Jeff Wicks, News24.

Ramaphosa announced the findings of the National Minimum Wage (NMW) report. Among them, is a proposal of an NMW of R3500 per month or R20 per hour.

“The proposal will not lead to the desired resolution of the problem of inequality. Instead, it is going to institutionalise these inequalities at low poverty wages,” EFF spokesperson Mbuyiseni Ndlozi said in a statement.

“Any minimum wage that is below R4500 will not make any difference to the lives of workers or the resolution of inequality in wages and actual living conditions. Above all, wages of South African workers have higher dependency ratio whereby an individual income has stretched high and unusual number of dependencies,” he said.

“We further reject the idea that there must be exceptions for farmworkers and domestic workers. We reiterate that no one, from petrol attendants, security guards, farm and domestic workers, to cashiers in all big retail stores; no one must earn less than R4, 500 per month,” he said.

“The EFF will not support Ramaphosa’s proposal and will mobilise all workers to reject it in favour of a much more meaningful National Minimum Wage of no less than R4500.”

Lonmin ‘could have paid more’

Already in the Marikana commission, it was proven that Lonmin could, taken its profits, afford to pay workers the demanded minimum wage of R12,500, the EFF said. This was four years ago already.

The party said the process of minimum wage is long overdue and requires a genuine, aggressive and speedy resolution to exert discipline on private capital which has taken advantage of people’s   lives for far too long.

The ANC, however, welcomed the announcement.

“The recommendations contained in the panel’s report are sound, credible and clearly supported by clear evidence, including technical submissions made by organised business, organised labour, government and community constituencies,” Kodwa added. DM