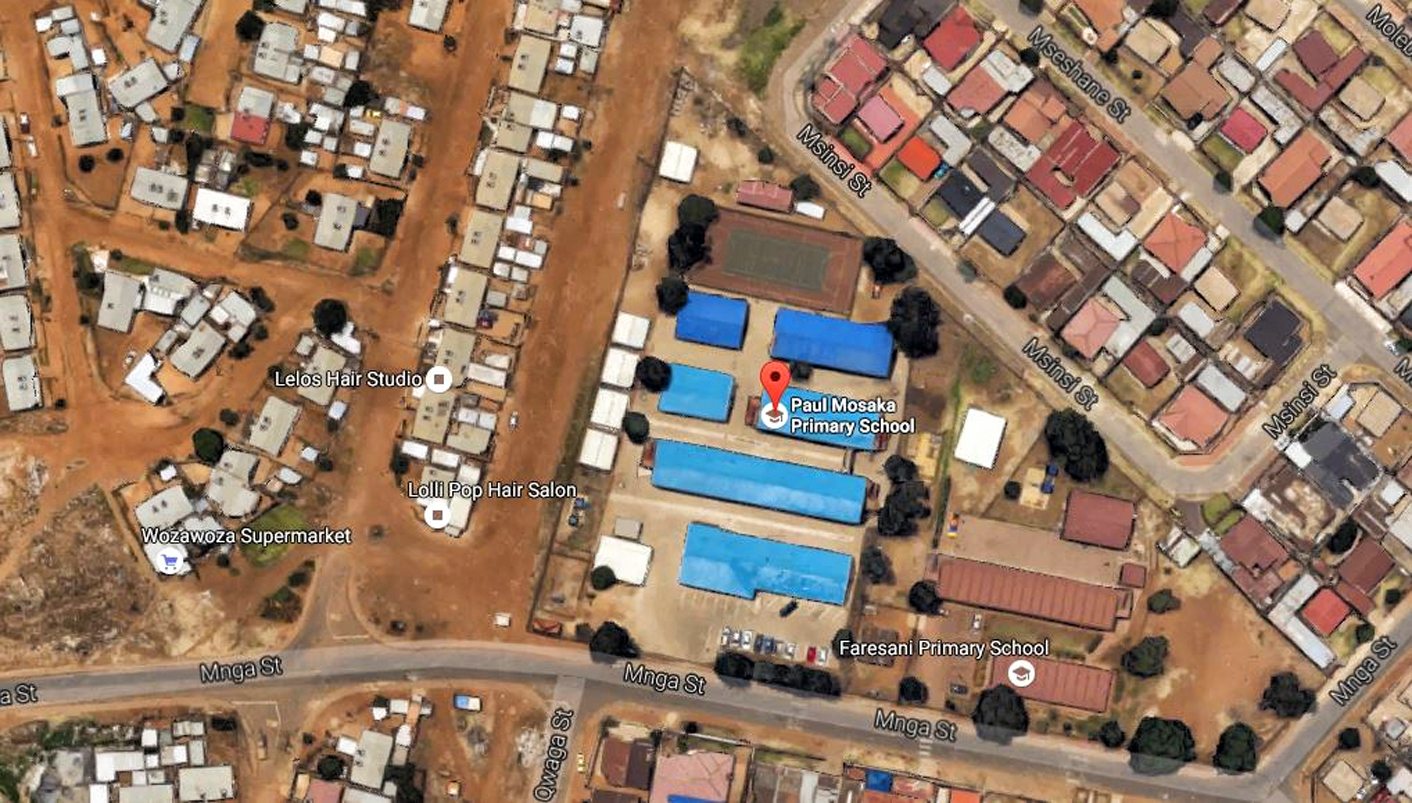 On Monday morning, pupils at Paul Mosaka Primary School in Pimville, Soweto witnessed a gruesome attack on their principal. The alleged assailant, a former teacher at the school, is said to have had a grudge against the principal following his dismissal last year for fabricating his qualifications. By BHEKI C. SIMELANE.

The Paul Mosaka Primary School Principal, Nothemba Lebepe, was stabbed on Monday morning in Pimville, Soweto. The attack has raised fresh concerns on schools’ safety. The senior educator was stabbed in the school premises in full view of some shocked pupils and teachers. The assailant, a former teacher at the school, is believed to have gained entry through the school gate after overpowering a security guard at the gate.

The incident is suspected to have been in revenge of disciplinary measures taken against the former teacher, which had led to his dismissal last year.

Residents within the vicinity of the school expressed their shock and condemnation of the act, which most believed was the first such incident to occur in a school in the area.

The assailant allegedly stormed into his former place of employment armed with a knife and hammer. When the principal arrived at the school in her car, the man charged at the car and began smashing the windows before stabbing her.

The disciplinary measures against the teacher were initiated upon discovery that he might have fabricated his qualifications. An investigation led to his dismissal last year.

“Well, that just tells you how unsafe our kids and teachers in our schools are. The department of education needs to act quickly to protect our teachers and kids. It’s even shocking that something like this could take place in the school premises. When criminals can freely walk in and out shows just how vulnerable our schools are,” said Linda Mudau, a Pimville resident.

On Monday the South African Council of Educators (SACE) sounded a strong warning to all educators with fraudulent teaching qualifications. The organisation said it had begun verifying educator qualifications in independent and private schools, and that the probe would eventually be conducted in all schools. Twenty teachers are said to have been found to have committed qualifications fraud, which has prompted strict admission measures to be put in place. New applications for teachers will now be registered with SACE.

The organisation’s CEO Rej Brijraj told reporters in Pretoria on Monday that 593 complaints against teachers were dealt with in the past year alone. Brijraj said 30 teacher registrations were struck off the roll, 25 indefinitely, while the five were struck off for determined periods. Seventy teachers were found guilty after a total of 77 hearings against them. Five had their cases withdrawn, while two were cleared.

Daily Maverick has ascertained that some schools employ pensioners as security guards, who in most cases are not able to stand up against dangerous intruders. While some schools have solid security in place, many remain vulnerable.

Gauteng Department of Education Spokesperson Oupa Bodibe concurred that schools’ safety was of great concern, but cited competing priorities and lack of enough resources as the department’s main challenge.

Daily Maverick also learnt that strangers freely let themselves in and out despite there being security at the gate at the school. Strangers and visitors are not stopped at the gates because some guards often leave their posts to run personal errands.

SACE Spokesperson Themba Ndhlovu condemned the attack on the school principal and called for the government’s intervention. Ndhlovu said: “We condemn that incident in the strongest possible terms, in actual fact, it’s a worrying factor that a teacher could attack another in full view of primary school children. What message are we sending?”

Ndhlovu said protection of teachers goes beyond just their physical safety, but also extended to providing teachers with the implements necessary for learning. He said the Soweto incident should be a wake-up call.

Ndhlovu added: “Monday’s incident talks to all of us, particularly the government, to say let’s improve safety in our schools. Our teachers are apparently vulnerable and we cannot, as a nation, allow that to go on unchallenged.”

The South African Police Services (SAPS)’s Kay Makhubele confirmed on Tuesday that the suspect had already been charged with attempted murder.

The incident occurred as the Department of Basic Education is concerned with incidents of more leakages of matric exam papers. The department said an investigation into the source of the exam paper leakages should be complete by Tuesday. The Limpopo leakages were the second during the current sitting of matrics. DM