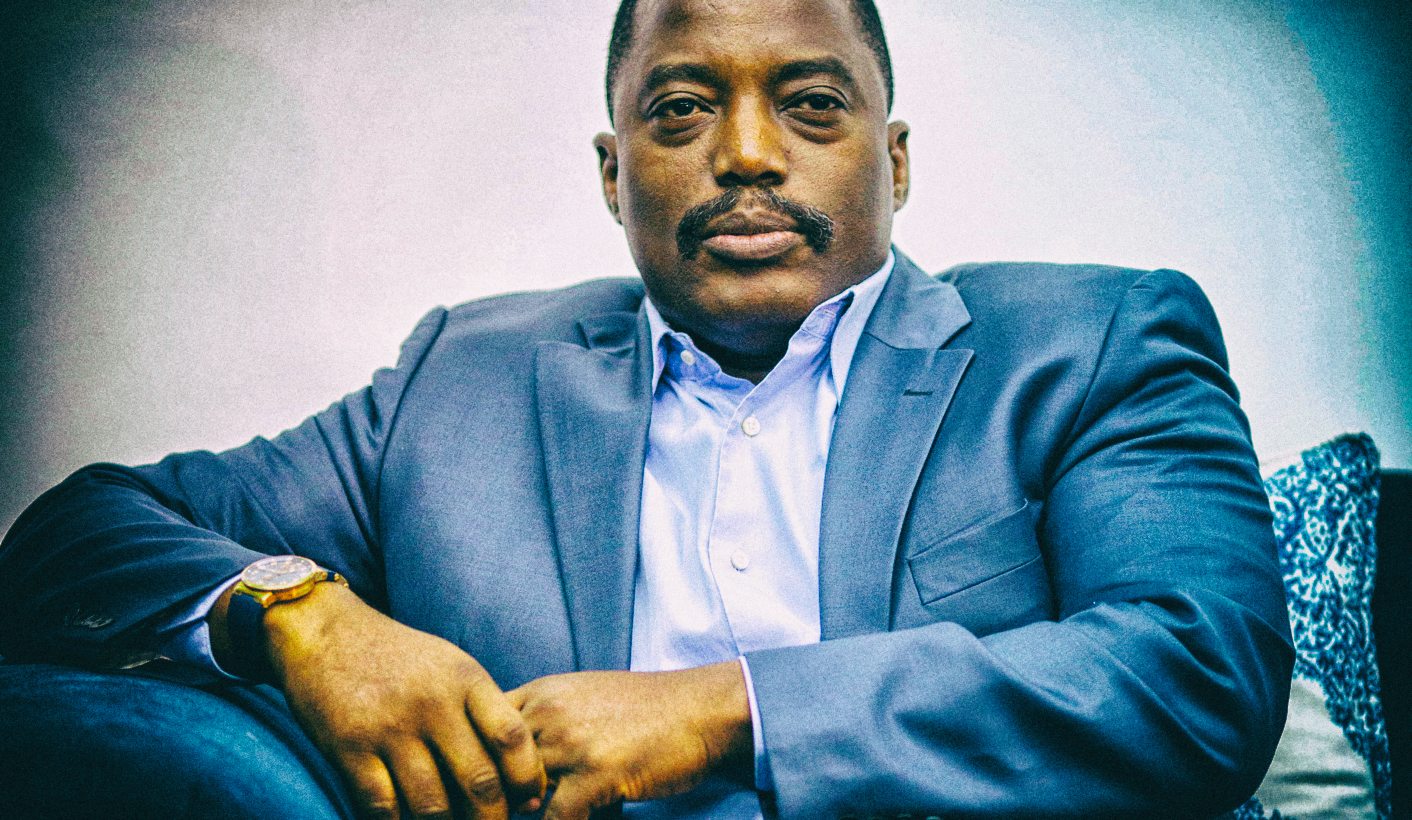 If you’re wondering why Joseph Kabila is pushing so hard to stay in power in the Democratic Republic of Congo, wonder no more: a new Global Witness report points to just how much the president is likely to benefit from extending his time in office. By SIMON ALLISON.

Let’s be honest: being president, of anywhere, doesn’t look like much fun. The pressure is intense, the workload relentless. It’s impossible to please everyone. Sure, there’s usually a nice house and a coterie of fawning apparatchiks, which is great for the ego, but otherwise it’s a merry-go-round of inane speeches, diplomatic platitudes and trying to stay awake in endless summit meetings (failing, if you’re Robert Mugabe or Jacob Zuma). So what exactly is the appeal?

In the Democratic Republic of Congo, President Joseph Kabila is following in the recent footsteps of his neighbours – Pierre Nkurunziza in Burundi, Denis Sassou Nguesso in the Republic of Congo, Paul Kagame in Rwanda – in manipulating laws and technicalities to extend his time in the Presidential Palace.

His two constitutionally allotted terms expire on December 19, but it is clear that Kabila has no plans to go anywhere yet. Officially, he blames faults and delays on the country’s electoral system, maintaining that it is simply not ready to conduct a credible vote (he might be right, but if so he only has himself to blame: after 15 years in power, he has had plenty of time to fix the glitches).

So far, talks with some of the fragmented opposition have bought him another four months, with an election now scheduled for April 2018. This has come at a great cost to the country: dozens of people have been killed in police crackdowns on anti-government protests sparked by Kabila’s so-called glissement strategy. In French, glissement means slippage, and is used in the DRC to describe Kabila’s machinations to stay in power.

Assuming that Kabila does step down in April, was the extra year and four months really worth the deaths, the violence, the instability? Or assuming he doesn’t, what makes him cling so emphatically to a such a difficult job, risking his country’s future – and his own legacy – in the process?

A clue might be found in a new investigation by Global Witness, an NGO established to investigate the links between money, politics and natural resources. In a report released on Tuesday, they claimed that Gecamines, the DRC’s state-owned mining company, had signed away the royalties on its most lucrative mine to an offshore company. The deal was concluded last year, in secret, and is worth in the region of $880-million over the deal’s 25-year lifespan. It is unclear what, if anything, was received by Gecamines in return.

And here’s the kicker: the offshore company is linked to Dan Gertler, a close friend of Kabila’s who has been repeatedly linked with massive corruption in the DRC. Most recently, a US Justice Department investigation found that Gertler paid $100-million in bribes to DRC officials, including Kabila, on behalf of a US hedge fund.

Let’s repeat this, in case you missed the enormity the first time round: the president of one of the poorest countries in the world just gave his buddy nearly a billion dollars worth of mining royalties. In secret.

“It’s outrageous that the state miner Gecamines has signed away rights to huge sums of money that should go towards building Congo’s future. It’s even worse that it has handed them to this unknown, anonymous company that is linked to an individual with a track record of suspicious deals,” said Pete Jones, a campaigner at Global Witness. “The state mining company should be trying to make money for the Congolese people, but here it is signing away its rights to huge royalties.”

So now things start to make sense. Can there be any doubt that Kabila is receiving an enormous kickback from the dodgy deal? And that the longer he stays in office, the greater his money pile grows? Every month extra is another few million, or a few tens of millions, in the bank.

And it’s not just Kabila that benefits, of course. He’s probably already got enough to retire on comfortably. But the tentacles of patronage that snake out of the president’s office implicate officials at all levels of government and business, who all need more time to eat – and who worry that their own livelihoods will disappear when a new leader takes charge.

In Zimbabwe, it has long been rumoured that President Robert Mugabe wanted to step aside before the last election in 2013, so that he could enjoy the fruits of his ill-gotten wealth free from the burden of actually running a country. But the ministers and generals around him refused to let him go, because they knew that their careers could not survive in a post-Mugabe Zimbabwe.

Kabila is doubtless in a similar position. Under pressure from his friends, and with the money flowing in his direction in enormous quantities, squatting in the Presidential Palace is by far the most lucrative option. We’ve all been there. We’ve all taken, or stayed in, a shitty job for the money. The difference is that Kabila is gambling on the future of 67.5-million Congolese citizens while he does it. DM

Photo: Joseph Kabila Kabange (R), President of the Democratic Republic of the Congo, during a meeting with German Foreign Minister Frank-Walter Steinmeier (not pictured), in Kinshasa, 19 February 2015. EPA/MICHAEL KAPPELER