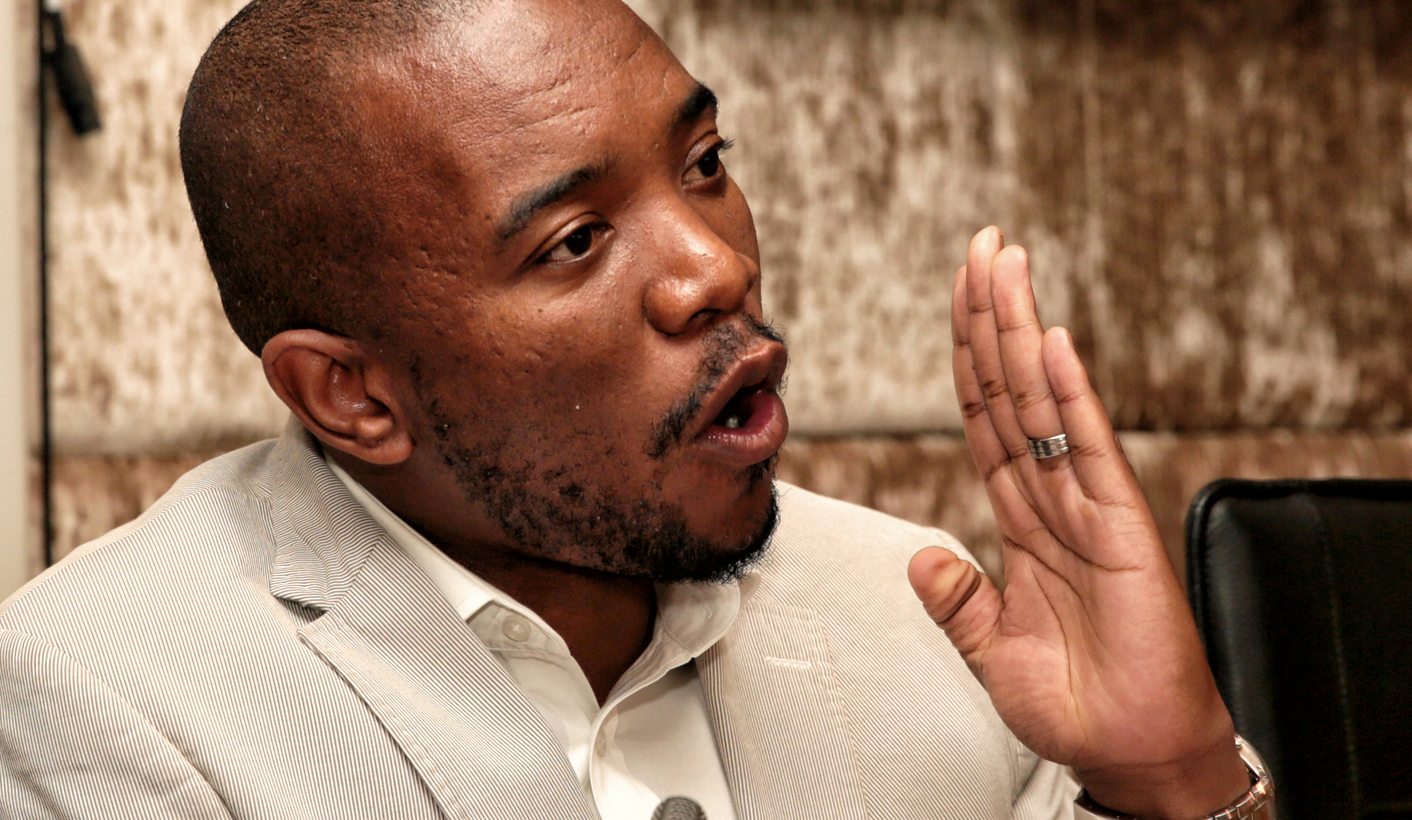 Two weeks after the release of the Public Protector’s State of Capture report, the DA on Tuesday asked police to investigate a wide range of legal violations. Following tradition, it’s unlikely the charges will result in prosecution. By GREG NICOLSON.

DA leader Mmusi Maimane, speaking at the Rosebank police station in Johannesburg on Tuesday, said the former Public Protector’s report on the Gupta family’s influence on government and state-owned enterprises offered extensive evidence of corruption and undue influence for police to conduct an investigation.

“President Zuma, the Guptas, and their compromised buddies have run amok over the last few years, abusing their power to make themselves rich, while the majority of South Africans still live in poverty and without the hope of finding a job,” said Maimane. “Jacob Zuma and his co-conspirators must now face the legal consequences of their alleged misconduct.”

The DA leader’s affidavit called on police to investigate a wide range of people on criminal violations, including Zuma, his son Duduzane Zuma, ANCYL President Collen Maine, Ajay Gupta, Fana Hlongwane, and Eskom officials. Maimane said the list is not exhaustive and “the total count of charges that could eventually be formulated might number in the hundreds, with the Public Protector’s report only scraping the tip of the iceberg”.

Maimane listed those he said the police should investigate according to the different laws allegedly violated.

Under the Prevention and Combating of Corrupt Activities Act, he said Zuma, his son, and Hlongwane could be guilty of not reporting incidents of the Guptas allegedly offering Cabinet posts. The Public Protector’s report noted Vytjie Mentor’s claim that the Guptas offered her a ministerial position in exchange for favours related to SAA flight routes, which could mean the family acted corruptly. Zuma was on the Guptas’ property when they allegedly offered her the post, leaving him open to charges for not reporting the alleged corrupt activity.

Maimane also said Duduzane Zuma and Hlongwane, who were allegedly at the Gupta residence when Ajay Gupta is said to have offered Mcebisi Jonas the job of finance minister, could be charged for not reporting what happened. Phone records place both the younger Zuma and Hlongwane in the area on the day the alleged offer was made.

Maimane also said Ajay Gupta must be investigated for allegedly asking former GCIS boss Themba Maseko to channel government advertising to The New Age, while the president could also face charges for allegedly knowing about the advertising help the Guptas had requested.

The DA leader also told police Ajay Gupta should be investigated under the Intimidation Act for allegedly telling Jonas, “I will talk to your seniors in government and you will be sorted out.”

Under the Public Protector’s Act, Maimane said ANCYL President Collen Maine could face charges for not participating in Thuli Madonsela’s investigation, despite her request.

The DA leader also said Eskom officials should be investigated for not declaring potential conflicts of interest and called for those related to allegedly dodgy deals between Eskom and Tegeta, as well as Denel and VR Laser, to be investigated.

Much like the Public Protector’s report, Maimane’s request for the police to investigate was wide-ranging and on Tuesday the ANC brushed it off.

“There’s no gun to jump,” said ANC spokesperson Zizi Kodwa on the Public Protector’s report and the DA’s SAPS request. Madonsela made no conclusive findings. He said Maimane’s visit to the Rosebank police station was a publicity stunt aimed at diverting attention from Monday’s Constitutional Court decision to deny the DA direct access to argue that the government’s choice to leave the International Criminal Court was illegal. Kodwa said the opposition was trying to use the justice system to push an ideology not supported by the majority, supported imperialism and sacrificed national sovereignty. “The overall intention is to tarnish the justice system and create an alternative to the electorate of the country,” said Kodwa.

Attorney Tyrone Maseko said anyone has the right to ask the SAPS to investigate whatever criminality they believe has taken place, but this case includes political complications.

“On a matter like this you and I know you have politics and you have the law,” said Maseko. The Public Protector did not make conclusive findings but observations she made should be further investigated by a commission of inquiry. Avoiding parallel investigations could be another reason for the police to hold off on a full investigation, Maseko said. While the police should at least follow up the case, he noted past crimes involving the political elite. “Whether they will or not investigate, your guess is as good as mine.”

Cope spokesman Dennis Bloem was doubtful. His party recently filed charges against the ANCYL’s Maine for incitement of violence and the NPA declined to prosecute. “It seems as if Luthuli House is deciding who must be charged and who not,” said Bloem on Tuesday. “We have laid charges against Mr Zuma, the Guptas, many people in influential positions, but nothing has happened.”

Maimane said on Tuesday: “The DA will make sure Jacob Zuma, and all those who aid and abet him, are held accountable for their flagrant abuse of power to make themselves rich – at the expense of the poor and the jobless.” However, the police have been asked to investigate the president before and they will be again. Nothing, as yet, has come of it. DM