Leonard Cohen: The secular mystic who knew the dice are...

Leonard Cohen: The secular mystic who knew the dice are eternally loaded 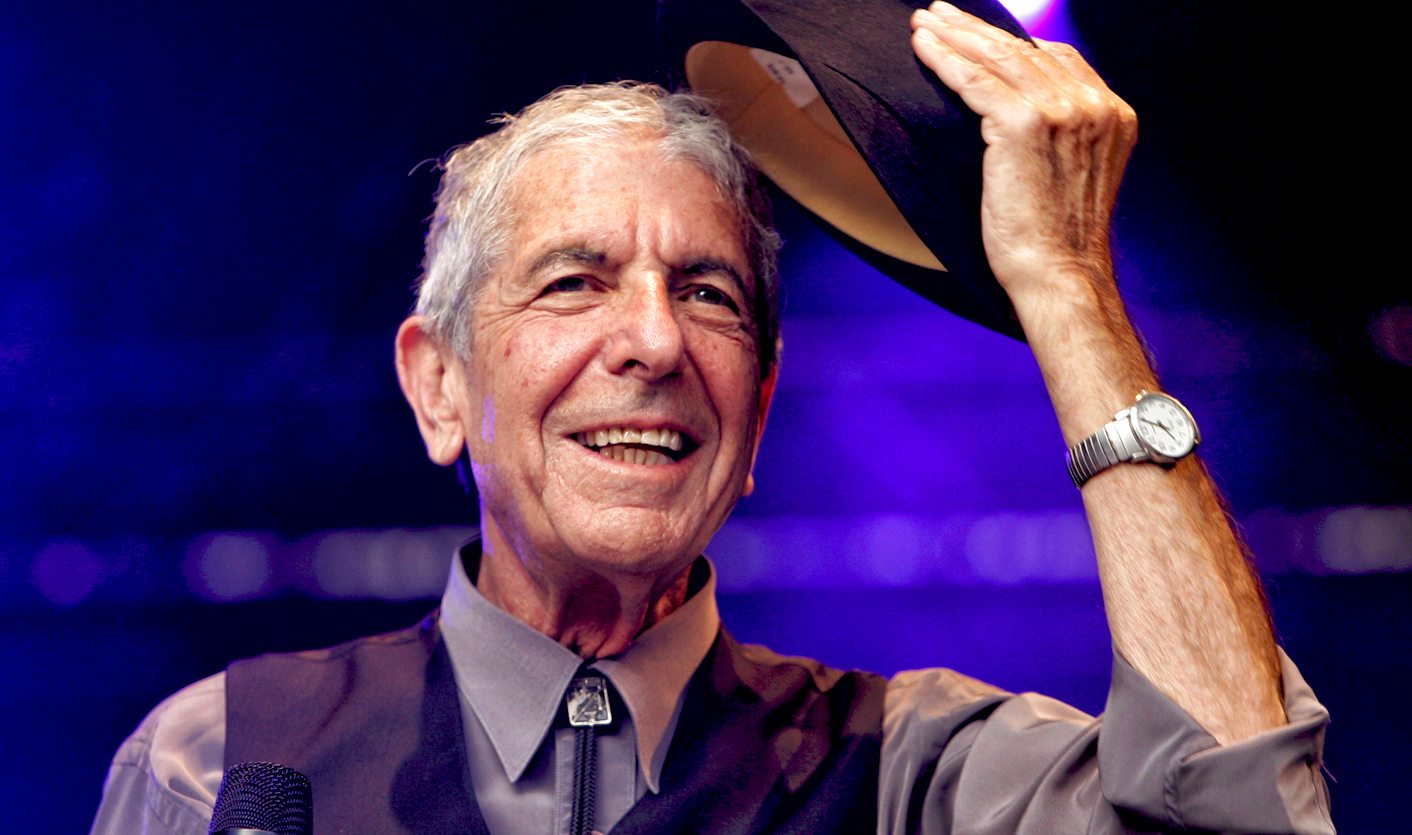 It has always been up to the world’s poets, artists, its songwriters, its comics and dancers – the beautiful losers – to make sense of that which lies behind the brutality, the spin, the lies and the deception of the physical realm. Leonard Cohen, from his early beginnings in Montreal in the 1950s where the impending threat of nuclear catastrophe consumed a generation, until his dignified exit on November 7 – checking out just in time to avoid a Trump presidency – leaves behind a prolific body of work, a rich well of spiritual and emotional sustenance and humour, from which the dazed and confused will draw comfort, succour and maybe transcendence for years to come. By MARIANNE THAMM.

This is personal. But it always is for Cohen fans, and I am one of millions across the world who collectively mourns the loss of our prophet, our secular sinner-saint, our musical saviour who slipped the scrim on November 7 into the all-embracing arms of death, travelling light but leaving behind a rich seam of sustenance for the wretched of the earth.

Leonard was my first love, Bob Marley my close second. These are men who dwell for eternity in the shapes, the bends, the breaks and the sweet spots of the private emotional architecture of those who came to know and love him (or them if you include Marley).

It was Leonard (we were on first name terms) who first pointed the way, for me, to carnal delights and it is Leonard now who, as I grew old with him, has rendered death a perfectly pedestrian and ordinary event. In so doing he has robbed death of its sting, embraced it like a lost, recovered wandering dog, an old and still cherished lover at the threshold.

Like David Bowie, who died in January, Cohen departed 2016 – this annus horribilis – dignified, resigned, discreetly triumphant and at peace, leaving behind a nervous, neurotic and bombastic world.

Ultimately Cohen’s last offering, You Want it Darker, released on October 13, a month before his death at 82, is about the dissolution of the self, a self once propped and pimped by the beautiful temptations of the world – sex, beauty, power, greed, generosity, betrayal, self-delusion, fame and riches. All those bad things that feel so good.

But even as Cohen knew himself to be receding, tiny embers of the flesh or earthly desire remained till the end.

In Let’s Keep it on the Level from You Want It Darker the old man groans in his familiar gravelly bass, “I knew that it was wrong/I didn’t have a doubt/I was dying to get back home/And you were starting out/I said I’d best be moving on/You said we have all day/You smiled at me like I was young/It took my breath away.”

You Want it Darker is Cohen’s Ars Morendi – his personal blueprint for how to grow old and die well (although he has been doing that for years now). After all, “in the midst of life we are in death”, it is written in the Common Book of Prayer, an incantation Cohen knew well.

“If you are the dealer/I’m out of the game/If you are the healer/I’m broken and lame/if thine must be the glory/then mine must be the shame. You want it darker/we kill the flame” – are the opening lines of You Want it Darker over the divine voices of the Montreal Shaar Hashomayim Synagogue Choir.

It is a continuation of Cohen’s seemingly eternal dialogue with his maker – with God, a God, the Almighty, the One – an often hilarious, angry, rebellious and finally supplicatory monologue. God, it seems, never spoke back, even with “a million candles burning”.

The intonation of Hineni, Hebrew for “Here I am”, in You Want It Darker suggests also that Cohen was ready to meet this god, but there is always a twist: “I heard that one of us was real/and that was me”.

Finally he implores, “I wish there was a treaty between your love and mine.”

The doubt of his doubt. This one-way love which confounded him so much.

Watch: Leonard Cohen – Dance Me to the End of Love

Cohen continued to mine and echo literature, politics and religion – both the Jewish faith into which he was born as well as Christianity and later Buddhism (he was ordained a Zen monk in 1996) – in his poetry, songwriting and the dirge-like arrangements of many of his songs.

Cohen’s father, Nathan, died when Leonard was nine, leaving an enduring sense of longing that runs like the one true, visible thread throughout a lifetime of prolific but painstaking writing. He wrote his first poem the day his father was buried. Returning from the cemetery the young Cohen cut a wing from one of his father’s bowties. Inside it he hid a poem that he buried in the garden of their home.

And so it was that a shocking week in the politics of the USA (and the world), where Donald Trump was voted to lead what Americans have come to believe is “the world’s superpower”, many have found deep refuge in Cohen and his warnings about the ways of the world and politics.

He saw it in The Future released in 1992 when George HW Bush was president and not long after the Gulf War:

Cohen’s bleak anthem was a sign of the times then and remains still so now.

But that was not all he could see – Cohen’s vision was as deep as it was wide, as bleak as it is celebratory, as profane as it is profound, as witty as it was serious, as gentle and compassionate as it was cruel.

If you’re looking for someone to cut through the bullshit and the noise, he’s your man.

Cohen’s final gift is as verbally and spiritually ornate as it is sparse. Its musicality – with its choirs, strings and guitars – lifting a dying man’s whispers. It is an album that is both grand and simple. Just like Cohen, that lazy bastard living in a suit.

The world will never be bereft of poets, and as Cohen knew, it is a job that does not pay well but that comes with rich reward if pursued with rigour and discipline. Those who come now and who would wish to claim Cohen’s throne will stand on the shoulders and the soul of this gentle, mischievous giant.

It was playwright David Hare (I think) who once wrote that there are four ways to make sense of the world; religion, politics, sport and the arts. And the first three are unreliable.

We need now, more than ever, poets, artists who can slice through the captured media of the world. Beyond the headlines there is magic. Thank you Leonard. I hope the other Marianne is there for you with her hand outstretched. And maybe God as well.

Oh, and that Nobel Prize for literature. Well, let’s just say it went to the wrong songwriter and poet. DM