US 2016: How the front pages of the world covered the Trumpocalypse 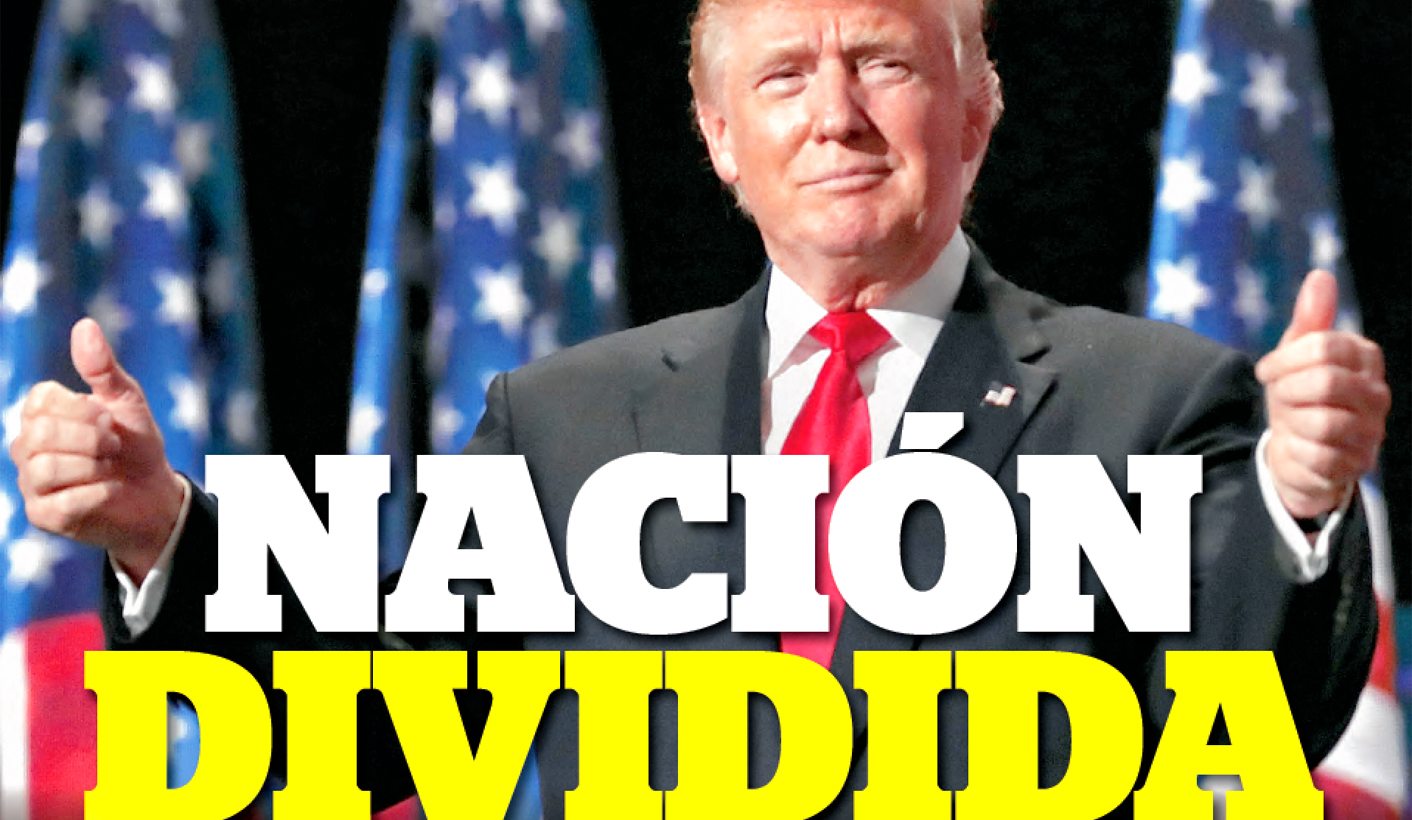 From “House of Horrors” in the USA to “God Save America” in Australia, here’s a snapshot of how some of the titles around the globe covered Donald Trump’s win… those that managed to get their front pages to print after the official results, that is. By ANTOINETTE MULLER.

Here’s the thing with newspapers, they are fixed to a deadline. People who do most of their work on the internet will tell you that print is dead, but there is still something magical about thumbing through a newspaper with a cup of coffee early in the morning.

But newspapers are bound by many limits, including when the paper goes to print. It can sometimes result in a somewhat awkward situation, like the Cape Times’ front page on Wednesday morning. By the time the South African paper went to print, Hillary Clinton was still in the lead. They led with it – not completely unreasonable considering almost all of the polls put her ahead.

Most newspapers with a tight print deadline played it safe, though. With America’s time difference to take into account, most countries who live far in the future simply opted for it being “too close to call”. However, The Independent in the United Kingdom made a bold move with their front page.

Despite being an hour ahead, Le Journal du Dimanche detailed why Clinton didn’t win while Le Figaro opted for the safe option.

And now for the fun bit. America, Canada and Mexico had a few papers which led with results, despite the final, confirmed results probably only coming through after their print deadline.

We’ll start off with Mexico. With so much of Trump’s campaign being anti-Mexican, it’s no wonder the papers depicted just how bad this might be. The most eye-catching of the lot by far was El Economista with the front page screaming: “Pesadilla”. It translates to “nightmare”.

Over in the Land of the Not Everyone Will Be Free For Much Longer, not all the main dailies led with the Trump news. Most had the news that Trump was leading. Those that led with the election news looked like this.

In Canada, whose immigration website crashed as the news started breaking, they didn’t mince their headlines. Not all the publications had the news nailed down, but they all suggested what we all feel, which Richard Poplak summed up for Daily Maverick pretty perfectly here.

Meanwhile, Down Under, it’s not just cricketing nightmares the nation has to contend with. The Courier Mail, who didn’t have the final results when going to print, led with a feature on why Queensland’s economy will go down the shitter if Trump wins. The Daily Telegraph also didn’t have the final results by the time they went to print, but they made it clear just what awaits the Americans, no matter what happens.

And let’s not forget the papers in the day leading up to voting. The New York Post and the New York Daily News both led with bold front pages on Election Day. Guess we now know who Americans like the least.

Clearly, if a picture is worth a thousand words, a front page is worth 10 times that. DM

All front pages obtained via pressreader.com, except for The New York Times and New York Daily News.