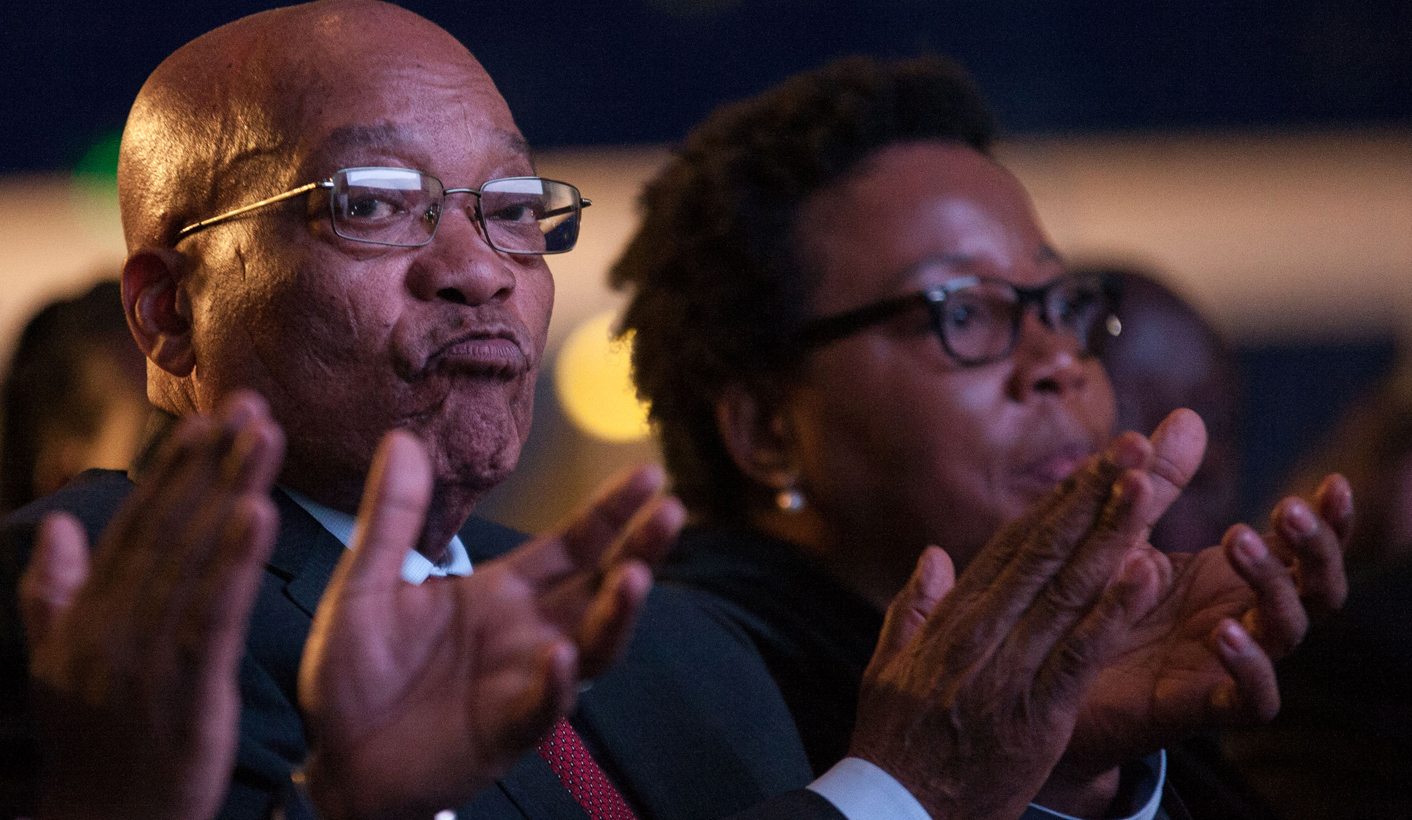 The National Assembly will discuss the DA’s latest motion of no confidence in President Jacob Zuma on Thursday. Divisions within the ANC have increased since the release of the Public Protector’s State of Capture report. Members of the ruling party will, however, rally behind their president, rather than risk their own jobs and give the DA the satisfaction of removing the president. By GREG NICOLSON.

Ahead of Thursday’s motion of no confidence vote, DA leader Mmusi Maimane outlined its basis in the Constitution and called on ANC members to “do the right thing” and support the motion.

“As the Democratic Alliance, we are not asking for a change of party – that will be for the people to decide on in 2019. Our call now is to ensure that the Office of the President is occupied by a woman or man who respects the office and the laws of the land,” said Maimane.

The DA’s motion depends on support from MPs from the ANC majority, who are likely to rally in support of President Zuma, despite calls for them to vote with their conscience rather than on the party line. While the DA might be attempting to tarnish the whole ANC with Zuma’s scandals as they support him, it’s questionable whether the vote will have an impact.

“Thursday’s motion of no confidence presents the ANC with an opportunity to show that it is the listening and humble organisation it proclaims to be,” said Maimane on Wednesday.

ANC veteran Mavuso Msimang, who has been vocal in his criticism of Zuma, this week said party MPs should vote with their conscience on Thursday. But he said it was unfortunate that the issue was brought forward by the opposition and he was doubtful that ANC members would support the motion unless the vote was conducted in secret.

On Tuesday, ANC Secretary-General Gwede Mantashe said it was “arrogant” for the DA to think it would receive ANC support in what he called “an annual and a frivolous ritual… fast losing it’s meaning”.

The DA has repeatedly called motion of no confidence votes, all of which have been rejected by the ANC. Mantashe rubbished the idea that ANC MPs should be able to make a conscience vote.

“No other party is called on to do this. It’s only the ANC called on to have a free-for-all,” he said. “It is not intended to help the ANC – it is part of the narrative to hurt it further.”

In a statement on Wednesday, Moloto Mothapo, spokesman for ANC Chief Whip Jackson Mthembu, who has called for the entire ANC national executive committee to resign, said the party would not support the DA’s motion.

Mothapo said the state capture report had not made guilty findings against Zuma, or any others implicated, and the DA was pre-empting the state capture commission of inquiry and abusing the fact that no substantial grounds are needed to launch a motion of no confidence.

“The frivolity of this motion is that it claims guilt of state capture on the part of the president when none in fact exist in the report. Parliament and the nation are therefore dragged into the opposition’s petty games of political stunts and posturing,” said Mothapo.

Maimane on Wednesday quoted former Deputy Chief Justice Dikgang Moseneke who said such motions are meant to keep the president and Cabinet accountable.

“To label Thursday’s motion of no confidence as ‘frivolous’ is to undermine the executive oversight authority of the National Assembly and it shows a narrow understanding of the Constitution,” said the DA leader.

Some opposition parties will support the DA motion, but they know it won’t be successful.

“We will be voting to remove Zuma,” said EFF spokesperson Mbuyiseni Ndlozi, adding that ANC MPs will vote against the motion. “These people have a heart of stone. They are lost. They are dead.”

Cope spokesman Dennis Bloem said his party would support the motion. “But we know the ANC is going to vote against it because they are under pressure from their leadership.”

Bloem said the ANC is divided but the the DA’s motion needed more lobbying if it was to be successful.

“The strategy of the DA was too hastily taken. You must lobby people inside. There’s are lot of ANC MPs who are not happy with Zuma, but if you are rushing into it you can put their lives in danger. If this thing was properly strategised it could have succeeded, but not now.”

ANC members would never allow the DA the satisfaction of removing its president, said Bloem.

Freedom Front Plus leader Pieter Mulder’s party is also going to support the motion of no confidence. When the last such motion was discussed in the National Assembly, Mulder read the ANC’s statement on Thabo Mbeki’s recall, changing “Mbeki” to “Zuma”. He said ANC MPs would not support the motion unless it was secret. “They always say, ‘You’re pushing us now. We’re working behind the scenes,’” said Mulder.

Narend Singh, spokesman for the IFP, said his party would meet on Thursday to decide its position. It will discuss whether the country was in crisis, what has been achieved during democracy, and whether the ANC and Zuma are best for the country.

Political analyst Professor Somadoda Fikeni said the vote would fail because the ANC does not want to give the DA credit for removing the president. With the ANC rallying behind the president, it might temporarily postpone some criticism of Zuma within the party, but those issues would return and if not dealt with through processes like the national working committee’s meeting with the 101 ANC veterans, it could impede Zuma’s chosen successor’s chances of leading the party.

On whether the DA might be trying to tarnish the ANC for defending its scandal-plagued president, Fikeni said, “I don’t think that strategy will work. It would have worked by now.”

The ANC can point to its tradition that it resolves issues in its own way and, on state capture, can say there’s a commission of inquiry pending so any motion of no confidence is premature.

“If done closer to elections, then it could mean something,” said Fikeni. DM