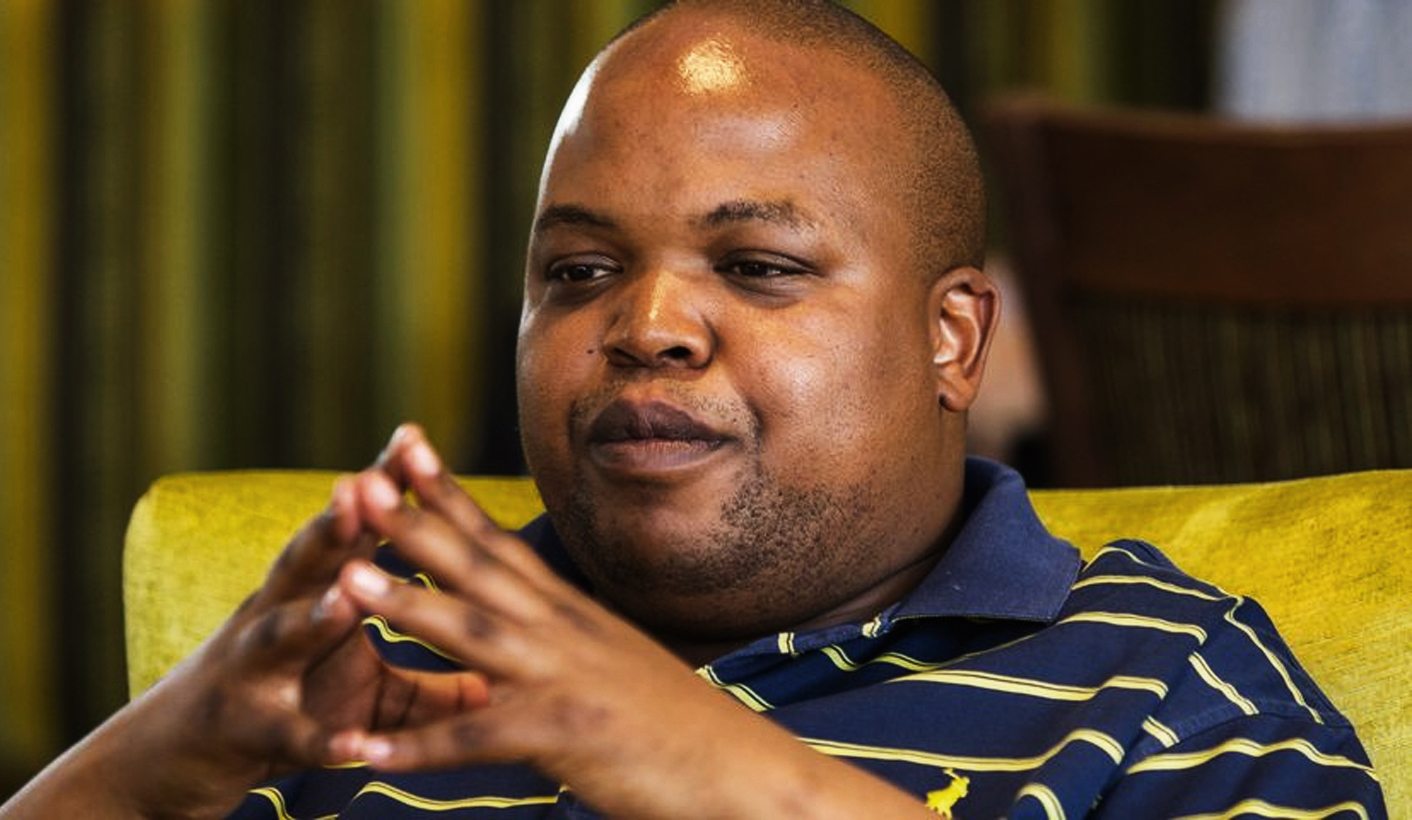 There aren’t many ways to interpret the phrase “rest in peace”. It was a telling inclusion in the ANC Youth League’s statement on Monday, which focused on the Public Protector’s State of Capture report. As the league continues to act tough while its idols are cornered, resistance to President Jacob Zuma is growing. By GREG NICOLSON.

“We want to wish the ‘drama queen’ well in her new DA endeavors [sic], for now may she rest in peace,” said the ANC Youth League on Monday of former Public Protector Thuli Madonsela. Clearly someone in the Youth League national working committee (NWC) thought a reference to Madonsela – who has said she has received death threats – resting in peace would be funny. If called out, they could say they meant it literally, rather than R.I.P.

The ANCYL’s alliances have always been known and on Monday the group formally known as the Young Lions reached a new low. The Youth League, which clearly didn’t get the memo saying that you should at least look independent and rational, insulted Madonsela and ANC veterans while supporting those implicated in State of Capture. They framed the ANCYL’s agenda as driven solely by transformation.

“As it is, it’s like she’s still the Public Protector. She’s not finished what her handlers wanted her to finish,” said ANCYL President Collen Maine. “We are not so much worried about the report. We are worried by the author.”

The Youth League claimed Madonsela was driven by rich whites pushing for the DA to take over in 2019.

“It is becoming lucid that the report was a DA sanctioned mission with the intention of casting aspersions to the ANC leadership in government and in the organisation,” said Mondli Mkhize, reading the NWC’s statement. “It is our considered view that the then Public Protector did what she did with the intention of launching the DA campaign ahead of 2019 national and provincial government elections.”

Maine repeatedly called Madonsela “the lady” and during the press conference she was referred to as the “big nose person” and a potential CIA agent.

The Youth League also hit out at the independence of Zak Yacoob and Sipho Pityana, who have been critical of Zuma and are involved in the Save South Africa campaign. It suggested they are Mbeki-ites, with scores from 2007 to settle as “conditions are worsened by real masters loosing [sic] business with the state”.

It’s an old argument – anyone calling out Zuma and his allies are against transformation, backed by a clique of moneyed whites. Surely there are, in some cases, ulterior motives, but it’s a bubblegum point when 101 ANC veterans, including some of the ANC’s oldest and most respected leaders, have also raised concerns. The ANCYL also targeted ANC Chief Whip Jackson Mthembu for publicly saying the whole national executive committee (NEC) should resign, including himself, including Zuma.

They believe issues should only be raised internally. But in a letter former President Thabo Mbeki wrote to Zuma, which Mbeki’s foundation now claims should never have gone public, despite it being published on his website, he said the veterans must be listened to.

The ANCYL’s main gripe on Monday with State of Capture report was what happens next. In her report, Madonsela implicated Zuma, his son Duduzane, Eskom, Brian Molefe and a number of ministers. Oh, and the Guptas. She recommended a commission of inquiry be established with a judge appointed by the chief justice, with adequate funds from Treasury, with the same powers of investigation as the Office of the Public Protector. It’s unconstitutional, said the league, claiming that only the president has the power to appoint inquiries.

The ANCYL suggested the issue could go to court and Professor Pierre de Vos, who teaches constitutional law at UCT, has also written on the potential separation of powers issues that could be raised in a court challenge on the matter, as the law gives Zuma the right to appoint inquiries.

“The problem faced in this case is that there are excellent reasons why the president should not have the discretion to appoint a judge of his choice to head a commission of inquiry to investigate matters delineated by the president. The president is conflicted as he is implicated in wrongdoing which would have to be investigated by the commission of inquiry. It is inevitable that if his discretion is not fettered he would appoint a judge he perceived to be sympathetic to him,” wrote De Vos.

The issue could probably be challenged in court, but the ANCYL’s comments simply follow a template, the same used by the ANC Women’s League and the ANC Mkhonto we Sizwe Military Veterans Association.

Tellingly, the Youth League congratulated three leaders for their “sterling work” – Communications Minister Faith Muthambi, who has backed the SABC board, Eskom CEO Brian Molefe, hammered in the State of Capture report, and Dan Mantsha from Denel, whose deals with the Gupta family have also raised state capture allegations.

Opposition to Zuma and his allies’ reign, however, is rising. ANC MP Mathole Motshekga, who pilloried Madonsela in Parliament after the Nkandla report was released, has said the ANC is in such a serious situation it must call on Zuma to act with his conscience and Deputy President Cyril Ramaphosa should take over. “Now is the time for the ANC to rebuild the confidence of society in its leadership. There is no other viable alternative,” he said.

Some see the writing on the wall, others are repeating the same, outdated insults and diversions.

On Monday, Maine said he has had discussions with the Gupta family but he would not comment on whether he has visited their Saxonworld home.

“I do engage with everybody, including the Guptas,” he said. “To me they are not a problem.”

Maine said he will attend ANN7’s upcoming South African of the year award ceremony. “If that is capturing – engaging stakeholders – I’m captured.

“Nobody is going to remove President Zuma from power until his term ends.”

The Youth League might be right, but they’re usually not. DM