ISS Today: Getting to the heart of SA’s higher educat...

ISS Today: Getting to the heart of SA’s higher education crisis 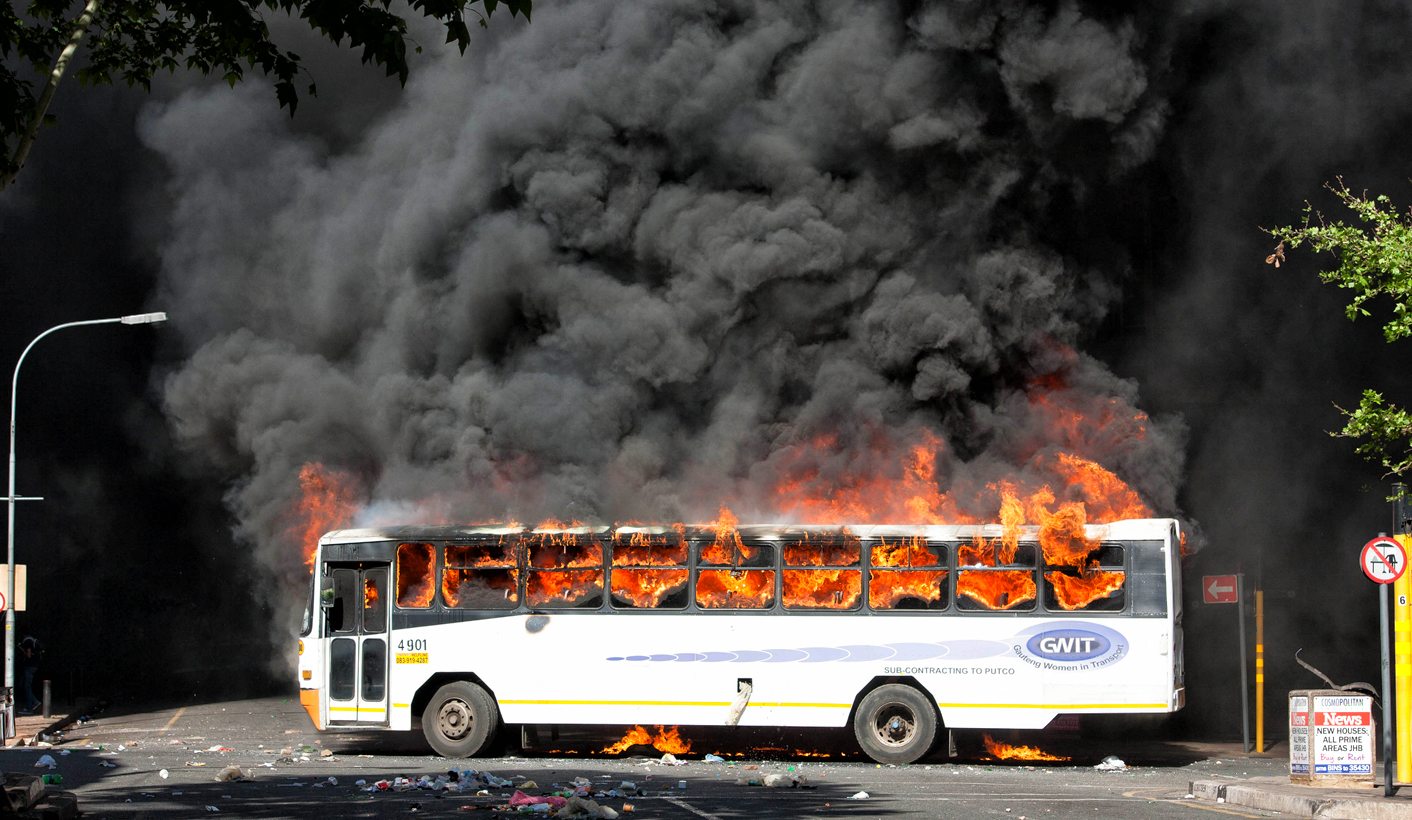 Tertiary education in South Africa is caught between a government reluctant to engage, and students unlikely to compromise. By Denys Reva for ISS TODAY.

At South African universities, the 2016 academic year has been one of continued disruption. Mass student protests have led several institutions to shut their doors for an undetermined period. Although universities have managed to make a plan for exams to be written and the government has been able to allocate additional funds, the protests are likely to emerge once again next year.

At the heart of the crisis is the demand for free higher education. Protesters argue that the current system is unfair towards the poor, asymmetrically disadvantaging segments of the population in a way that harks back to a racially divided past.

In many cases, protests turned to riots marked by violence, arrests and a lack of communication between the different stakeholders. Under current circumstances, a concern is that the eventual outcome will be a “quick-fix”, populist solution that would aim to appease the protesters in the short term, but which might prove detrimental in the longer term.

The problem at hand is difficult and complex. The recent wave of protests started when government announced a planned increase in fees for 2017, after concluding that the 0% increase, implemented in 2016, was unsustainable. Students say the price of tertiary education is unaffordable for many. For instance, in 2015, a bachelor of arts degree at Stellenbosch University cost around R32,000 – which amounts to 44% of an average annual adult income (taken as the gross domestic product [GDP] per capita). That excludes added costs such as accommodation, food and study materials.

Various governmental schemes exist to support students, with the National Student Financial Aid Scheme (NSFAS) being the largest. Yet, even though NSFAS funding increases annually, the scheme often only partially covers students’ fees and living expenses. The number of students who can benefit from NSFAS funding remains limited, however. Given that more than half of South Africa’s population lives below the poverty line, tertiary education clearly remains inaccessible to most.

That fees continue to rise shows that the state’s financial commitment to higher education has not kept up with the number of matriculants, with government funding per capita falling since 1994. While the state has encouraged universities to accept more students, it has failed to provide sufficient financial support. The current expenditure on higher education is a mere 0.72% of the GDP (2016) – which is less than the African (0.78%) and international average (0.84%).

With the number of students at South African universities almost doubling in the past two decades, governmental subsidies fell from approximately 50% of universities’ budgets to an average of 40% across campuses. To maintain operations, universities are thus forced to increase their fees annually. Fees currently make up around 30% to 40% of an average university’s budget. The rest comes from donations, research activities and other services.

In the face of the growing national debt and escalating fear related to the low-economic growth trap, the government is clearly struggling to maintain its current financial commitment to higher education. Although the government pledged R17-billion in additional funds for the next three years, it is estimated that it would take R250-billion in additional state funding to sustain tertiary education in the next three years if higher education were to be made free. This is money that the country does not currently have.

So while students are unable to afford higher education, government conversely is incapable of making higher education free. It is clear that a solution has to emerge, but a lack of effective communication between the relevant stakeholders makes it difficult to see how a constructive resolution might happen.

Government has not been proactive in approaching the problem. Financing higher education would require government to divert funds from elsewhere. The leader of the opposition Democratic Alliance party, Mmusi Maimane, has pointed to the cost of inefficient parastatals, a bloated public sector and the mismanagement of public funds, with South African Airways (SAA) alone costing the state R30-billion since 1999. However, the recent decision to allocate a R5-billion bailout to SAA indicates that government’s priorities lie elsewhere.

Government’s decision to direct the responsibility for fee hikes to universities has led students to target university campuses and administrations to voice their grievances. All the while, government has been widely dismissive in their engagement with demonstrators.

If anything, the state’s approach to the fees problem has increased students’ grievances. Levels of violence on campuses have been on the increase since August. This scenario is all too common to South Africa, where violent protests are often seen as the only means of getting the attention of the media and the government. Since February, over 800 people have been arrested in relation to campus protests.

Students have inflicted R600-million in damages to universities since 2015 – a heavy burden at a time when additional costs are required to alleviate the ongoing emergency. If the protests continue, universities will have severely limited capacity to accommodate recent matriculants. And while universities and matriculants increasingly find themselves at the mercy of protesters, unhappy students seem to have become less willing to compromise.

If government is unwilling to proactively engage this problem, and students are reluctant to negotiate, the state might decide to adopt a populist, quick-fix solution.

Last year, given the pressure of student protests, President Jacob Zuma announced that there would be no increases in fees for 2016, but this was just a Band-Aid. This year continued to see #FeesMustFall protests fuelled by anger and dissatisfaction. And without a long-term solution, the situation is likely to repeat itself again in 2017.

Decisions made today will affect generations of South African students. If the income generated by fees were reduced, public universities would inevitably be forced to cut expenditure. This, in turn, is likely to affect lecturers and researchers the most, as an average of 53.5% of universities’ budgets is dedicated to staff salaries.

This outlook has already led some qualified personnel to search for employment opportunities elsewhere. At worst, South African universities could end up facing a substantial brain drain, lowering the quality of tertiary education in the country.

A prolonged crisis might also entrench existing tensions between wealthier students, who can afford higher quality university education, and those who cannot. In the end, the very future of South Africa is at stake. DM

Denys Reva is a consultant in Transnational Threats and International Crime Division for ISS Pretoria.