Discontent in the Ranks: Unease among ANC members creates glimmer of hope 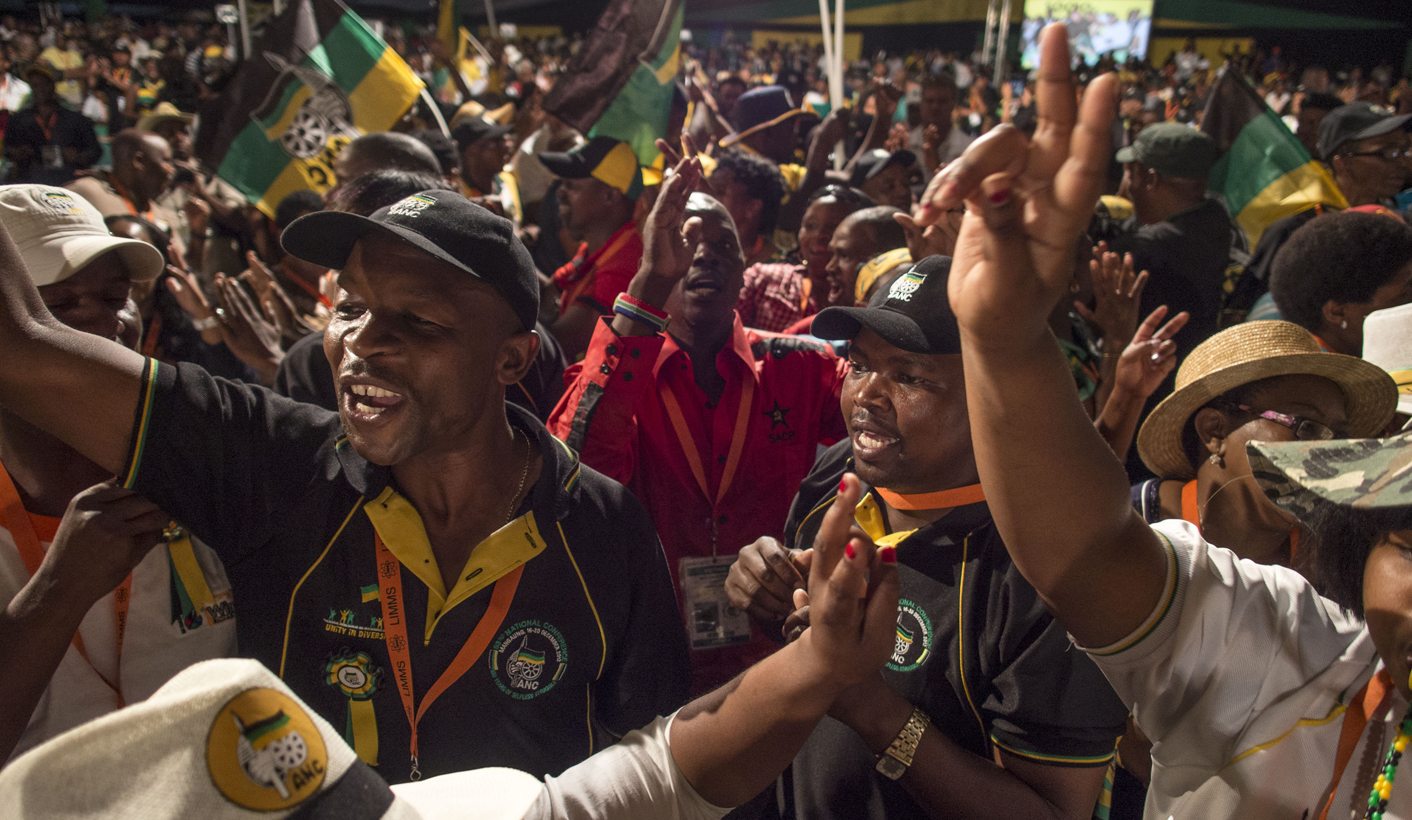 There is a tendency, common to journalists, historians and other observers, to focus on the big names in politics. This is completely understandable – it would simply require resources beyond any media house to actually know every detail of what is happening in a political party (even once-powerful party leaders such as Margaret Thatcher or Thabo Mbeki can be surprised by internal developments). Since the local elections in August we have all been focusing on the ANC’s top leaders, and its National Executive Committee. But a revelation last week shows that it is the ANC's actual structures, the membership itself, should not be discarded as powerless. It is a positive sign for the entire country, as it shows a deep rooted frustration with President Jacob Zuma’s leadership. By STEPHEN GROOTES.

On Wednesday last week, Business Day and Sowetan newspapers splashed with quotes from an ANC internal report on the feelings of the branches and structures towards the national leadership. They say that this report called on Zuma and the NEC to resign. They also say that the party’s regions want to see Zuma disciplined over Nkandla, and believe that the debate on State Capture was closed prematurely. It also appears that structures wanted to see the Nkandla issue referred to the party’s integrity committee, and that there needs to be proper “honesty” if the party is to have any hope in 2019 national elections.

This is a huge story. In fact, it could be the most important political story playing out at the moment, because it reflects on what is really happening beneath the surface.

Wisely, the ANC has not given official comment on this. It is, after all, an internal report. To say it’s true is bad. To deny it is worse. Best to say nothing.

This report dovetails together rather well with the comments of the ANC’s Chief Whip, Jackson Mthembu, last weekend. Then he said similar things, including that the “NEC should resign”. His actions appear to almost prove, on their own, that this report exists. It would surely make sense that he would feel bold enough to go public with his feelings, when he knows he has strong support in the party’s structures.

It is striking that in these reports there is no mention of provincial structures. Of course the reports we have do not give us the entire document. But when you consider how so many provincial leaders, in places KwaZulu-Natal, the Free State and North West have been so rock-solid behind Zuma, there could be questions to ask here about whether these provincial leaders really represent the thoughts of those they lead. Certainly, there is some evidence to suggest that what links some provincial leaders may have more to do with patronage than with shared aims for the proper transformation of our country.

We should also not be surprised to hear that there is indeed dissension in the ranks of the ANC. In some ways, despite impressive growth and then incredible shrinkage in the number of party members, the branch network has been in serious decline for some time. In 2012, in the run-up to the ANC’s Mangaung conference, it became clear many branches were battling to hold a meeting with the required quorum to decide who they would back. In many cases, a meeting would be considered to have a quorum if enough people came through the door on the day and signed the register. This for the most important branch meeting in a five-year period. Yet people did not care enough to attend. It was a warning bell many chose to ignore.

Then there is the growing tendency to simply disband branches and regions that backed people who lose political contests. It is something that seems to happen again and again. And every time, it must surely lead to more members of branches who voted for regional leadership just deciding to leave the party.

The other point to make here is that you may find that it is ordinary members in branches who have the best interests of the ANC at heart. These are people for whom politics is a way of changing the country, not a way to simply advance their personal interests. People who go into politics full-time, who are deployed, could surely be classed differently; they are trying to rise up the greasy pole. And so they have “social distance” between themselves and voters. There can be little or no “social distance” between ordinary ANC members and voters. They ARE the voters.

These members will also know that the way people see the ANC is not the way leaders see the ANC. Some ANC leaders tend to be myopic, they seem to only believe there is politics in the ANC. In other words, it seems impossible for them to believe that the party could actually lose the 2019 elections. But for members, they must realise that in fact this is a possibility. They will feel the pulse and realise the very real anger that many people now feel to the organisation.

The question now, of course, is what this means for those “big men” at the top. It must surely strengthen the hand of those who see things as Mthembu does. And it must presumably weaken the hand of those who are defending Zuma. Imagine being a provincial leader in North West, knowing that the entire NEC knows that as you defend Zuma and the Guptas to the hilt, and there is a report showing that the actual members of your province disagree.

One would imagine that this would weaken the hand of the “Premier League”, and those in the “patronage faction”.

This could also explain the curious situation around Pravin Gordhan’s place in Cabinet. While it is currently impossible to predict what Zuma could do next (and don’t forget the appointment of Des van Rooyen happened with almost no warning), it seems difficult to imagine he can now remove Gordhan as Finance Minister. It may go too far, and provoke those members who are still sitting on the fence or just still quiet. And to have a reshuffle and to leave Gordhan untouched would reveal this weakness. Hence what may be a decision to do nothing, at least for the moment.

There is something incredibly positive about this report that can be forgotten. Surely the worst message that could have been sent about our future, to us as citizens, investors, whoever, would have been for voters to give Zuma the thumbs-up in the local elections. That would have shown that people would put up with corruption, state capture, Nkandla, the Guptas, Des van Rooyen etc. Instead, voters sent a different hand signal. They are not happy with this, and actively voted against it.

The same is now taking place within the ANC itself. In other words, it’s not just voters, it’s ANC members who are unhappy with Zuma, and the leaders around him. This means then that for all of the cynicism around whether the ANC can “self-correct” there could actually be a chance that this will happen. That it will elect a leader who will reform the party.

Of course, for this to happen, leaders, particularly provincial leaders, need to allow a proper democratic election to take place, at which members actually do get to speak their minds, rather than be bought, or suffer from gate-keeping practices.

If this were to happen, it would be difficult to think that many of the people currently in the NEC would return. In fact, we may see a very different ANC. And those who have defended Zuma through it all could be consigned to history. DM