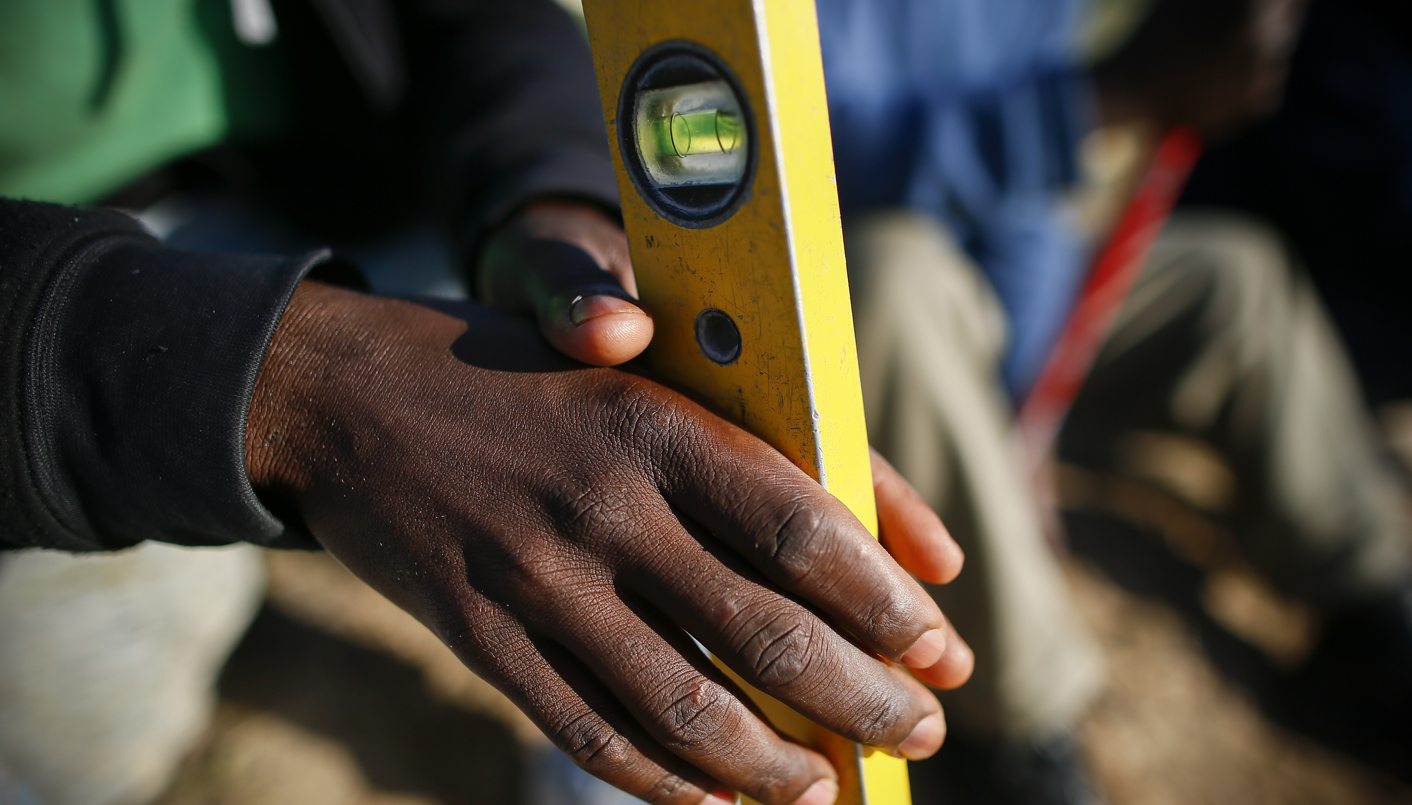 Are business negotiators representing the best interests of their constituency? After more than 18 months of negotiations on the National Minimum Wage in the Wage Inequality Task Team in Nedlac, talks have effectively deadlocked. This article analyses the forces underlying the deadlock. It is an edited version of an address to the Institute of Justice and Reconciliation in August. By NEIL COLEMAN for GROUNDUP.

Labour and community constituencies in Nedlac have sought to promote the interests of working-class communities, by advancing a vision of transforming an economy based on cheap labour. On the other side, business representatives, together with those in the state, particularly Treasury, believe that a model of wage repression is the route to growth. But this backward approach is neither in the interests of the state, and the developmental view it espouses, or even in the interests of business as a whole. The cheap labour road is exhausted and will only exacerbate the economy’s structural problems, as well as the social contradictions that are deepening by the day.

Labour’s strategy on the National Minimum Wage, supported by the community constituency, has been to seek to forge a compromise, which:

Compelling evidence suggests that 22 years after democracy, the cheap labour basis of our economy has not been transformed. Despite formal rights in labour legislation, and some gains for unionised workers, the position of low-paid South African workers has been worsened by labour market restructuring, including casualisation and atypical work, labour broking, contracting out etc.

The earnings of black and women workers at the bottom of the wage structure have either stagnated or been driven down in real terms. For example in 2010 50% of workers earned below R2,900, and by 2015 the median wage had actually declined in real terms- 50% of workers earned below R3,100. For women workers it was even worse: the median wage being R2,400 in 2010 and R2,700 in 2015. These ultra-low wages are around half the income needed to meet the poverty line: a basic poverty line was R5,544 in February 2016 for a household of four (three being the average number of dependants for poor workers).

At the same time the gap between the low-paid in the workforce and management has grown at an alarming rate: in 2010 the top 5% of employees on average earned around 30 times more than the bottom 5% employees. By 2014, this had increased almost 50 times.  In the space of four years.

Therefore a new Wage Policy must include not only a National Minimum Wage, but also a package to reconfigure the wage structure, with the main aim of reducing excessive wage differentials, including through systematically raising the wages of those in the bottom half of the wage structure, and capping wages at the top end. We need to implement our own  wage solidarity  alternative drawing from experiences as diverse as Scandinavia, Germany, Japan, the Asian Tigers, and Latin America.

Section 27 of our Employment Equity Act aimed at reducing excessive wage differentials. But Section 27 has never been implemented. The obscene levels of wage inequality, and extent of fat in our wage structure, means that space exists to substantially reconfigure our wage structure without excessive economic shocks. This was shown at a micro level with the  PPC experiment where PPC CEO Khetso Gordhan took a large pay cut (as did 60 top executives) to reduce the gap between their salary and those of the lowest-paid. 1,000 PPC workers at the lowest pay-grades got an increase of about R10,000 per year.  This reduced the ratio from 120:1 to 40:1 within the space of a couple of years.

The bottom half of the wage structure reflects the most extreme form of this apartheid wage legacy: research done by the Wits National Minimum Wage Research Initiative shows that at the beginning of 2016 around 54% of full-time workers, or 5 and a half million (overwhelmingly black) full-time workers earned below the working poor line of R4,317 per month. This is the minimum wage workers have to earn in order for them and their dependants to escape absolute poverty. These shocking statistics indicate that, if we assume an average of three to four dependants per breadwinner, between 22-27.5 million South Africans – nearly half the population – are living in poverty because of ultra-low wages. This establishes the inextricable link between low wages and poverty in the country.

Who are these working poor? They are the majority of workers in all sectors of the economy, with the partial exception of the public sector and local government, to a certain extent mining (where wages are generally higher, but so are economic pressures, as rurally based mineworkers have a large number of dependants to support) and higher paid parts of manufacturing.

So what do these labour market realities mean for the developmental challenges facing South Africa, which is categorised as a middle-income economy? The middle-income trap theory states that middle-income countries find themselves in a trap because they can’t compete with ultra-low wage economies; but also can’t compete with high productivity economies. In theory there are only two options to escape this trap: either radically repress wages to compete with low-wage countries; or go up the value chain, diversify the economy, develop innovation and manufacturing etc. Simon Deakin, a labour law expert who focuses on economic development, argued (in the Keynote Address to the 2016 SASLAW conference) that the National Minimum Wage plays a key role in bridging the middle-income trap “by promoting domestic consumption and encouraging industrial upgrading”. The low road option of repressing wages has been tried in South Africa and failed.

The high road of raising income and promoting greater equity is more promising, not only from a moral but also a developmental point of view. Evidence is emerging from a range of countries that a rising National Minimum Wage can promote a high road model of both raising wages, and quality of jobs – making precarious, informal, and low-paid work more formal. In Germany, since a National Minimum Wage was introduced in January 2015, we have seen thereplacement of many casualised or ‘mini-jobs’ with permanent jobs  (and a net job creation of over 100,000). Prof Stephanie Luce, a US minimum wage expert, argues that a  similar phenomenon is taking place in the USA, most interestingly in SMMEs which are raising the quality of jobs, as they can’t afford a higher turnover, when they have so few employees. Finally the  formalisation of work combined with rising minimum wages has been well documented in Latin America, in countries such as Uruguay, Argentina and Brazil.

So evidence which is emerging on NMWs internationally is producing counter-intuitive results, which goes against much of the conventional wisdom. This includes that a rising National Minimum Wage can:

On the issue of  employment,  ‘neoclassical’ economic models are unable to capture the economy wide impact of rising income, productivity etc which can accompany rising minimum wages. They are therefore unable to reflect the reality that rising wages do not necessarily lead to job loss, but combined with appropriate policies, can actually lead to job increases. These models both fail theoretically, and are unable to predict real world outcomes. This was seen in countries as diverse as Germany, the UK, and Latin America, where catastrophic predictions of job destruction failed to materialise.

The  low road alternative  is to pursue a ‘race to the bottom’  wage repression scenario. This would involvefurther lowering  existing ultra-low wages, which already thrust 5.5 million workers and their dependents into poverty. This is economically, socially, and morally  unviable and unacceptable. Unfortunately  this is the route proposed by Treasury through the NDP, and influential sections of business are attracted by this option. Arguably, however, this route is neither in the interests of the South African state, or even in the interests of business itself, which is currently in a downward spiral of non-investment, lack of conducive macro-economic conditions, and low levels of effective demand both in South Africa and the region (because of poverty).

This economic stagnation is combined with a parasitic relationship by powerful sections of business with the South African economy, including stripping of assets from the country, tax evasion, speculative activity, and an investment strike. These acts in turn deepen our structural problems. Some in the productive sector of the economy, on the other hand, appear to recognise that this low-road route is a  cul de sac,  and share a number of labour’s concerns on the economy – see  Declaration of Manufacturers and Trade Unions. However, this sector of business lacks critical mass. Will their influence increase with the development of the black industrialists’ programme, or will this be another case of fronting which doesn’t challenge the current economic structure?

The deadlock in Nedlac on the National Minimum Wage is therefore fundamentally about different  interests  as well as different  visions  about how to get out of our socio-economic crisis.

These interests and visions are not necessarily static, but are subject to social contestation, and therefore can be shifted, both by the social pressure exerted from below for transformation in the wage structure, as well an effective case being made that the alternatives are conducive to a more functional growth path.

This requires progressive forces to both mobilise society, as well as intelligently engaging with the secondary contradictions in capital and the state. We also need to contend with potentially different approaches within labour and community.

A particular challenge is that business in South Africa is dominated by the finance/mining nexus, and the productive manufacturing sector has a limited voice. Further, there is a growing trend, both in South Africa and internationally, for business to use consultants as professional negotiators, who are not that interested in engaging on the issues. Indeed, their mandate seems to be to block progress in certain areas. This doesn’t necessarily reflect the views of business on the ground. A  fascinating survey was leaked in the USA  showing that a clear majority of businesses surveyed (80%), including SMMEs, supported an increase in the National Minimum Wage, and that professional business organisations rejecting such an increase didn’t represent their views.

The defensive, backward approach taken by business in the negotiations has led to negotiators adopting postures seemingly designed to create deadlocks and drag out the process. This is reflected in:

There has been much talk in recent times about the need for a social accord in South Africa. The National Minimum Wage negotiations in many respects are a microcosm of issues that any “social accord” discussions would need to confront. They raise the question as to whether established business is prepared to abandon the predatory economic model of super-exploitation and ultra-low wages as a  sine qua non  for any constructive discussion on possible forms of social co-operation. At this point the picture is not encouraging.

Postscript: the Deputy President appointed a Panel of Experts to consider various aspects of the National Minimum Wage. It is expected that once the Panel have made their recommendations in November, negotiations will resume. DM

Coleman is the Labour Spokesperson for the Wage Inequality Task Team.

Photo: An unemployed builder holds a spirit level used in brick laying as he waits on a roadside for work in Cape Town, South Africa, 20 May 2015. Statistics South Africa reports the unemployment rate is around 24 per cent of the labour force in the country. EPA/NIC BOTHMA EPA/NIC BOTHMA