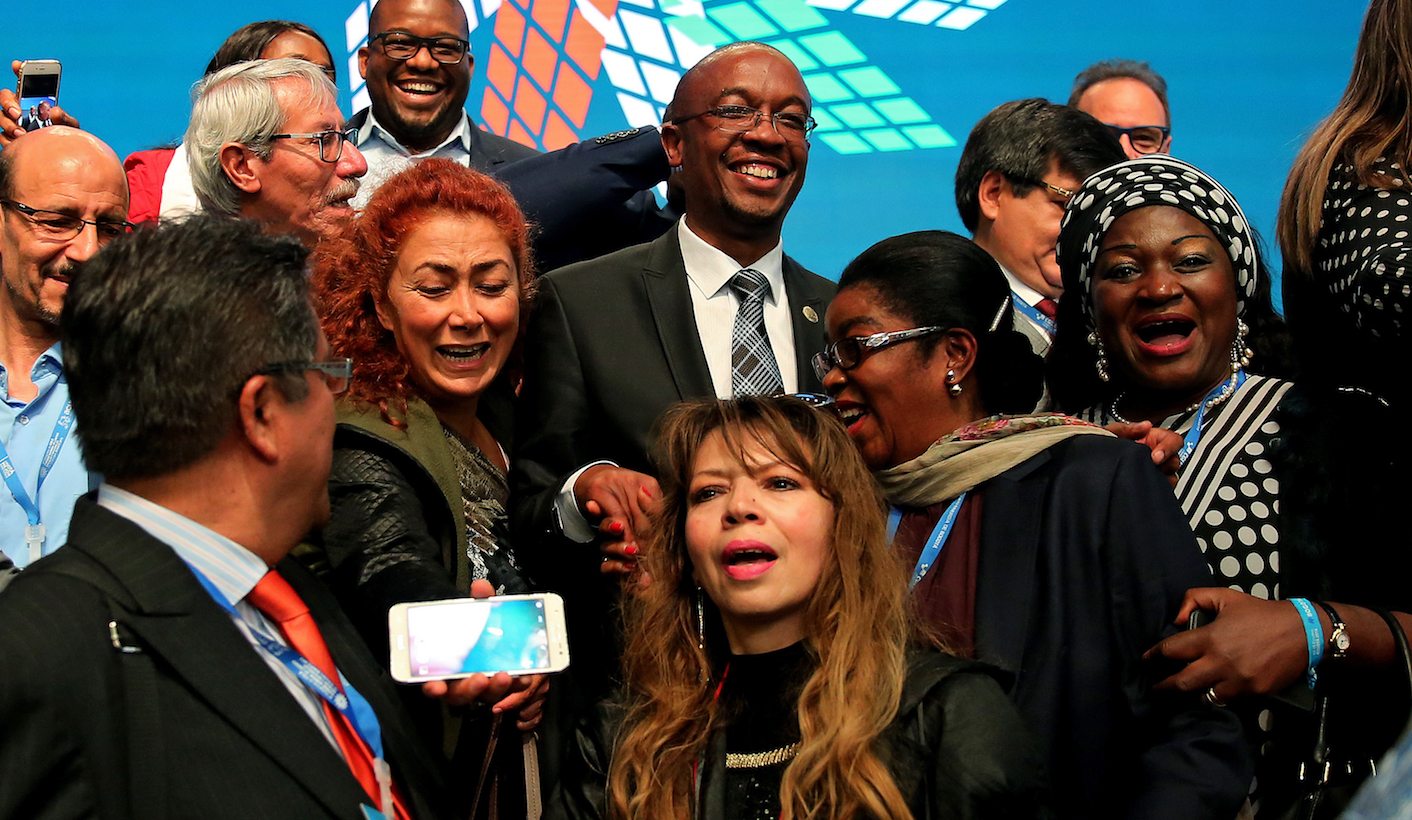 Former Johannesburg Mayor Parks Tau may have lost out in the last local elections, but his appointment to an influential international organisation recognises his effective tenure. By EDGAR PIETERSE.

In a predictable change of fortune, Parks Tau emerged triumphant from a bruising election for the Presidency of United Cities and Local Government (UCLG), the global representative voice of organised local government. UCLG is a significant player on the global stage and is poised to become even more important with the implementation of the Sustainable Development Goals 2030 (SDGs), the Paris Agreement that was concluded in December last year, and the New Urban Agenda that will be adopted this week in Quito, Ecuador.

UCLG represents 175 local and regional government associations in 140 UN member states, accounting for 240,000 towns, regions and metropolitan governments. To appreciate the significance of the Presidency, consider that the Co-Presidents serving with Parks Tau include the mayors of Guangzhou, Paris and Barcelona.

It is no accident that Tau assumed the Presidency of UCLG. He was elected with overwhelming support (103 votes against 42 for the opposing candidate) because of his recognised presence and voice in global policy circles that lead up to the adoptions of the SDGs and the Paris Agreement in 2015. He is seen as a highly principled, informed, determined and effective champion of an alternative model of urban development that attempts to use the heft of urban economies to effect global change. He is also seen, along with Khalifa Sall, Mayor of Dakar, as a highly credible African voice on an international stage that tends to treat the Continent as an afterthought.

In other words, whilst Joburgers were preoccupied with potholes, load-shedding and the infamous billing crisis, Tau was trying to forge a new direction for the city through the Corridors of Freedom agenda, while also building a global coalition of cities to engage with some of the most complex international questions. Of course, since the South African local government election was dominated by the shenanigans of the Zuma presidency, Tau was always going to face an uphill battle with an opinionated electorate that was determined to send a message to Luthuli House. The track record of Tau seemed a secondary concern. Thus, despite the ANC scoring the highest number of votes (44.55%), Parks was relegated to lead from the opposition benches.

His Presidency of UCLG will be dominated by a number of challenges. One, the election process was robust and bruising. He will have to go the extra mile to build trust and support across all the world regions, especially outside of Latin America, Africa and Europe where the rump of his support lie. It is therefore highly strategic and useful to have a Chinese Co-President in his team. His acceptance speech reflected that this is understood and he reiterated this point when I spoke to him about the significance of his victory: “I plan to lead all of the world in a spirit of active cooperation to serve our collective interests,” he said.

Two, he will have to take the lead in formalising a formal seat for organised local government at the global policy table of the United Nations. His Presidency could not be better timed. With the recent confirmation of Antonio Guterres as the new secretary general of the United Nations, there is a window of opportunity to restructure the functioning of the UN. Given that Tau is well known and respected by senior officials in the secretary general’s office, he is in good stead to lead this fight that will undoubtedly see push-back from nation states determined to keep the UN cast in its post-World War II identity.

Three, the Presidency will have to give practical meaning and effect to the implementation of the 196 actions that stem from the seventeen Sustainable Development Goals, in concert with the priorities of the Paris Agreement. This is a herculean undertaking because the SDGs and the Paris Agreement call for a new global economic system characterised by sustainable production and consumption, a radical reduction in inequality, as well as a new system of democratic representation, including a place for subnational governments in international affairs.

One example might clarify what the stakes are. According to estimates, the SDGs require an annual investment of $5 trillion between 2015-2030. This target is being missed by about $4 trillion because only 2% of the $100 trillion held in pension funds globally is being directed to this kind of productive investment. However, since the 80% of the global economy is physically anchored in cities and metropolitan regions, it is up to the leaders of cities to drive the revolution in investment criteria and priorities to ensure new patterns of investment and economic exchange. This is also why bodies like the World Economic Forum now have special working groups working on the role of cities in advancing sustainable economies.

The international development system is not known for its capacity to innovative or bureaucratic flexibility. So, reorganising the United Nations, along with the panoply of other development institutions has to be achieved during the term of office of the new secretary general of the UN, bodies like UCLG will be expected to play a highly visible and active role in driving these inter-related global agendas. Given that Africa represent less than 3% of the global economy, it is remarkable that the worlds’ mayors have put their trust in a humble son of Soweto to take the fight for substantive reform to the epicentres of global power.

Ironically, it is his track record as a local government veteran and mayor who has driven difficult reforms that has endeared him to the world’s leaders. Yet, back home, amidst the parochial obsessions with the never-ending intrigues of the various branches of the state and the ill-informed rhetoric about the supposed lack of service delivery, we have failed to notice our very own new global leader. Hopefully, as South Africa is desperately looking for a few rays of hope in a bleak national landscape, we can also learn to take pride in our own. Sometimes, we are still able to punch above our weight. DM

Edgar Pieterse is the South African Research Chair in Urban Policy & Director of African Centre for Cities. He is an urban scholar, writer and creative agent whose interests include the theory and practice of policy discourses and interventions to make the African city more just, open and accessible. Formerly a special policy advisor to the premier of the Western Cape, he is the author of City Futures: Confronting the Crisis of Urban Development (2008).

Photo: Johannesburg’s former Mayor Parks Tau (C) after he was elected President of the Association of Cities and Local United Governments during the closing ceremony of the World Summit of Local and Regional Leaders in Bogota, Colombia, 15 October 2016. EPA/LEONARDO MUN