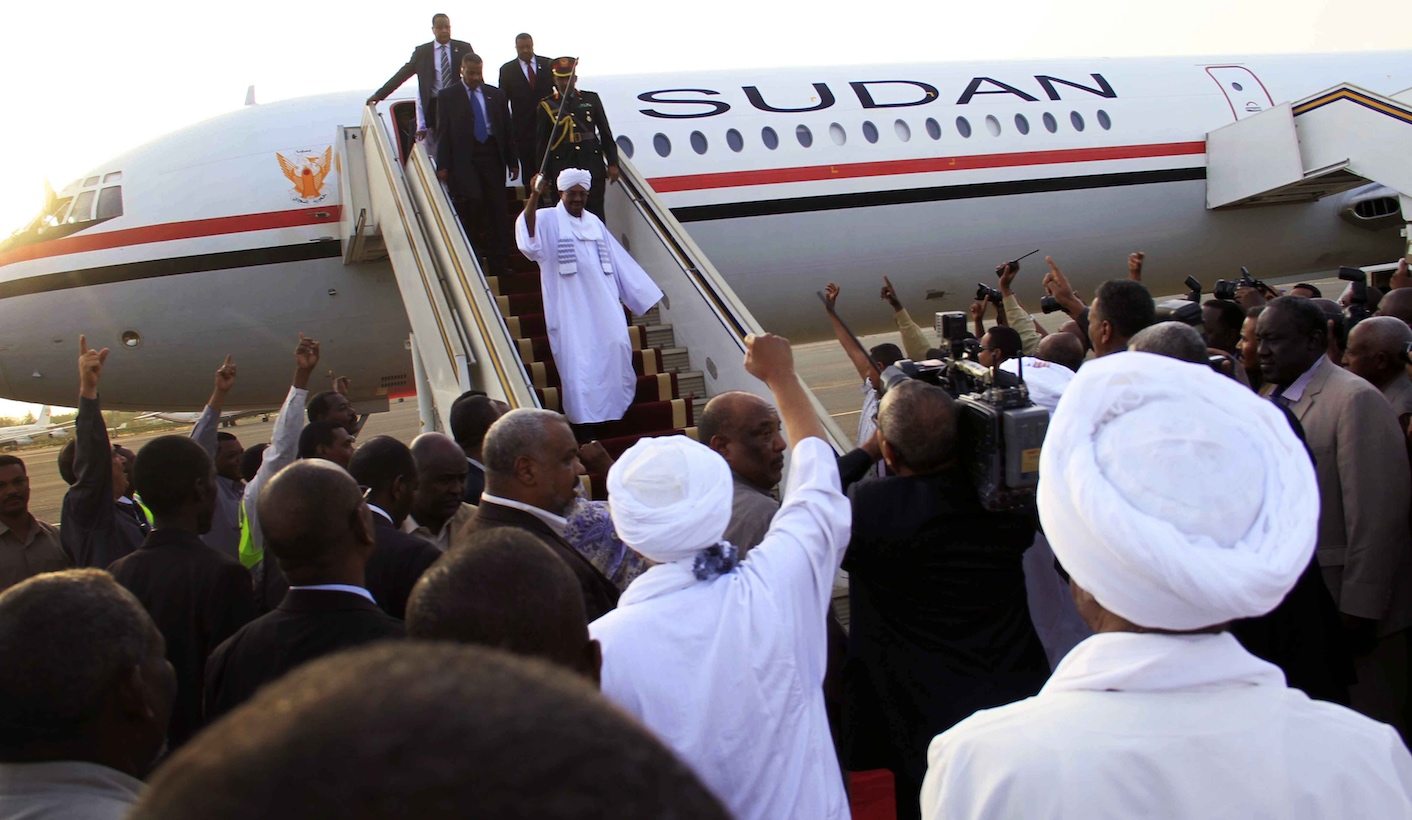 The Democratic Alliance (DA) on Monday will file a court application to declare South Africa's decision to withdraw from the International Criminal Court (ICC) invalid. Civil society is also unhappy. Meanwhile, the ANC Women’s League says damn them and their imperial interests. By GREG NICOLSON.

The DA wants South Africa’s decision to withdraw from the International Criminal Court declared unlawful, and wants to go directly to the Constitutional Court to do it.

The opposition party is filing for direct access to the Constitutional Court on four grounds. It says Cabinet’s sending notice to the United Nations (UN) to withdraw from the ICC was taken without a parliamentary resolution; is unconstitutional unless Parliament first decides to repeal the Act tying South Africa to the ICC’s Rome Statute; is procedurally invalid without parliamentary and public consultation; and breaches the country’s commitments to international justice and rights.

Justice Minister Michael Masutha last week confirmed Cabinet decided and had given the UN notice that South Africa planned to withdraw from the ICC, after the courts have shown the country’s international obligations trump local laws protecting diplomatic immunity. The withdrawal follows multiple court judgments that found the state violated the law by not arresting ICC-indicted Sudanese President Omar al-Bashir during a visit to South Africa last year.

In his affidavit to the Constitutional Court, DA federal executive chairman James Selfe asked the court to declare the notice to withdraw from the ICC in constitutional and invalid, and for all measures leading to the withdrawal to be set aside and revoked. Selfe said announcement “marks a dramatic shift in South Africa’s standing in the international community and the country’s commitment to international justice”.

“The national executive does not have the power to take unilateral decisions to withdraw, without first having obtained a resolution authorising withdrawal from Parliament,” said Selfe. South Africa would be only the second country to withdraw from the ICC, following Burundi’s recent decision amid a human rights crisis. Any attempt to take the issue to Parliament after the announcement would be “a mere tick-box exercise”, said Selfe, arguing that by skipping parliamentary processes the decision would be “fait accompli”.

The DA listed 10 respondents in its Constitutional Court application, including the minister of international relations and cooperation, minister of justice and correctional services, the president, speaker of the national assembly, and chairperson of the national council of provinces. Also listed was the Southern African Litigation Centre (SALC) and four others who have been admitted as friends of the court in the upcoming Constitution Court case over the state letting al-Bashir leave South Africa. Selfe said the cases were intricately linked.

When announcing the decision to withdraw from the ICC, Masutha said the stripping of diplomatic immunity is hampering the country’s peace efforts. He accepted the court decisions on obligations to the ICC trumping diplomatic immunity, claiming it meant South Africa could not negotiate peace and stability across the continent, which he said meant the country must withdraw from the Court.

South Africa was integral in the establishment of the ICC, the first African country to sign up, and civil society groups have condemned the Cabinet decision. Amnesty International called on Parliament to reconsider. It said the move betrays millions of victims of human rights violations. “South Africa must constructively engage with the ICC to resolve any legitimate concerns it may have rather than taking actions that will only serve to bring the country into disrepute and harm the global fight for peace and justice,” said Netsanet Belay, Amnesty International’s research and advocacy director for Africa.

SALC said while there are no other systems of justice for victims of war crimes, crimes against humanity, and genocide (the African Union plans to establish a similar court but has made little headway), the country is failing victims. “South Africa, formerly at the forefront of international criminal justice in Africa, has taken a retrogressive step that raises great concern about the government’s priorities with regard to matters of justice, accountability and the prevention of egregious crimes,” said SALC executive director Kaajal Ramjathan-Keogh. Lawyers for Human Rights said the country should remain within the ICC and fight to improve the Court.

The ANC Women’s League (ANCWL) on Sunday slammed the DA’s court application. “Their agenda is to promote white supremacy where blacks are relegated to be the servants of white masters,” said secretary general Meokgo Matuba. “Their interest is to advance imperialists’ agenda and therefore for them to support ICC which is influenced by Western forces is not surprising.” The ANCWL called on other African states to follow South Africa and for an African Criminal Court to indict colonial and Apartheid regimes.

The ANC in Parliament held similar views. Moloto Mothapo, spokesperson for the chief whip, said: “It is our long held view that the ICC has long diverted from its mandate of being an independent and objective instrument in bringing an end to heinous crimes against humanity and the violation of human rights on the African continent. Instead the ICC has allowed non-member states to dictate and interfere with its work to suit their own imperialist agendas.”

African sentiment against the ICC has been building particularly since it charged Kenya’s Uhuru Kenyatta. Kenyatta become president, largely by claiming the charges against him related to Kenya’s 2007-08 post-election violence were driven by anti-African, western agendas, and further spread the perception the ICC was biased against African leaders. The ICC has focused on African crimes, while super powers the United States and China are not signatories to the court.

In South Africa, there has been growing “anti-imperialist” sentiment recently, with President Jacob Zuma’s defenders claiming much of his problems relate to nefarious global, moneyed powers trying to remove him to promote and defend their ill-gotten gains.

Locally, the move to withdraw from the ICC is predictable, given the growing sentiment against international bodies slanted towards the traditional powers and ANC leaders’ ongoing refusal to account to the law. Internationally, the country’s withdrawal has serious consequences. Nelson Mandela’s government and the South African Development Community was instrumental in supporting the court’s establishment. The move is a serious change in SA’s foreign policy and is bad news for victims in other states with no other form of justice.

The DA also plans to file papers in Gauteng courts, to be heard if the Constitutional Court does not grant it direct access. While government is confident of its decision, recent court judgments against the state raise questions over its legal advice. DM

Photo: Supporters of Omar al-Bashir cheer as the President returns from South Africa to Khartoum, Sudan, 15 June 2015. According to reports al-Bashir quickly left South Africa where he was attending an African Union (AU) Summit, after the International Criminal Court (ICC), who have charged him with war crimes, issued a request for his arrest, which was upheld by a South African court, though the President had already left and it could not be upheld. EPA/MARWAN ALI