Onside/Offside: The Sporting week that was, October 16-21 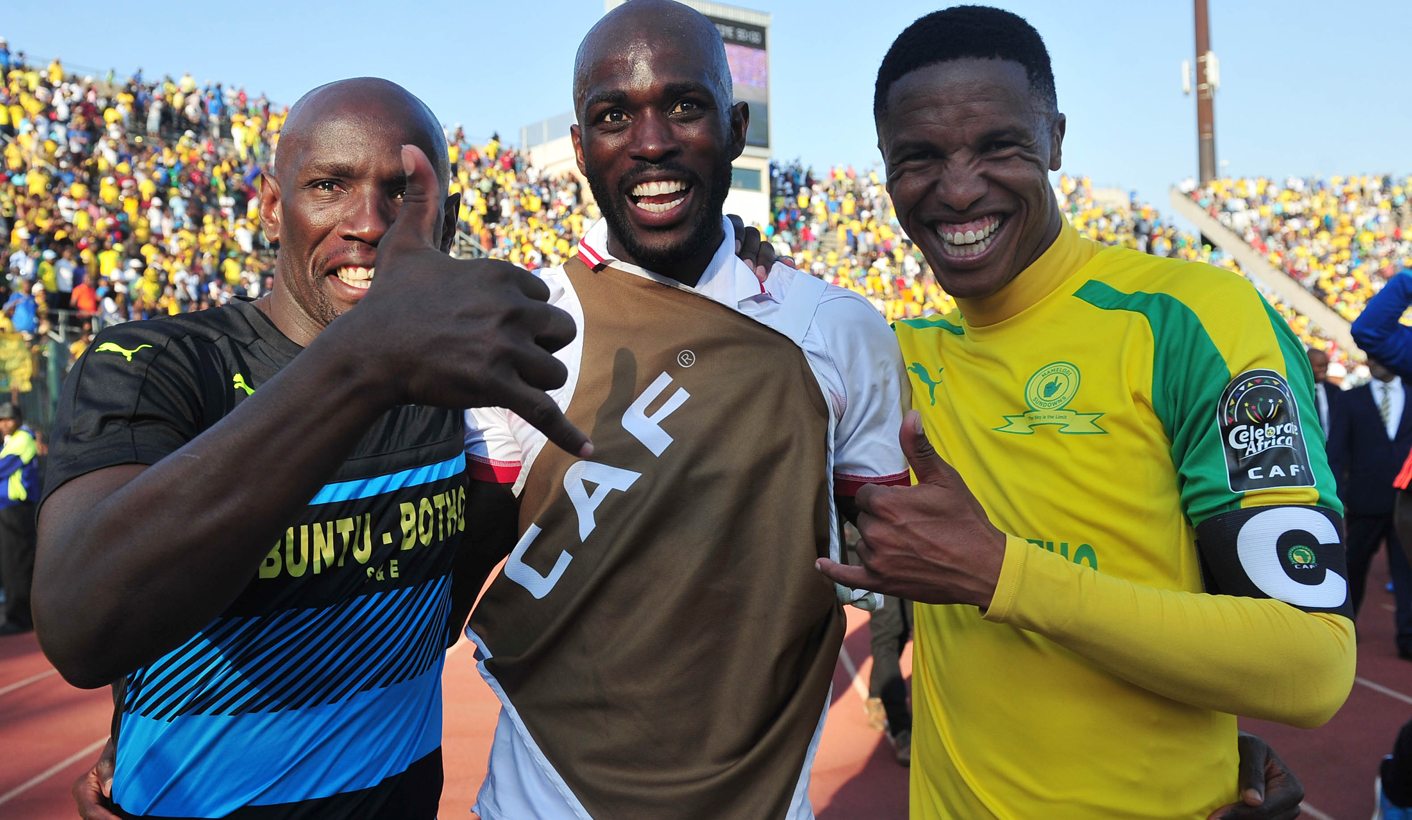 Missed any of the week’s big sports stories? Want to sound like you know what’s up around the braai fire this weekend? Fret not – we wrap up, dissect and digest all the action from the sporting week that was. By ANTOINETTE MULLER.

The “coaching indaba” dominated the sporting discourse this week, while all eyes are on Mamelodi Sundowns as they head to Egypt in their quest to become only the second ever South African side to win the Africa Champions League. Support also poured in for former Bafana Bafana captain, Neil Tovey, who suffered a heart attack and landed in hospital this week. Doctors said they were impressed with his progress but that a long road to recovery lies ahead.

The South African men’s cricket team also got a first look at what the day-night conditions will be like for their pink ball Test in Adelaide, while the women’s side lost their seven-match ODI series against New Zealand with two games still to play.

This weekend will see the Currie Cup final contested between the Bulls and Cheetahs, where, hopefully, players will emerge as an antidote to the Sprinboks’ woes. To ensure that you have plenty to waffle about around your rugby braai, though, let’s take a quick look at the week that was.

Caster Semenya and Wayde van Niekerk have both cracked the list of candidates for the IAAF’s Athlete of the Year award. Hardly surprising since Semenya kicked ass and chewed bubblegum (running out of gum somewhere in the heats) all throughout the Olympics while Van Niekerk broke the world record all while igniting a national debate about identity.

But beyond their achievements on the track, the IAAF is out to prove that, despite what people might say, you can change the world by using social media. The award will be decided by a round of votes, including votes by you, the public. The IAAF Council and the IAAF Family will cast their votes by e-mail, while fans can vote online via the IAAF’s social media platforms. The IAAF Council’s vote will count for 50% of the result, while the IAAF Family’s votes and the public votes will each count for 25% of the final result. Go on, prove to those people who insist that sharing posts of ill children cannot rescue them that social media can indeed force change. Click here to vote for Semenya and click here to vote for Van Niekerk. Then do a bit more clicking by liking their pictures.

Fawaz al-Hasawi, owner of former two-time European Cup winners, Nottingham Forest, has put himself in line to win the award for most ridiculous demands made by an owner of a football club. And that takes some doing.

Hasawi has decided he has had quite enough of owning a football club, but not quite enough of making money from it. In the financial conditions for selling the club, he insists that he remains chairman with a 20% stake, without making any further financial contributions. He also wants a nice salary, starting at £480,000 a year but going up to £1.08-million if Forest were ever promoted. Well, that’s one way to make a return on investment.

But wait! There’s more. He wants a bonus of £480,000 if Forest stayed in the top division and another one-off payment equal to a year’s salary the next year (so basically £2.16m). And more! He also wants the total sum of what the players earn in bonuses. This would all be funny if it wasn’t so sad, especially when considering that a number of the players have complained that they have not been paid on time recently.

Onside: Springboks call in some help

In this week’s edition of “Absolutely everything is fine with the Boks, we know exactly what we are doing”, two new faces – Free State Cheetahs head coach Franco Smith and Golden Lions defence specialist JP Ferreira – have been added to the management team for the end-of-year tour. As Allister Coetzee and his battered Boks try to figure out a way not to embarrass themselves any further, calling on the help of the guys who seem to have cracked it at domestic level is not such a bad idea. SA Rugby kicking specialist Louis Koen will also join the team, hopefully not to find new and innovative ways to meaninglessly kick away possession.

This might not be strictly “sports news”, but Jose Mourinho laughing at an absolutely ridiculous joke is worth watching. It might be staged, but who cares? The only slight problem with this is that people still seem to think that Nandos’ originated in Portugal (insert your Brexit jokes here).

If your idea of hell is riding over 200km on a bike, spare a thought for the poor buggers who do it for a living and spent last Sunday doing just that… in the desert.

The World Cycling Championships took part in Doha where Peter Sagan spent over five-and-a-half hours working on his saddle sores without even getting a nice view to make him feel better. South Africa’s Nick Dougall finished 18th after breaking away early, until realising that riding over 200km in the blazing heat is better suited for the tortoise approach. Fellow South Africans Clint Hendricks and Ryan Gibbons decided the whole thing was a crap idea and didn’t finish.

Offside: Durban 2022 looks like it can’t even organise a piss-up in a brewery

It takes a special kind of incompetence to fail to organise the people who should organise things, but the City of eThekwini has managed just that. Durban is supposed to host the 2022 Commonwealth Games, but they have been given a beady eye by the Commonwealth Games Federation (CGF) about getting their act together.

One of the biggest sticking points is that 415 days after being announced as hosts (by default), there is still no Local Organising Committee. The deadline to establish one is 180 days. The South African government has also not signed the host city contract, confirmed underwriting arrangements or made any payments to the CGF.

In an interview with EWN, Sascoc president Gideon Sam said neither this nor that about the current state of things, but hopes that there would be a definitive answer on the way forward by November 30. That will be 456 days after the announcement, for those still keeping count. DM