Video – Between the Lines: Nompumelelo Runji 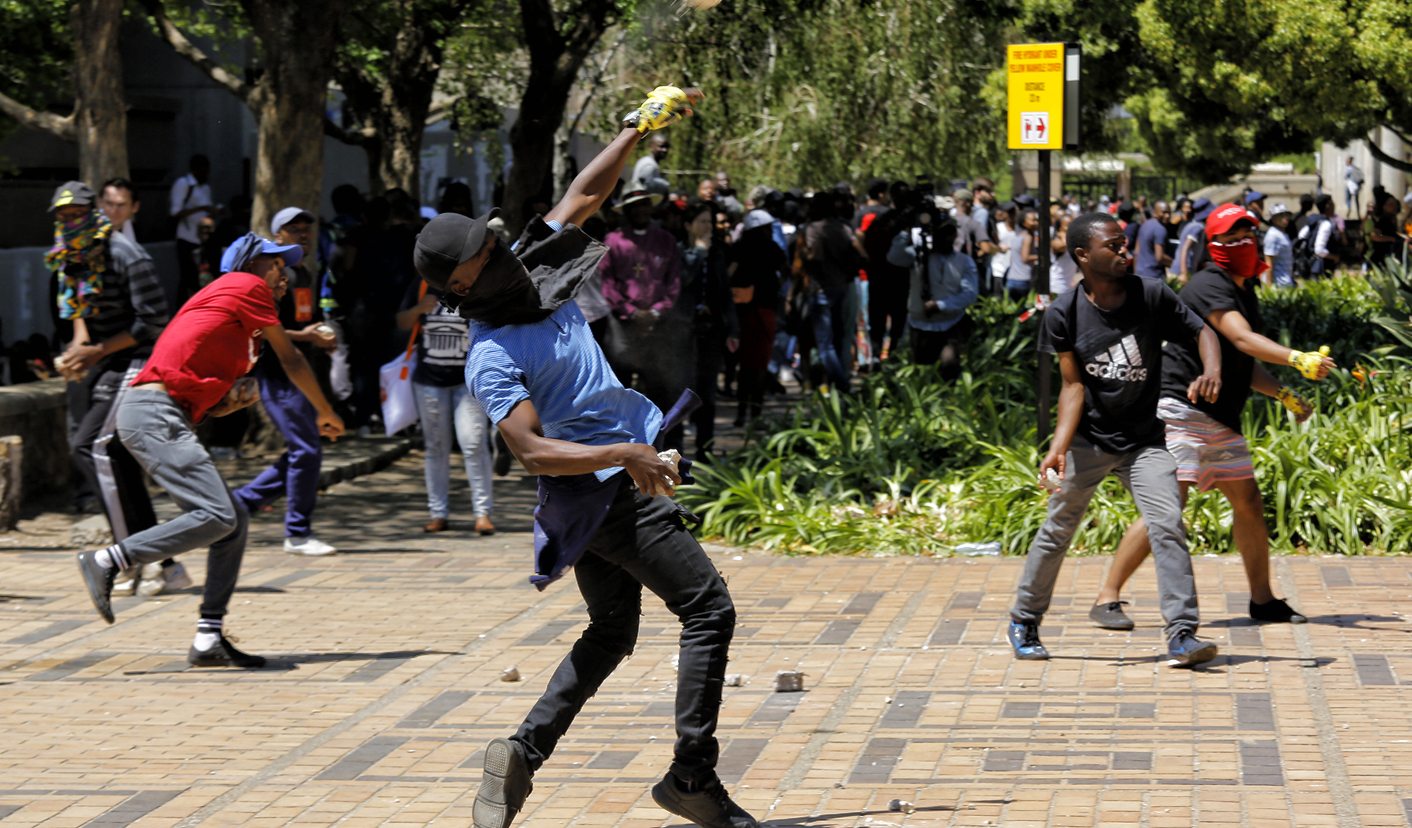 Students at historically black universities were protesting against economic hardship for at least a decade-and-a-half before Wits, Cape Town and Rhodes brought the issue to national importance as the national media covers these institutions far more extensively, Pretoria political scientist Nompumelelo Runji told BETWEEN THE LINES. The issues were predominantly not ideological, but a direct result of poverty. Protests began in the late 1990s. By JOHN MATISONN.

Many students at the Universities of Fort Hare, Turfloop and others received tuition grants, but could not find funds for books or accommodation. Runji said their voices were not heard, until now. This is one reason some activists demand change now, and oppose incremental change – they believe incremental change was promised before and not delivered. But there is a wide divergence of student opinion from this hard line to those who would accept a slower process, and those who want to be back in class immediately.

Runji also explained the apparently different issues on different campuses. At Fort Hare and Rhodes the biggest complaint is about personal safety, including the prevalence of sexual assault and rape. This appeared to be because, especially at Fort Hare, a history of underfunding has left a shortage of infrastructure that includes funding for security.

In 2007 the ANC took a decision to move towards free education up to the first degree, a task team at the Department of Higher Education produced a report with recommendations, and in 2013 this commitment was reaffirmed. But implementation has not been evident to students other than some increase in funds of the scholarship programmes of the government’s National Students Financial Aid Scheme (NSFAS).

“The supply has not kept up with the demand.”

Runji, who earned a BA (Hons) and M.Phil at the University of Pretoria, is working on a doctorate and is a columnist on The Sowetan and author of the book Democratic Opportunity: Does South Africa need electoral reform?

An expert on electoral systems, she said students have lost faith in the representative bodies after attempting to use them for a long period, both students’ representative councils and student representatives on university councils. “They did not work,” she said. “It’s part of the general discontent with governance in the country. There is a culture of deferment in the South African government. Decisions are taken, but implementation does not happen.”

To make the demonstrations powerful, students worked around SRCs, the South African Students’ Congress (Sasco) and across all political parties on campus.

After addressing campus groups, she attributes the violence predominantly to people who interpret “transformation” in a much more political way. They are not campaigning for fees of even decolonised education, but for revolution. And for them revolution means replacing “monopoly capitalism” with socialism or communism, usually expressed by calls for nationalisation of the economy. At events she addressed, these groups were usually from the Economic Freedom Fighters and Pasma, the Pan Africanist Congress youth movement. DM

John Matisonn is the author of GOD, SPIES AND LIES, Finding South Africa’s future through its past, and presenter of CTV’s BETWEEN THE LINES with John Matisonn.