Renewables’ Big Bang – what comes next? 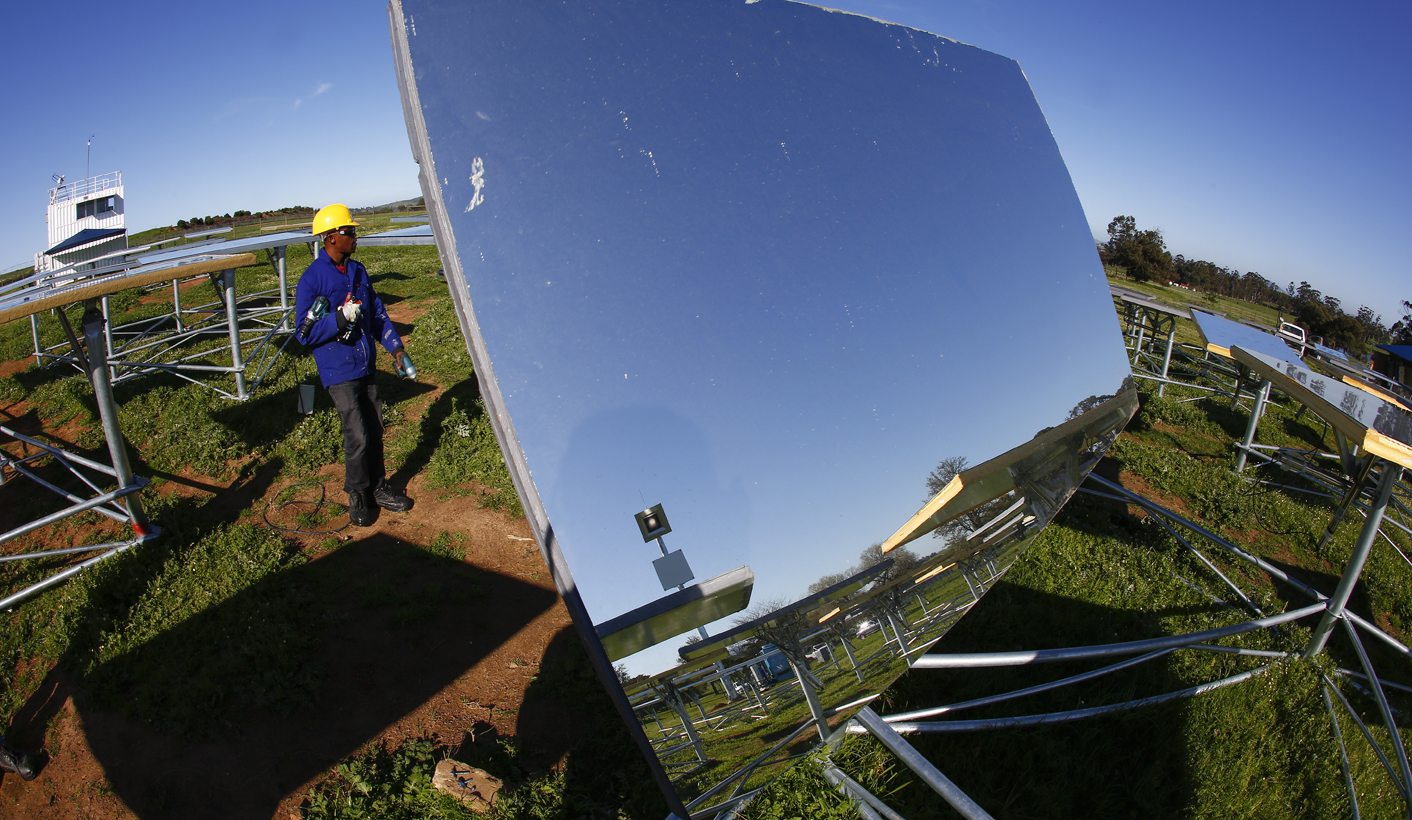 Renewables do not merely represent a possible solution to energy crises across Africa. South Africa’s REIPPP model also offers a promising economic boost. Moody’s has confirmed that South Africa has the fastest growing green economy in the world. What’s next? By MARELISE VAN DER MERWE.

South Africa’s green economy has the highest growth year-on-year globally for asset finance, coming in at 300% and totalling $4.5-billion or R63-billion in 2015, Moody’s has confirmed.

Since 2009, renewable energy projects have seen R17-billion investment in the Western Cape alone.

“As Moody’s shows […] we’ve built a R7-billion infrastructure sector in four years, all with private money, creating many jobs and significant new manufacturing capability, while quickly increasing local content beyond 45%,” said Johan van den Berg, CEO of the South African Wind Energy Association (SAWEA). “The renewables industry is responsible for approximately 30% of all foreign direct investment into the country. Additionally, the cost of wind power has steadily lowered to approximately 40% below the cost of new coal power at Medupi.”

This raises further questions around the need for nuclear power, but on Thursday, the issue remained clear as mud. News broke on Thursday that South Africa would delay tendering for new nuclear power stations after requests for consultation and discussion made it impossible to start the process by the end of September, Reuters reported. This was in spite of earlier confusion over the dates. Yet energy minister Tina Joemat-Pettersson added that she remained “fully committed” to the hotly contested plans for nuclear procurement.

To add to the tangle, Joemat-Pettersson earlier this year praised the role REIPPP had played, calling it “one of the world’s most successful” programmes of its kind and noted that it was delivering more than expected in several areas. Projects up to bid window 3, which began construction in 2016, were in May already outperforming predicted levels of employment, reaching 111% of targeted numbers while 23 developments were still under construction. The majority of jobs created were in rural areas.

Some R200-billion of private investment had already been poured into solar and wind developments at the time, with shareholding for local communities reaching an estimated net income of R29.2-billion over the +- 20-year lifespan of the projects. By mid-2016, renewables were providing around 16% of South Africa’s energy during peak periods, and tipped to keep increasing. By the end of the year, South Africa is expected to have 400 wind turbines running; by 2020, it could have cumulative wind capacity of 5.6 GW.

Intermittency is a problem for renewables – the unpredictability of weather can put a spanner in the works – but at least for solar power, there is now potential for storage via large quantities of molten salt (we’re not making this up). Additionally, most areas of South Africa average more than 2,500 hours of sunlight per year.

As of 2016, three utility-scale wind farms have begun exporting electricity to the grid for the first time. Three of them – the Hopefield wind farm, the Van Stadens wind farm outside Port Elizabeth, and the Klipheuwel Dassiefontein wind farm, near Caledon, in the wheatlands of the Western Cape – are providing 120 MW of capacity. The 138 MW Jeffreys Bay wind farm, in the Eastern Cape, spans 3,700ha and will supply 460,000 MWh/y – enough to power 100,000 average South African households. It is expected to cut annual carbon emissions by 420,000 tonnes. Expect more along these lines: despite the fact that the coastal areas of the Western and Eastern Cape were originally thought to be best suited, wind is gaining traction more rapidly than expected. SAWEA reports that bid window 3 was oversubscribed.

There are still those who believe renewables are too costly an investment or that nuclear is necessary. There also remains the R650-billion question of whether forging ahead with the nuclear project is a question of benefiting the many or the few. It’s also not clear whether estimations of how much power is needed going forward are accurate.The Integrated Resource Plan for Electricity, originally drawn up in 2010, has been criticised as outdated.

But regardless of the fact that Eskom has been able to avert load shedding since 2015 – ending the most immediate energy crisis – innovation has quietly continued. South Africa’s REIPP programme has been lauded as a successful economic model as well. As far afield as Australia, experts are looking to the South African example – which ranks among the top 10 programmes globally – for guidance. Raine Naude, research assistant to Professor Anton Eberhard and Research Fellow in the Management Programme in Infrastructure Regulation & Reform (MIR) department, says in sub Saharan Africa, South Africa is the undisputed leader in renewable energy, and the competitive tender model has played a large role in this success.

According to Naude, first, unlike unsolicited, directly negotiated projects where negotiation takes place directly between the provider and the government concerned, the bidding process tends to award multiple bidders in each competitive tender, which typically reduces corruption levels. The REIPP programme, she adds, has managed to maintain high levels of transparency and objectivity as bids are evaluated. Further, by virtue of sheer competitiveness, the model also results in lower prices, especially where there are multiple bid rounds.

Eberhard, who directs the MIR, has argued: “Our cheapest sources of power are now wind and solar energy. The Department of Energy has awarded long-term, fixed-price contracts for wind energy as low as 57c/kWh, far below Eskom’s average cost of supply. Renewable energy combined with gas power can offer reliable base load supply at less than R1/kWh. Imported hydro and coal IPPs will also beat this.”

So what comes next? Low prices and sustainability are much-needed advantages across the continent. The International Renewable Energy Agency Africa 2030 report has argued that renewable energy has the potential to more than quadruple across Africa by 2030, to 22% of total power supply, compared to around 5% today. Caroline Kende-Robb, executive director of the Africa Progress Panel, told CNN that Africa was well on its way to becoming a clean energy superpower.

These rather optimistic assessments should be weighed against the caveat that – at the very least – a steep innovation curve and a great deal of investment will be necessary; seven in 10 Africans still don’t have power at all. However, foreign investment has been forthcoming thick and fast in recent months, which means renewables may go some distance towards plugging that gap. A major hurdle that remains in many African regions is corruption, acknowledges Naude; but this is perhaps exactly why the competitive tender model – which can be adjusted as needed – may have its advantages.

It’s important that skills development must be shifted high up on the agenda in South Africa and the rest of the continent alike. There is, in general, a shortage of technical skills in South Africa, which must be addressed in order to maintain renewables’ contribution both to energy supply and economic development. There’s only so far renewables can go if there aren’t more skilled clean energy workers. But if the green economy keeps growing at the rate it has been, significant investment in skills development is the next logical step.

“In the last 16 years, the best way to describe [the growth of renewable energy] is that it’s a rocket launch after a very slow countdown,” said Van den Berg. DM

Look out for the wind energy conference and exhibition at Windaba. Windaba will run from 2-3 November and will form part of Wind Energy Week which also includes an inaugural academic conference for the sector named ‘WindAc-Africa’ (31 October to 1 November) and a community outreach day.