Mantashe: I would close down varsities to teach student...

Mantashe: I would close down varsities to teach students a lesson 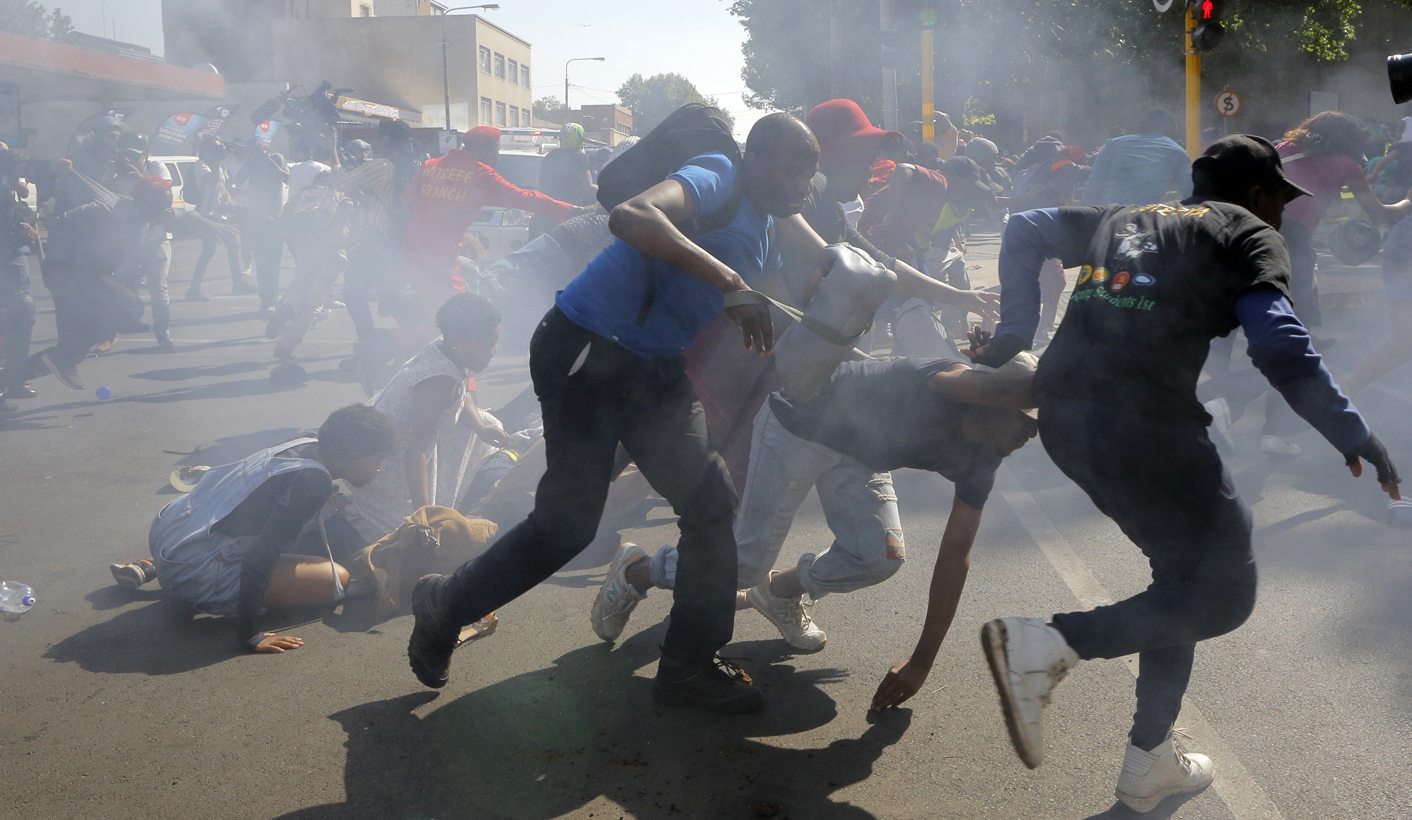 “They are not doing anybody a favour,” said Mantashe in response to a question on the fees protests, on the sidelines of the SA Clothing Textile and Allied Workers Union (Sactwu) congress in Cape Town on Wednesday.

He prefaced his statement with the disclaimer that he was not minister of education, but that if he was, that is what he would do.

“I’m not the minister of education. Because if I was my first reaction would be to close them. For 16 months. And open them after six months, and close the residences for six months. After a year, people will know higher education will be important for their future. You are not doing anyone a favour by studying.”

“…That will be my starting point, but unfortunately, I am not a minister of higher education.”

He said this had been done before in a country he would not name.

“And after a year, everybody began to appreciate that…  ‘Where I go to university, I am not doing any government any favour. It is my future. And that future is in my hands.’”

He said the ANC’s founding document, the Freedom Charter, states that scholarships for higher education and technical education will be granted on the basis of merit.

“And we are not doing that. We have elevated [it] almost to a right. But any right goes with a responsibility.

“If you don’t have responsibility that goes with a right, you must actually take away the right.”

‘I sell cattle and pay’

Mantashe said he paid for three of his four children’s university education, because he could afford it. But if he was short of money, he sold cattle to cover the costs.

“I pay. If I don’t have money, I sell cattle and pay,” he said, urging students who could afford to pay, to do so.

“If we destroy universities, we are not going to have them tomorrow and the dream of a free education for the poor will fly through the window.”

Earlier this week, Higher Education Minister Blade Nzimande announced that poor students and students whose families earned less than R600,000 a year would not have fees increased from the level they were at 2015.

Students falling outside these categories would have to wait to see what their individual universities decided on. Nzimande announced that there should be an 8% cap on increases.

Following the minister’s announcement, there was a nationwide call from some students to shut down universities. Several institutions have suspended activities, while security guards and students clashed on the steps of Wits University’s Great Hall on Tuesday. DM

Photo: Students from Wits University run as police force fire a stun grenade during the 3rd day of #feemustfall demonstration, against fee increases at universities across the country were announced, in Johannesburg, South Africa, 21 September 2016. EPA/KIM LUDBROOK