DRC: Kabila cracks down – and will probably get away with it 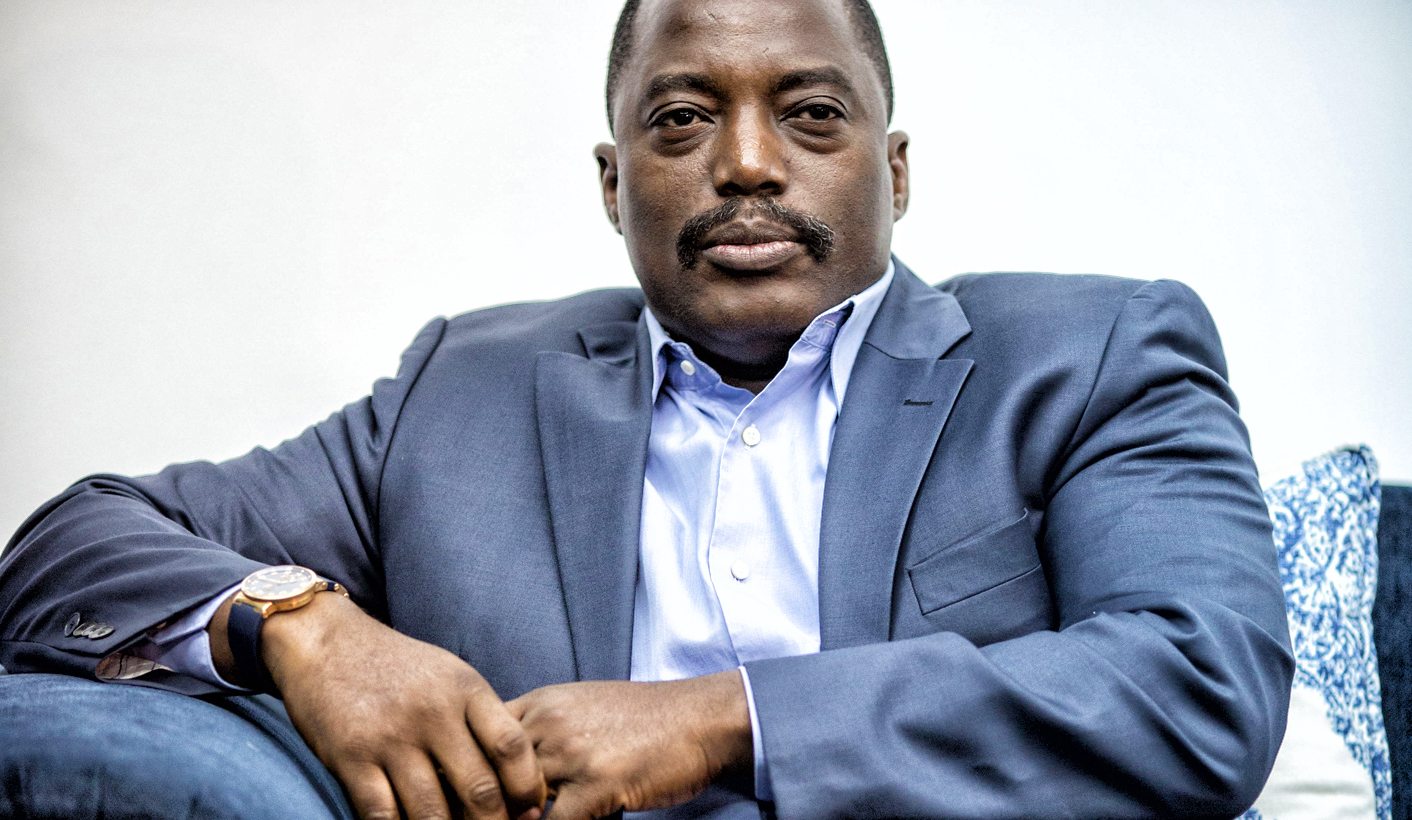 There was blood on the streets of Kinshasa on Monday as police cracked down on an anti-government rally. But neither the deaths of protesters, nor the ongoing “national dialogue”, will do much to dissuade President Joseph Kabila to step down at the end of his second term in office in December. By SIMON ALLISON.

Last week, Reuters asked a senior advisor to Congolese President Joseph Kabila a simple question. Why, if Kabila really does plan to step down after his second term in office, will the president not say so?

Barnabe Kikaya’s answer was revealing. “He cannot say it. We are in Africa… where if Kabila had to say that… from that time on he loses all authority.”

It may be 2016, but the Congolese government is still relying on colonial-era tropes to justify its poor governance. Kikaya was speaking to an audience in Washington DC, where he was trying to persuade lawmakers not to impose sanctions on Congolese officials, and his response played neatly into all those tired stereotypes: that Africa is a country; that only strongmen can rule here; that Africans are too ignorant to respect or understand the constitutional process. And Kabila is clearly the strongman that Kikaya thinks his people deserve.

It’s not only offensive, but also bears little relation to what’s happening in the DRC right now. Does Kikaya really think that the DRC will implode if Kabila confirms that he won’t run for a third, unconstitutional term? Isn’t the DRC imploding already?

From the news emanating from the country, it seems that the longer Kabila keeps silent, the more fractured the country becomes.

Monday was a case in point. Major opposition groups, led by Etienne Tshisekedi and Moise Katumbi, organised a demonstration to demand new elections and Kabila’s departure from office.

Neither of these demands is unreasonable. Kabila’s second term officially ends on December 19, and presidential elections were due some time in November. But Kabila’s government, citing “technical difficulties”, has not bothered to organise the new elections. The electoral commission is saying now that July 2017 is the earliest it can possibly stage a vote, with the government suggesting that the end of 2018 is a more reasonable date. Kabila has given every indication that he intends to sit tight in his office in the stately Palais de la Nation until then, and perhaps after.

On Monday morning, thousands of disgruntled Congolese citizens took to the streets in Kinshasa and in other major cities across this vast country. By Monday afternoon, those streets were running red with blood. Police used live ammunition to disperse the protesters – who had received permission for the march – and at least 17 people were killed, and another 14 injured, according to RFI. The protesters themselves were not entirely innocent: two policemen were killed, and the offices of several pro-Kabila political parties were torched in the capital.

Meanwhile, in another part of Kinshasa, the government is in talks with different elements of the opposition in what it is describing as a “national dialogue”. The process is backed by the international community, and there is no doubt that it is necessary: when Kabila’s term does run out in just a few short months, and given that elections are now impossible to organise on time, there must be some framework in place for what comes next.

Already, however, the talks are struggling. Tshisekedi and Katumbi refused to participate as long as Kabila refused to rule out a third term, which left only Vital Kamerhe as the major opposition figure involved (as a former Kabila ally, Kamerhe has struggled to shake off his associations with the president, so is far from a unifying figure himself).

“I can’t believe how stupid you have to be to go out and shoot protesters when you’re trying to sell the world on the credibility of your political dialogue,” said Stephanie Wolters, senior researcher at the Institute for Security Studies and long-time Congo-watcher.

The sad truth, however, is that Kabila doesn’t have to be particularly clever to keep himself in power – at least not when it comes to the international community. All he has to do is look around his neighbourhood for plenty of examples of the major powers and international institutions being unwilling or unable to prevent a president from staying in power beyond his constitutional limits.

In the last year alone, the region has witnessed blatant power grabs from Pierre Nkurunziza in Burundi; Paul Kagame in Rwanda, and Denis Sassou Nguesso in the Republic of Congo. In each case, the African Union and United Nations did very little to intervene beyond empty rhetoric. If this recent history is any guide – and it definitely is – then Kabila knows that all he needs to do to stay in power is sit tight and enjoy the ride. And continue to silence journalists, imprison opponents, and occasionally fire live ammunition into crowds of protesters.

So where to now for the DRC? With no agreement on elections likely, and the “national dialogue” in danger of falling apart, it looks as though Congolese can expect at least another 18 months of Kabila in charge – whether they like it or not. DM