How to get rid of refugees, Kenyan style

How to get rid of refugees, Kenyan style 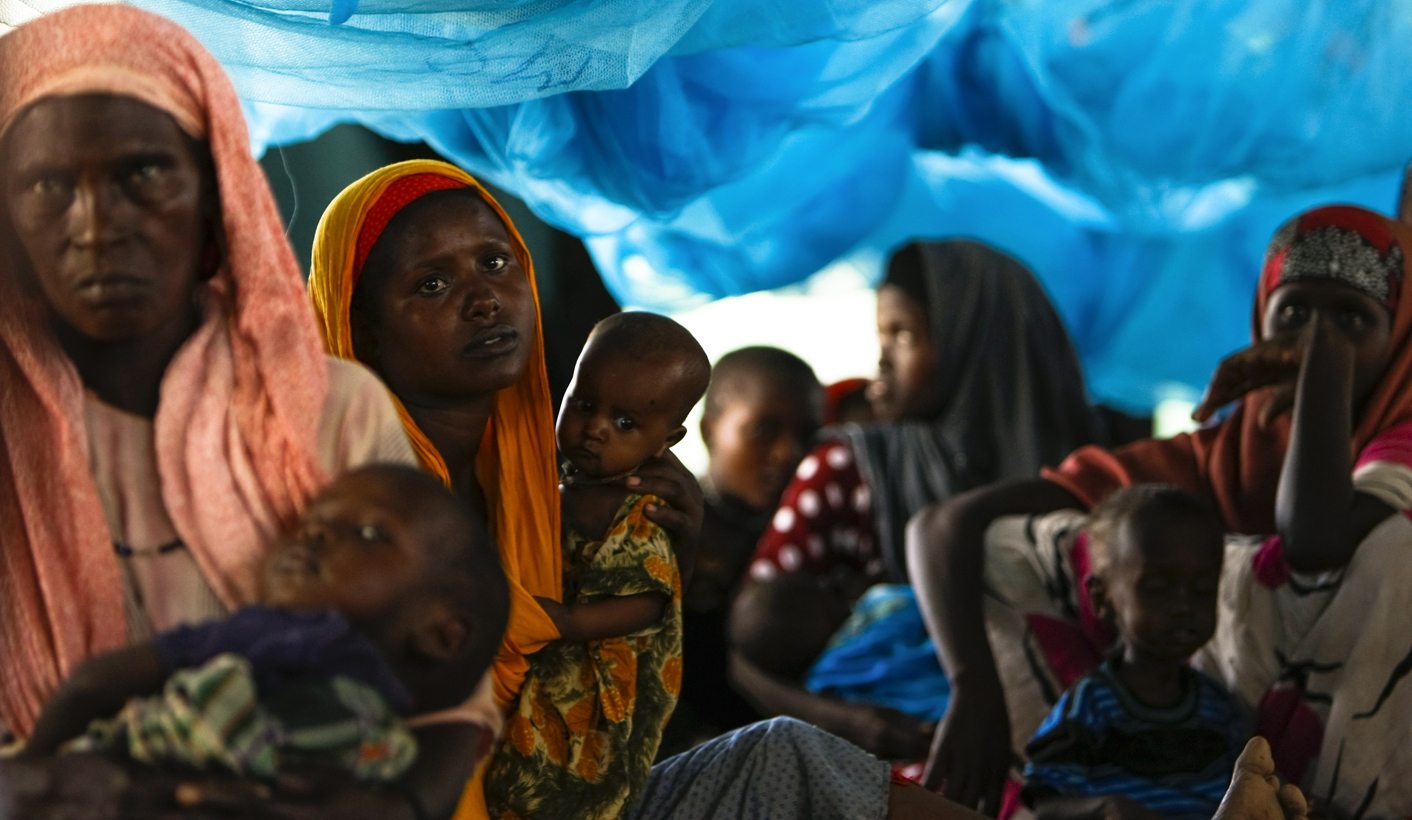 Kenya hosts one of the largest refugee populations in the world, mostly in Dadaab, which is also the biggest refugee camp in the world. But Kenya’s patience is running thin. Having repeatedly threatened to shut down Dadaab, the country is now resorting to fear and intimidation to force refugees to return to Somalia. By SIMON ALLISON.

Kenya hosts more than its fair share of refugees – 553,912 of them, according to the latest figures from the United Nations Refugee Agency (UNHCR), although these are out of date almost as soon as they are published. That number has been increased recently by the arrival of around 8,000 new refugees from South Sudan; and, at the same time, it has been decreased by the return home of about 24,000 Somali refugees.

This is good news, right? Refugees returning to Somalia can only mean one thing: that it is now safe to do so. That whatever threat they were running from in the first place has disappeared. That Somalia is no longer war-torn, or drought-stricken, or under the control of radical, intolerant Islamist militants.

Or it could mean something entirely different.

“The Kenyan authorities are not giving Somali refugees a real choice between staying and leaving, and the UN refugee agency isn’t giving people accurate information about security conditions in Somalia,” said Bill Frelick, refugee rights director at Human Rights Watch. “There is no way these returns can be considered voluntary.”

Human Rights Watch spoke to refugees in Dadaab, who all told much the same story.

“We fled Somalia because of specific problems and those problems are still there. It’s not the right time for us to go back. But every day, the Kenyan government is telling us that we have to go, and UNHCR is not giving us any different information… I said I will go back as we have no other option,” said one 42-year-old woman from the Hiraan region who has signed up to return to Somalia.

In Kenya, as in most of the rest of the world, refugees are a hot-button political issue, especially the ones in Dadaab, who are mostly from neighbouring Somalia. Across the political establishment, the camp has been repeatedly described as a hotbed of political Islam, a Kenyan base for Al-Shabaab, and a major source of insecurity in Kenya – even though there is little to no evidence to support such claims. Earlier this year, with one eye on the 2017 elections, the Kenyan government announced plans to close the camp entirely, setting a November deadline for all refugees to return home.

As we reported at the time – and as we reported last year after a similar announcement – Kenya is in no position to implement this threat. For one thing, much of Somalia remains politically unstable, and food insecure. For most refugees, it is still far too dangerous to return.

“Civilians continue to be severely affected by the conflict, with reports of civilians being killed and injured in conflict-related violence, widespread sexual and gender-based violence against women and children, forced recruitment of children, and large-scale displacement,” concluded UNHCR in its latest Somalia assessment.

For another, the logistics of expelling hundreds upon thousands of unco-operative, scared people are pretty much impossible. And even if Kenya did succeed in doing so, what’s to stop the refugees from coming straight back? The border between Kenya and Somalia remains porous, with a proposed border wall still far from completion.

The Kenyan government knows all this, of course. It’s not stupid. But President Uhuru Kenyatta’s administration also knows that refugees make convenient scapegoats for the country’s security problems, and that a significant reduction in refugee numbers would do wonders for the president’s prospects in the upcoming polls.

So in the absence of truly voluntary repatriations, Kenya has hit upon another plan: to scare the refugees into leaving. To make the future of refugees in Dadaab so dangerous and uncertain that, in comparison, Somalia appears to be a better option.

Dadaab is currently flooded with misinformation about what will happen to refugees after the November deadline, much of it fuelled by government representatives and official radio broadcasts.

Many refugees believe that they will be summarily deported, and that they will lose out on a $400 repatriation grant offered by UNHCR. Kenya has also closed its Department of Refugee Affairs, making it nearly impossible for refugees to access basic information about their legal rights and status. At the same time, government officials have been telling refugees that Somalia is safe for them to return to, despite the overwhelming evidence to the contrary.

The international community has been complicit in propagating this message, according to Human Rights Watch, which claims that UNHCR provides superficial and out-of-date information to refugees about conditions in Somalia. Meanwhile, the World Food Programme has been forced to make severe cuts to rations in Dadaab after failing to raise sufficient funds.

A Kenyan government spokesman denied that any refugees were being tricked into repatriation. “These people are voluntarily taking themselves (home)… We are a country that respects our obligations to the international conventions,” Karanja Kibicho, principal secretary for the interior ministry, told Reuters.

For many years, that statement has been true. For over three generations of Somali refugees, Kenya has provided an escape from famine and a safe haven in times of war. But as elections approach, Kenya is instead treating Somali refugees as convenient scapegoats, and doing its best to scare them away. So far, the plan is working, with at least 24,000 Dadaab residents concluding that they have no choice but to accept repatriation.

To compound the problem, these are overwhelmingly the camp’s most vulnerable residents, and are mostly from the influx of refugees that came during and after the 2011 famine.

Unlike other Dadaab residents, they don’t have access to resources beyond what is provided by the authorities, nor are they versed in how the refugee system works and their rights in it. They will also be returning, for the most part, to Al-Shabaab areas, or areas where food remains scarce – places where their lives are in obvious danger.

“We have no clarity on what the future holds,” said a 70-year-old grandfather living in Dadaab, when interviewed by Human Rights Watch. “What will happen if we don’t voluntarily return? Will we be forced back in a few months? We are feeling a lot of pressure.” DM

Photo: A file photograph dated 15 June 2011 shows newly arrived Somali refugees at Ifo camp, one of three camps that make up sprawling Dadaab refugee camp in Dadaab, north-eastern Kenya. Kenyan government announced on 06 May 2016 that it will close the country’s two refugee camps, Dadaab and Kakuma, citing economic burden and security threats. The closure of the camps would displace some 600,000 refugees. EPA/DAI KUROKAWA