Joburg Art Fair: A barometer of the present 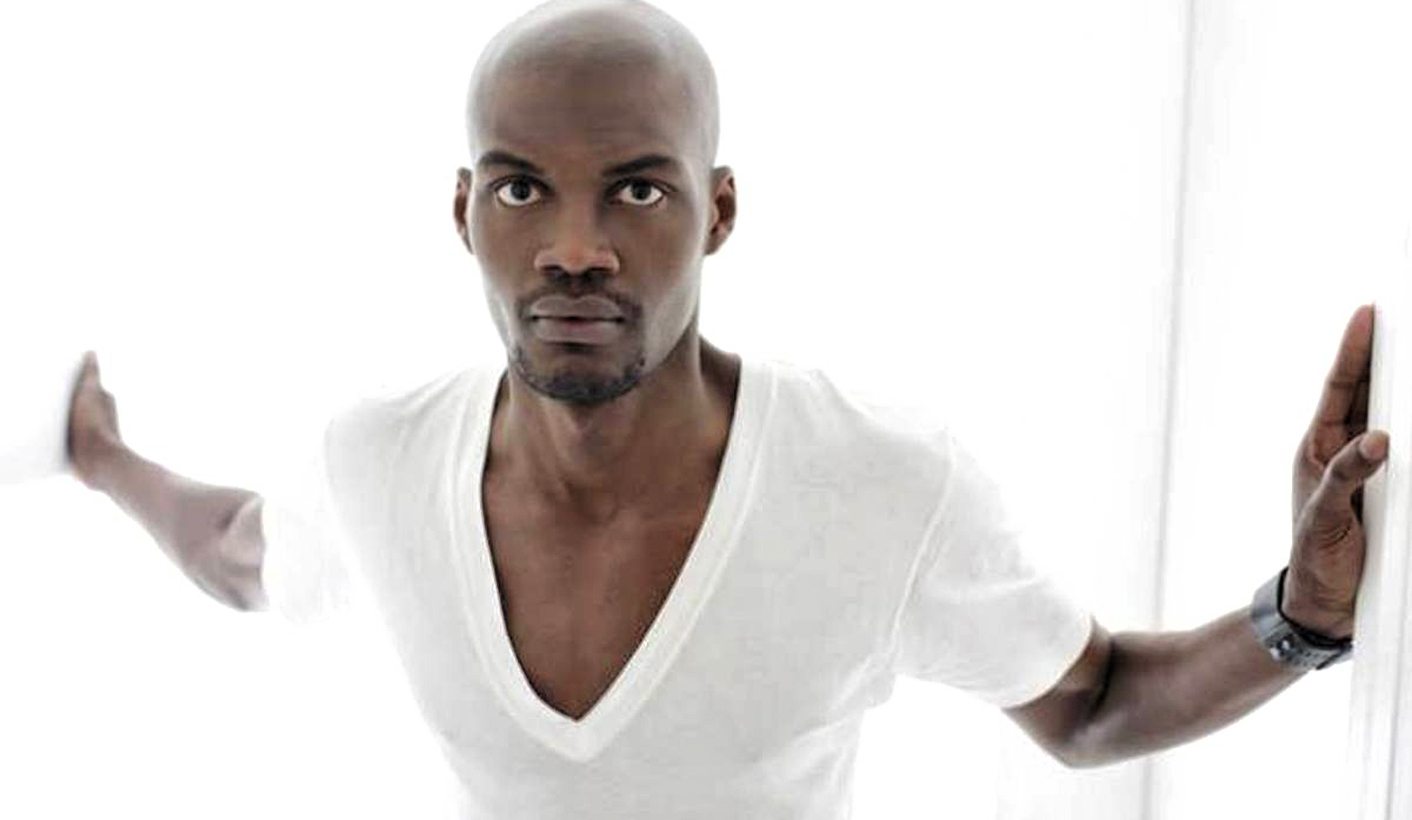 The FNB Joburg Art fair, back for the ninth time, is this year featuring 90 exhibitions within six categories. It will represent artists, projects and galleries from at least 12 countries, with a special focus on the blossoming landscape of East African Art. By MARELISE VAN DER MERWE.

Wangechi Mutu is described as a collage artist. That doesn’t really cover it. “My lab is the female body,” she once said. The Guardian described her work as simultaneously “grotesque and seductive”, embracing “everything from Tina Turner and cyborgs to rotten milk and war crimes”.

Mutu was born in Kenya, but studied in Wales and the US. She’s a graduate of Yale. She has a fascination with the way in which Kenya is re-imagining its identity. Imagination – in all its forms – is at the centre of her work; it’s where the processing of information originates.

“In most cases I start off with a sketch,” she said in a 2013 interview. “But I’m also thinking about real images: out of National Geographic, out of fashion magazines, out of The Economist, out of Time. I’m making a sketch, but I’m using the existing images that have been put out in the world. I love magazines because they’re so dispensable, and they’re so quickly consumed…. They’re the faecal matter of culture. If you want to find out what’s really is going on in the digestive system, you look at what’s coming out of it. And there’s a lot shit in there.”

The world around her may be a springboard, but its translation is through fantasy. “To make things make sense, I have to make things up,” she explains. “I’m not a documentarian, I’m not a photojournalist.”

Mutu is one of the headline artists being featured at the FNB Joburg Art Fair this year. It’s an important year for the fair, which will be featuring 90 exhibitions in six categories, including Contemporary and Modern Art, Special Projects, Gallery Solo Projects, Limited Editions and Art Platforms. The selected galleries and organisations will hail from 12 countries across Africa, Europe and the United States.

The 2016 Special Projects programme will involve an invitational section that spotlights the artistic landscape of East Africa. It will feature a selection of artists and art spaces from Kampala, Addis Ababa, Bujumbura, Nairobi and Dar es Salaam – reflecting, say the organisers, a growing market in South Africa and on the rest of the continent.

Mutu, as the featured artist for 2016, will be exhibiting a multimedia installation presented by Keyes Art Mile. There will be further solo presentations by Jim Chuchu (Kenya) and The Nest Collective (Kenya), which will feature alongside site-specific works by Serge Alain Nitegeka (Burundi) and Sanaa Gateja (Uganda).

Keep a lookout, too, for contemporary photographer Aida Muleneh from Ethiopia. Formerly a photojournalist for the Washington Post, Muleneh spent her early years in Ethiopia, Yemen, England and Cyprus. As an adult, she eventually returned to Ethiopia after some years in Canada and the US. Muleneh says she wants to make art – and representations of Africa – “digestible”; at the same time, she speaks of a certain aggression and passion that can’t help but penetrate.

“When I do something, I do it passionately. I want a passionate colour – something that’s both beautiful and disturbing at the same time, like a car accident you can’t help but look at,” she told Art News.

Alongside the showcasing of East African artists, the fair will also be including a series of TEDxJohannesburg talks for the first time, themed on the contemporary visual arts of Africa. The programme, presented by international bi-quarterly Ogogiii magazine, will include a day of talks by artists, curators and other commentators at the Theatre on the Square, Nelson Mandela Square.

The Joburg Art Fair has become something of an institution, drawing somewhat diverse commentary each year. In 2012, British lifestyle journalist Amy Dawson wrote:

“There’s no denying South Africa’s largest metropolis has a face only a mother could love. But although it’s perhaps better known abroad for car-jackings than culture, I’ve come here to explore a creative scene that’s fast transforming Jo’burg into an exciting artsy destination.”

A year later, controversy arose with the exhibition of Ayanda Mabulu’s painting Yakhali’inkomo – Black Man’s Cry, which was initially removed, and then returned following an objection from headline artist David Goldblatt. In the end, a paradox: while fair organisers first took down the painting in response to controversy, ultimately it was this controversy that allowed the fair to serve an important purpose, igniting discussion and debate. Cobi Labuschagne of Artlogic – which established the fair in 2008 – told Daily Maverick on Thursday that the works on display each year were an important indicator of the country and continent’s mood.

“It’s an opportunity to see over 500 works of art,” she said. “It’s a good barometer of the present, what we are grappling with.”

By 2014, the fair enjoyed a jam-packed opening night. Following the 2015 fair, EWN, Artnet and other media predicted a “bigger and better” fair in the future to help boost tourism. By 2016, Business Day reported that the contemporary African art scene was thriving – and that South African art was fetching some staggering prices. The Joburg Art Fair, it added, was growing – in 2014, for instance, it recorded $2.3-million in sales, a 30% leap from the previous year.

This trend, says Labuschagne, has continued, and also speaks of an art industry that is developing despite global economic challenges. “We have increased our rentals every year,” she says. “The industry is growing. Visual arts are growing. The first year, 2008, the world was in a different place. Sales were higher. But we’ve also had an increase in visitor numbers.”

Mail & Guardian earlier probed the extent to which various local art fairs and awareness weeks aid the commercial and critical sustainability of art. A major challenge is that of representation, although one hopes that if events are well enough supported, they may grow to showcase more talent each year. At the time, Artlogic told the publication that the simultaneous running of such events created a crucial “feedback loop” that benefited both well-known and rising artists by creating exposure that they did not ordinarily get.

“Art is not often a focus in South African society: it’s usually politics. And yet art can be all those things: enlightening, educational, cultural,” the statement said.

Today, Labuschagne says inequality of access remains a problem, but one that the fair hopes to challenge where possible. “It is a huge problem,” she told Daily Maverick. “The question of access is a constant one.” The fair has partnered with government, specifically provincial government and the department of small business development, to bring artists from all over South Africa to the fair on government funding, which has improved the reach to some extent.

“This is so that diverse artists can get access to the type of audience we have,” says Labuschagne. For consumers, schools are brought in to visit and prices, as far as possible, are varied.

“While it’s a business venture, we do what we can to bring people to the fair who would otherwise struggle to get there,” she explains. “There is also diverse art in the gallery itself. We have prints that start from R200 to pieces that cost up to a million.

“This is not to say there’s not a hierarchy of access, or that it’s not a problem. But I think it’s more complex than saying it’s an elite event. As far as we can, we try to facilitate access, which for us is incredibly important because it’s the only visual arts platform [in SA] on this scale.”

This year’s fair will give exposure to an area of the continent where it is arguably long overdue. The BBC wrote of East Africa’s evolving art scene that it was “only gaining recognition now, globally as well as at home” and that its survival depended on building support and infrastructure that will no longer leave it dependent on unpredictable European investment. But in South Africa and beyond, this still requires some legwork.

“We don’t have the galleries, the art schools, the infrastructure for artists,” Nairobi-based art collector Camille Wekesa told the BBC. “I don’t know where the next generation of artists is going to come from, because it seems that we’ve decided it’s not important.”

Perhaps if we continue to show that it is important, that will change. DM