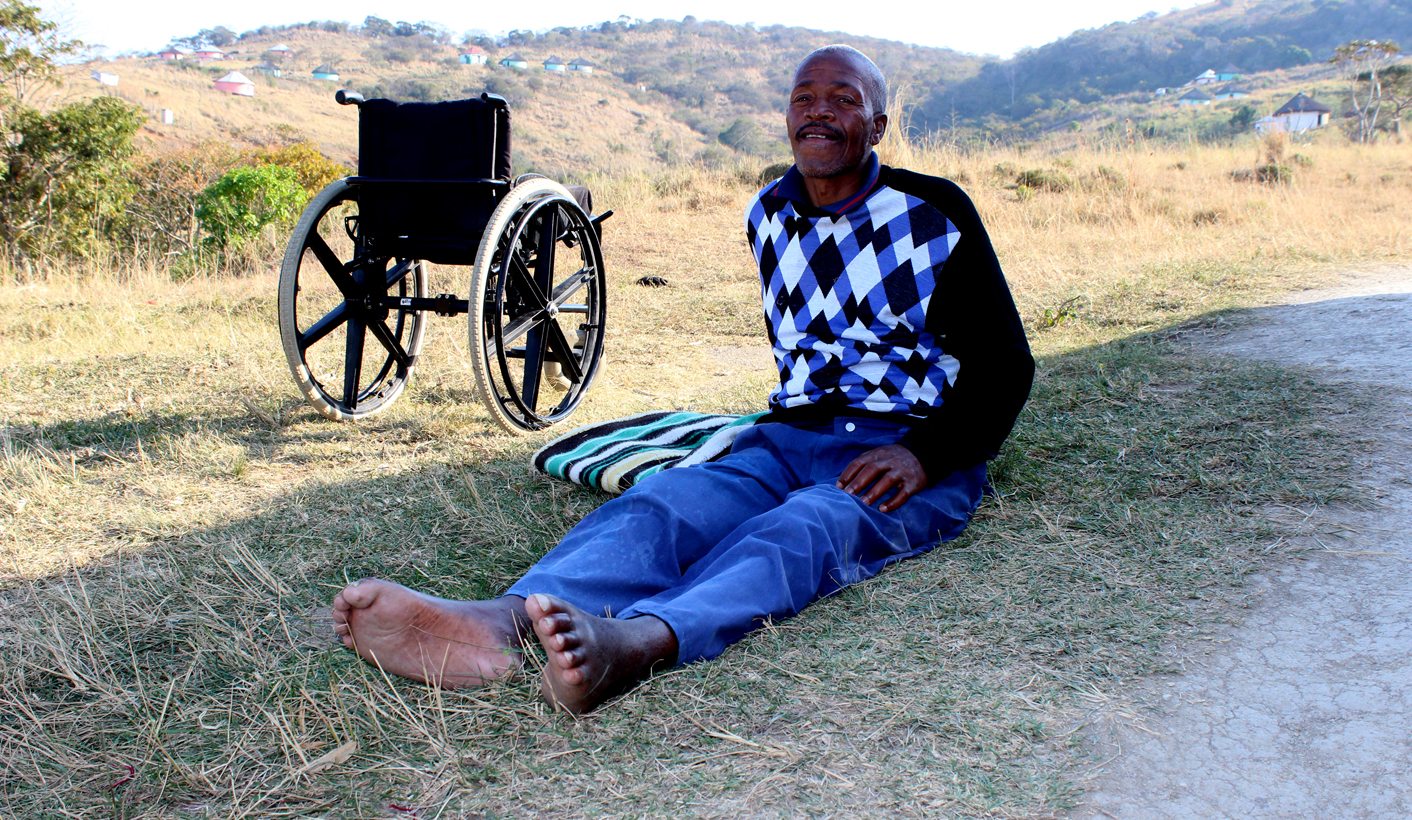 In 2013, the people of Xhora Mouth laid a complaint against the Eastern Cape Department of Health. The community had been asking, in fact begging, for a clinic and for ambulances for nearly a decade. It does not take rocket science to know that not having access to these services many of us take for granted as being at the end of one phone call means that people die. By Ntsiki Mpulo for SECTION27.

In its landmark ruling in the Economic Freedom Fighters and Democratic Alliance v Speaker of the National Assembly and Others case, the Constitutional Court reaffirmed the importance of state institutions supporting constitutional democracy (Chapter 9 institutions) and that are duty bound “to be impartial and to exercise the powers and functions vested in [them] without fear, favour or prejudice”.

The South African Human Rights Commission is one such institution and one to which the community in the Xhora Mouth Administrative Area in the Eastern Cape looked to for assistance.

In 2013, the people of Xhora Mouth laid a complaint against the Eastern Cape Department of Health. The community had been asking, in fact begging, for a clinic and for ambulances for nearly a decade. It does not take rocket science to know that not having access to these services many of us take for granted as being at the end of one phone call means that people die.

One of the residents of Xhora Mouth, Sehla Mkopheni, is wheelchair bound. He suffered permanent paralysis when he was attacked while working in the Western Cape in November 2014. He received emergency care and was in hospital until March 2015 when he returned home.

His family of eight survive on his meagre disability grant which his wife collects on his behalf. When he attends his monthly check-up at Zithulele Hospital, he is forced to hire a private vehicle because no ambulance has ever made it to his home and there is no planned patient transport vehicle available.

Mkopheni lives in Folokwe Village, one of four villages in the Xhora Mouth Administrative Area about 100km from Mthatha. Like many other residents in the villages of Mgojweni, Tshezi and Nqileni, Mkopheni struggles to gain access to quality healthcare. Because he is in a wheelchair he cannot make the trip to Nkanya Clinic which is a two-and-a-half-hour walk on foot over hills and across a river, on a good day and if the person is strong. It is a strenuous trip for a healthy person, but often impossible for one desperately in need of healthcare services.

The residents of Xhora Mouth Administrative Area need a clinic they can actually get to without walking for hours or paying hundreds of rand to hire a taxi and they have asked the Eastern Cape Department of Health for one for nearly a decade.

A local civil society organisation runs a health point in Nqileni village and facilitates transport for community health workers and nurses to visit the community about once a month to provide chronic medication, excluding TB and ARV medication, to registered patients. It is basically a delivery service. They offer blood pressure and blood sugar tests, but can do little more. If a patient needs so much as a painkiller or an HIV test, they have to travel to Nkanya Clinic – an arduous journey.

Sometimes, when a family member is too ill to walk, they will be transported in a wheelbarrow all the way to the clinic. In rainy weather, the terrain becomes slippery and muddy, the trenches in the path deepening and the river widening, making the long journey even more treacherous.

The nearest hospital is Madwaleni Hospital, 65km away by car on a bad road. Though it appears idyllic, life in Xhora Mouth is fraught with hardship. Many of the residents are unemployed, mirroring the Mbashe District’s 93% unemployment rate. A third of the households in the district survive on less than R800 a month, and are heavily reliant on state grants.

The people of Xhora do not have cars and so when someone is injured, falls seriously ill or a woman goes into labour, they have no choice but to call an ambulance. But ambulances rarely respond quickly. In fact, there is no ambulance servicing the area.

As a result, people die, often unnecessarily. People have given up calling ambulances, and instead pay exorbitant fees to taxi drivers who charge as much as R800 for a single trip to the hospital. Families must then choose between buying food and gaining access to healthcare services. They are mostly left with no choice but to borrow money to fund the transport which for many families spells catastrophe.

Repeated requests for ambulances made to the department were ignored, prompting residents to lay a complaint with the South African Human Rights Commission in 2013. The commission finally conducted hearings into ambulance services in the province in March 2015.

The Eastern Cape Health Crisis Action Coalition of organisations and individuals working to ensure better access to health in the province has been working with the community to ensure that the department meets its constitutional obligation to take legislative and other measures to provide the necessary healthcare services.

On a recent visit, the coalition team found that little had changed. A woman who went into labour in the middle of the night gave birth at home because the ambulance did not arrive.

The department claimed in a report that it will purchase 141 ambulances – suitable for the terrain – for use across the province. EMS general manager at the Eastern Cape Department of Health, Sibusiso Zuma, says these are due to be delivered in November 2016. He could not confirm whether one of these ambulances would be stationed in Xhora Mouth as the residents have requested on numerous occasions. He cites security and policy issues.

Following the hearings, the SAHRC visited Xhora with representatives from the department. Xhora Mouth’s Chief NoOffisi Gwebindlala says two sites for parking the ambulance (one in a secure car park) were identified in September 2015 and pictures were sent to the department and the SAHRC. The department has so far failed to respond.

In its report to the SAHRC, the Eastern Cape Department of Health says it has developed an EMS policy but has not consulted communities despite the clear public interest in the issue. The department has failed to implement a number of the recommendations made in the SAHRC report and provides vague responses on staffing and budget allocations for emergency vehicles and planned patient transport.

The Eastern Cape Department of Health continues to fail the people of Xhora Mouth.

As a constitutionally mandated Chapter 9 institution, the SAHRC has the authority to ensure the province’s health department complies with its recommendations and to monitor such progress.

The coalition calls on the commission to prioritise Xhora Mouth as the community that first laid the complaint again the department and ensure that the people of the Eastern Cape are able to access their constitutional right to quality healthcare. DM

Photo: Sehla Mkopheni from Folokwe Village is confined to his wheelchair and must pay up to R600 for transport to his monthly check up.