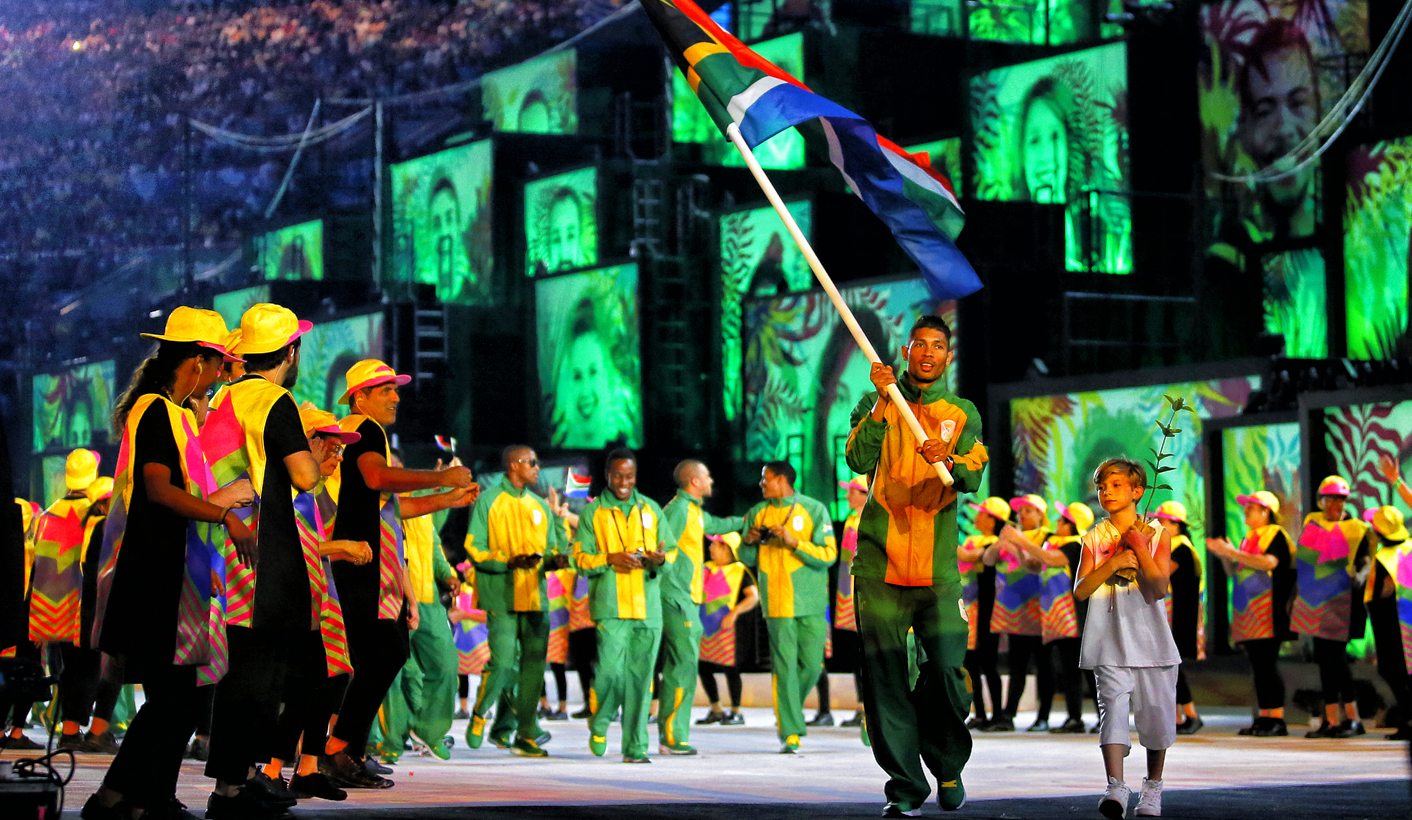 South Africa’s Olympic team is one that mirrors South Africa. It’s a story of a group of people who have overcome challenges and adversity and who have grown up far quicker than we have as a country, even if they were wearing a tracksuit they looked like they need to grow into. By ANTOINETTE MULLER.

It is hard to recall from recent memory a more inspirational group of athletes bundled together than the team who have just competed at the Rio Olympics. Not all of these inspirational stories have resulted in medals, but these athletes have achieved so much despite so many having the fraction of the resources some of the big medal countries enjoy. And these stories could not have come at a better time.

South Africa’s international reputation has taken a bit of a beating over the last few months. The economic outlook is grim. The political outlook is unpredictable. Equality remains a challenge. Racism is rife. The Bloomberg Misery Index rated South Africa as the third most miserable place on earth. Woe betide us, what a mess we’re in…

But sport is a funny old thing and can offer an escape from reality, even if that escape is brief. We should not be disillusioned that sport is some sort of Band-Aid to cover a gaping flesh wound, but in a time when so much of what we see is a grim reality, the heady antidote that South Africa’s athletes has injected us with is one to be savoured.

These tales of triumph and tribulation are many. From a mother’s sacrifice to overcoming serious health issues and winning silver despite having little to no support from your family and, at times, sport’s officialdom, South Africa’s athletes have shone brightly and reminded the country and the world that Mzansi is a place of resilience and sheer bloody-mindedness. We’re the tank engine that can and has, and our athletes have reminded us of that.

Luvo Manyonga’s, Wayde van Niekerk’s and Caster Semenya’s stories have been well documented, but they weren’t the only ones who overcame the odds.

Every single one of the country’s athletes represented every citizen of South Africa in some way or another. Every one of us can find a way to relate to them. We can even relate to the tracksuit bought two sizes too big, because “you’ll grow into it”. Perhaps we too will grow into our democracy.

We desperately need people like Manyonga, Van Niekerk, Viljoen, Semenya, Schoeman, Brittain, Rabie and the rest. Not only do they redefine what we believe is possible, but they redefine perceptions and help shift stereotypes in a world that is far too often unable to use its own brain.

But, as we emerge from our punch-drunk hangover of Olympic delights, we should guard against the notion that “you should just work hard” and things will fall into place rings true for everyone. Hard work helps, but it is merely one of the many pieces in the success puzzle. Every athlete who so captured our hearts had the opportunity to pick the fruits of their labour – opportunities that countless of others are still denied.

So, while we nurse our Olympic hangovers, let this be a reminder to the powers that be that there are millions of other talented athletes, talented people all across the country, all of them just waiting for their opportunity. Let this be the benchmark for holding to account those who are responsible for creating these opportunities. Because those precious few seconds or minutes that have seen us become one with the country’s athletic heroes should be something that’s afforded to every single citizen of this country.

And as the athletes, and the teams who support them, often thanklessly and tirelessly, have shown: we can all get by with a little help from our friends. And we can grow into our oversized tracksuit. DM