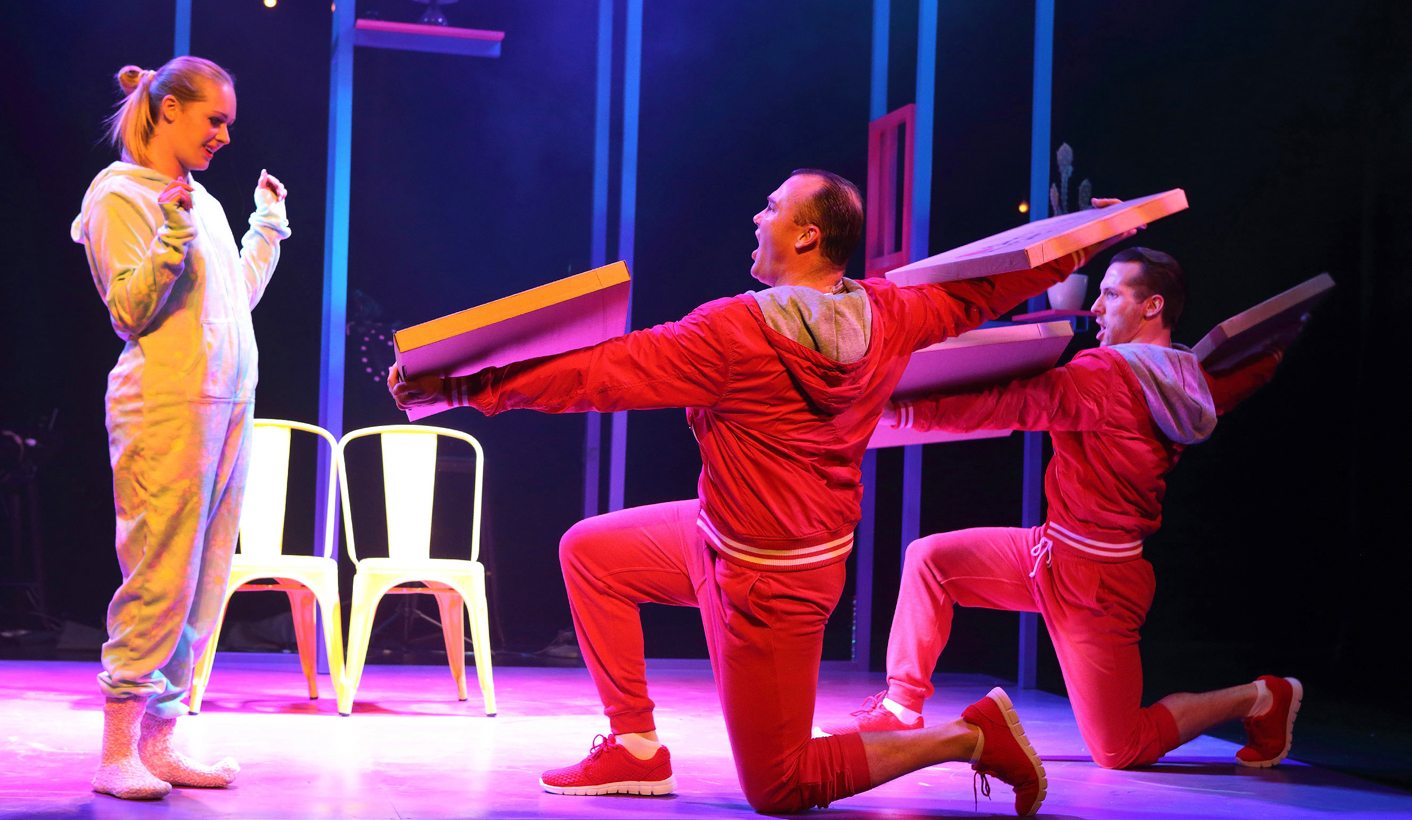 Most musicals have lavish stage sets and magnificent costumes, a full orchestra and, often, a ridiculously implausible plot. By LESLEY STONES.

With I Love you, You’re Perfect, Now Change, all you get are four chairs, a couple of tables and settees, and the budget-conscious musical backing of a solitary piano and a violin. Plus the sharpest, funniest and most accurate storyline imaginable. These are our lives playing out on the stage, people, and it’s an absolute scream.

The show – let’s call it Change, for brevity – is a New York import written by Joe DiPietro with music by Jimmy Roberts. It now stars a local cast and unfortunately they’ve kept the American accents, although this could be playing out in Joburg or Cape Town, Madrid or Perth, because dating, mating, divorce and death are universal.

Change weaves together a series of vignettes that take us from first date nerves and dating disasters to marriage, babies and bereavement in a timeline that draws in happy and sad examples along the way.

Actors Taryn-Lee Hudson, Claire Taylor, Neels Clasen and Brandon Lindsay play the multiple roles with a change of costume and wig, accent and actions. They’re all superb in their varied roles, each as talented as the other, and when they interact together the chemistry sparks. It’s fast-paced and hugely funny, with some hilarious one-liners in the dialogue and extremely clever lyrics to the songs.

The simple set by Niall Griffin allows scenes to come and go with minimal fuss, and his pop-art style wardrobe captures the light-hearted mood delightfully.

What I love is how DiPietro, the writer, is devilishly happy to take the piss out of men as well as women. If anything he’s more scathing about the men, and a favourite scene for all the single women will be Single Man Drought, where the girls bemoan the lack of decent talent on the dating scene. Yeah, damn right.

You’re still laughing when it swings straight into Why Cause I’m a Guy, with Clasen and Lindsay sending themselves up brilliantly as macho men with their ego-driven boorish behaviour. Another gem is Tear Jerk, with Clasen enduring a cinema date with Taylor at a chick flick.

The scenes are all short and to the point, and absolutely lifelike, with the comedic elements heightened by the action and the lyrics. These aren’t showstopping songs that you’ll still be humming afterwards, but they’re intelligent and achingly funny.

DiPietro has observed life and loving in all its thrilling, devastating, ecstatic and bitter variations, and condensed it all into these succinct scenes.

The many laugh-out-loud segments include the fabulous pairing of Clasen and Hudson determined to finally have married couple sex again despite the life-disrupting presence of their kids. If you’re thinking about becoming a parent, wait for the second half and decide if you still want to.

Then the kids have flown, the nest is empty, and Clasen will have you snivelling when he looks at his wife of 30 years and sings Shouldn’t I Be Less In Love With You?

That magical balance of bold, timid and tender moments runs throughout the show, just as all those elements run throughout our lives. DM

I Love you, You’re Perfect, Now Change runs at Montecasino Theatre until 4 September. Tickets from Computicket.