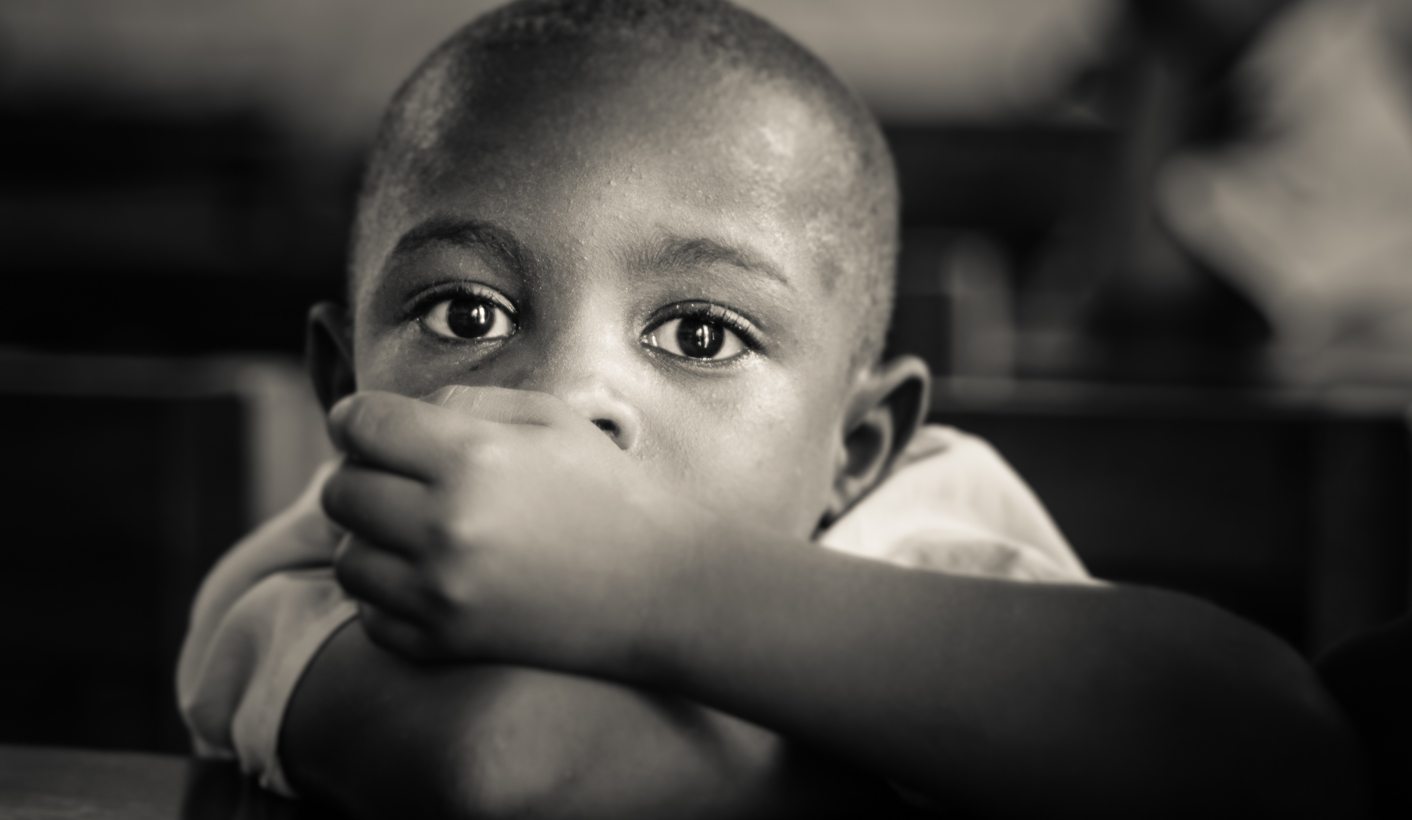 In Tanzania, school pupils have a six-week English crash course before they begin secondary school, delivered by a teacher who has been through the same dysfunctional system. After that they are left to fend for themselves. By MARK WESTON.

Imagine yourself as a 12-year-old. Perhaps you’ve just squeezed your first zit or been crippled by your first crush. You’ve also just graduated from primary school, and are about to begin secondary.

You haven’t learnt that much during your first years in school – the teaching is so bad that half your colleagues failed to graduate. From primary school. Class sizes averaging 50 and sometimes hitting 200 didn’t help, nor having to share a textbook with four other students.

Often there weren’t enough chairs or desks in class, so you would have to stand all day at the back in the 35-degree heat (the fans overhead never turned). Your teachers were poorly paid and trained, demotivated, often absent, and when they did teach they used such antiquated methods that all you ever did was copy down whatever they wrote on the blackboard and, if you had the time or energy to study in the evenings, try to learn it by heart without ever understanding what it meant.

Not surprising, then, that some of your 12-year-old peers can barely read a word in your own language, much less a whole sentence. And forget other languages – although the study of English was obligatory in primary school, the teacher masked his weak grasp of his subject by conducting lessons entirely in your mother tongue. Since you could barely read or write in that, there was little hope that you’d be able to do so in a language of which you knew nothing.

So you’re getting ready to start secondary school, probably feeling a little daunted after just scraping through primary. Possibly feeling more daunted still because the rest of your schooling is to be conducted not in your own language, the language you’ve been working hard to familiarise yourself with for the past few years (it is itself not the language of your tribe, and not always spoken at home), but in English, a language neither you nor anyone you know speaks.

And you won’t just be studying the subject of English in English – this might actually be useful, or it would be if your teacher were better trained – but all other subjects too. And if you thought your English teacher had a weak knowledge of English, wait until you hear how your biology teacher speaks it, or your maths teacher. Most of the time they won’t bother, of course: they admit to using the local lingua franca – in Tanzania’s case, Kiswahili – reasonably arguing that since their students don’t understand English there’s no point trying to educate them in it.

But the textbooks you share with your colleagues are written in English. Your homework is supposed to be written in English. All the exams you take are in English. Throughout your secondary school career, therefore, you will be taught in one language but expected to produce the outputs you need in order to progress through the levels in another.

In theory, increasing your exposure to English makes sense. It’s the most important global language, after all, and while research shows that you will learn more effectively in primary school if you’re taught in your mother tongue, it also shows that young people can learn a second language well if they are confident in their first language and if it is introduced gradually, “in carefully managed stages”.

There is nothing gradual or careful about the introduction of English in Tanzania. English is supposed to replace Kiswahili wholesale. Students have a six-week English crash course before they begin secondary school, delivered by a teacher who has been through the same dysfunctional system. After that they are left to fend for themselves. The old-fashioned teaching methods, with a distant disciplinarian handing down diktats to cowed and silent subjects from the front of the classroom, allow no scope for thrashing out an understanding during an interactive discussion.

Teaching is bad enough in Kiswahili – asking teachers to use an unfamiliar language makes it worse. Asking children to learn in one language while they take exams in a different language that they can’t speak is likely to be a fundamental reason why 60,000 drop out of secondary school every year, why only 12% complete lower secondary education when they should, and why only 1.9% enrol in upper secondary school.

Before Tanzania’s last election, in October 2015, the ruling party suggested that it would ditch English-medium education and revert to using Kiswahili at secondary as well as primary level. No progress has been made on this pledge, and the new government has had little to say about it. This was one of the previous administration’s better ideas.

Tanzanian students are hobbled by the current system. Teaching English well as a subject and teaching everything else better in Kiswahili will free them to realise their potential. DM

Mark Weston is a policy consultant and writer, and the author of The Ringtone and the Drum. He lives in Tanzania.

Photo: A child from Zanzibar (Andrea Moroni via Flickr)