The TRC and the Women’s Cause: The march to gender justice remains 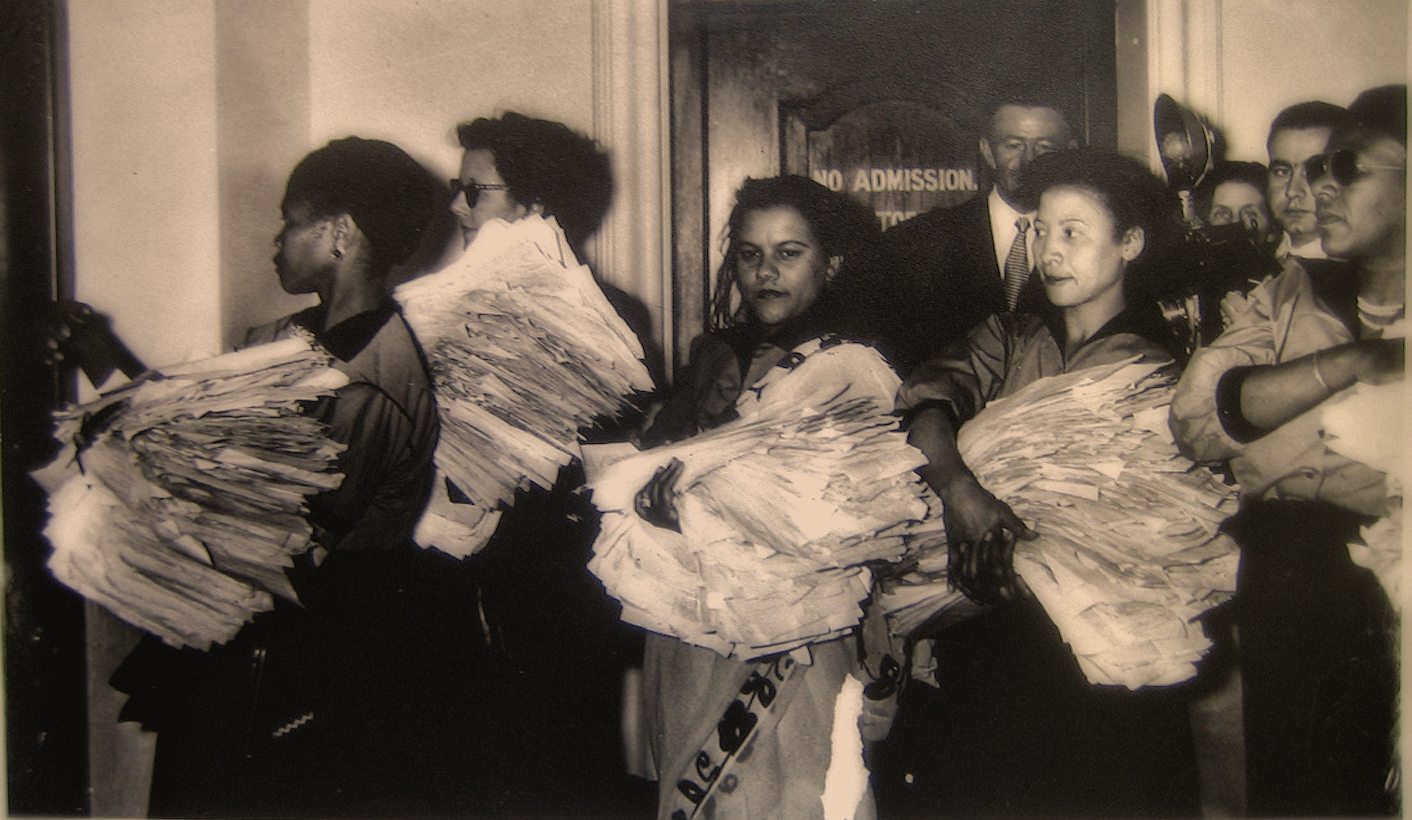 In 1956 our grandmothers, mothers and sisters marched against the legislation of pass laws by the apartheid government; intentional or instinctively they marched in the name of gender justice. In a reflection of time, 60 years later we have continued to embark on marches in the name of gender justice for individuals who could be our grandmothers, mothers and sisters. The marches are now no longer in resistance against the country’s pass laws, but instead in resistance to a system that fails victims of sexual and gender based violence. By LEILA EMDON and PARUSHA NAIDOO.

The 60th anniversary of the historical march that saw 20,000 women unite comes at a time when we also mark the 20th anniversary of the establishing of South Africa’s Truth and Reconciliation Commission (TRC). Beginning in 1996 and concluding in 2002, the TRC has been at the frontline of scrutiny and analysis since its inception, continuing to garner both praise and criticism for its failures and successes. One clear area of criticism centres on its failure to address gender injustices and the gendered nature of apartheid.

Women’s testimonies in the TRC predominantly narrated the stories of trauma impacting on the men in their lives, even in the hearings that were solely comprised of women. However, critics say that “silence” around women’s trauma was not only due to their memories being too traumatic or too personal for women to tell. Rather, the experiences of marginalised groups have been suppressed systematically. In addition to the silencing of women was a second level of silencing that occurred towards the people identifying within the LGBTQ+ spectrum.

The silencing began in the TRC’s enabling Act, where rape and other acts of sexual and gender-based violence did not fall within the criteria of a political act as defined by the Act. Consequently, a perpetrator who had committed rape as a political act would not qualify for amnesty and on these grounds no amnesty applicants would admit in their statements that they had committed rape. As the TRC did not have a category for sexual and gender-based violence, crimes falling within this space fell under the heading of “serious ill-treatment”, therefore white-washing the gendered nature of violence.

The disregard for gendered violence by the TRC must be understood as both symptom of a violent past and a negative reinforcement to our violent present with the legacy echoing in South African society. As a symptom, the TRC processes viewed women solely as victims and not as perpetrators of violence even though women political prisoners recalled human rights violations committed against them by female prison warders. It further went on to create a narrative of a particular kind of victim role that women were placed in, devoid of the daily lived realities and normalised injustices. This deeper level of failure to women and non-cisgendered people is seen in the inability to distinguish apartheid’s systematic and institutionalised violation of gender rights through entrenched structural violence that persists today.

As a clear reinforcement in continued gendered violence, the TRC failed to look at how apartheid further entrenched violent masculinities, and the link between high rates of gender based violence in postconflict societies. A gender-blind framework resulted in an opportunity lost to uncover the gendered nature of violence, its impact on gender relations and the potential side-effects this would have in our postconflict society.

The usage of a gender-blind framework in itself was a form of continued injustice and the legacy of this can be observed both within our justice systems and within our thinking of how we understand the victims and survivors of injustices both in apartheid and post-apartheid South Africa. A clear example of this legacy playing out in our justice system can be observed in the stifled work of the Sexual Offences Courts.

Created specifically to be cognisant of the distinct nature of sexual and gender-based violence, the courts were equipped with focused infrastructural necessities to address these crimes. However, between 2007 and 2008, funding issues resulted in the courts facing closure nationally. The demise of the courts came also as a result of institutional pushback, as noted in a report by a government task team working on the courts, “the fact that the sexual offences courts were better resourced than other courts was seen as a serious violation of the constitutional right of other victims of crimes to equal protection and benefit of the law”.

In 2013, the same year of the rape and killing of Anene Booysen, the Department of Justice announced plans to re-establish the Sexual Offences Courts with 57 to be set up nationally. While this has been carried out, deeper work must occur within the justice system and its approach to victims and survivors of sexual and gender-based violence. The root causes of gender injustice extend beyond our justice system and are indicative of a society that struggles to reconcile systems of oppression and its connection with our race and gender.

In order for the root causes of gender injustice to be addressed, two major shifts need to occur: structural inequality needs to be confronted in order to enable women and marginalised groups to have options and access to justice and internalised ideas of gender, and patriarchy and sexism need to be challenged so that gender reconciliation between groups can occur.

Dr Helen Scanlon of the Justice and Transformation unit in the UCT department of political studies argues in a recent paper reflecting on politics of gender justice and reconciliation that, “While the South African TRC’s achievements cannot, and should not, be dismissed, it is important to also reflect on whether its failure to investigate the structural impact of apartheid has in some ways allowed acceptance of the ongoing violence in the country and, in particular, gender-based violence.”

Adding to this, although the TRC was able to successfully serve the purpose of telling the truth of apartheid’s injustice for some, mainly male victims of physical bodily harm, it was not an accessible forum for articulating experiences of violence for all, most notably women.

The lack of justice for victims and survivors of sexual and gender-based violence in South Africa is not the sole cause of the TRC’s failures; instead the TRC must be understood on a continuum of injustices. We must understand it as a symptom and reinforcement of societal silencing of gendered oppression in a historical lens that goes beyond the operations of apartheid but instead rooted in a history of colonialism and slavery. The TRC therefore was a missed opportunity to truly confront the levels of sexualised and gendered violence in SA and furthermore in its silence and lack of recognition further entrenched the notion of taboos and normalised violence against women, children and people who identify themselves as being part of the LGBTQ+ community.

If we understand the TRC as a missed opportunity in the fight towards gender justice and part of a wider prelude to our current social ills, we must ask ourselves what are the societal costs of these missed opportunities? Or rather, who are the victims of these missed opportunities and how many more missed opportunities are we willing to have? Made invisible by the TRC 20 years ago, our understanding of gender justice must go beyond the women who marched to the union buildings on 9 August 1956. In 2016, we must remember Lilian Ngoyi, Helen Joseph, Rahima Moosa and Sophia Williams and the 20,000 women who joined them, but we must march for Eudy Simelane, Anene Booysen and Sinoxolo Mafevuka, and the countless other women rendered nameless and faceless. DM