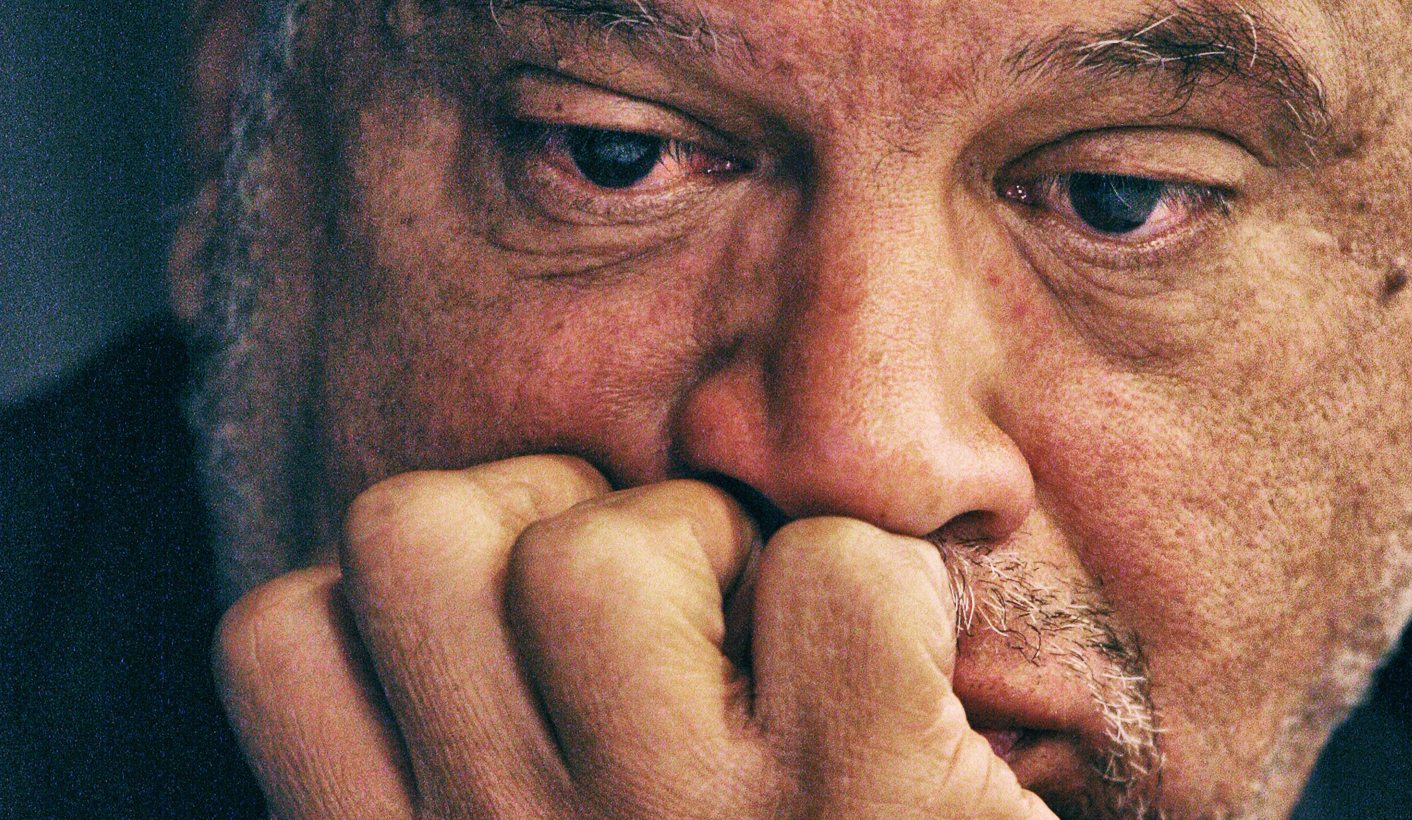 The local government election contest has been nowhere as bruising as in Nelson Mandela Bay Metro, where it showcased a heady confluence of local and national political dynamics. The industrial heartland of the Eastern Cape, centred on automotive industries, has seen the high-level, high-profile deployment of both the ANC and DA national leadership as the parties scrapped to find dirt on each other’s mayoral candidates. It’s been a taxing fight, and its outcome may well set the national political tone going ahead. A win for the ANC allows the party to tout continued support, while victory for the DA lets the country’s largest opposition proclaim change. If there’s no outright winner, no matter by what tiny margin, it could recalibrate the political scales. By MARIANNE MERTEN.

There are over 580,000 registered voters in Nelson Mandela Bay Metro, according to the Electoral Commission of South Africa (IEC), and each vote will count, making turn-out key on Wednesday. Traditionally, the DA does well in getting its supporters to the hustings. The ANC does less so amid unwillingness to vote differently despite disillusionment about the party, not only about national issues like unemployment and corruption, but also regional ANC factionalism.

It is this stark change in voting support that has galvanised the DA into thinking the metro is within its reach. Winning Nelson Mandela Bay would mean the country’s opposition party would clinch another metro, this time outside the Western Cape where it governs Cape Town and the province. DA mayoral candidate Athol Trollip, the party’s Eastern Cape chairperson, started campaigning very early and continued until the last minute. DA leader Mmusi Maimane on Sunday addressed supporters on job plans, a day after the DA officially held its electioneering closing Phetogo rally in Soweto, Johannesburg.

The ANC earlier this year launched its local governmental manifesto in Nelson Mandela Bay in an intended show of force. Its top officials have been in and out of the metro, repeatedly, to hit the campaign trail. However, there has been significant unhappiness over its councillor candidates. Last Tuesday one candidate, Nceba Dywili, was killed.

The 2016 electioneering attention given to the metro came after the damage to brand ANC, dating back years but rammed home in the 2011 municipal poll outcome. In a series of unprecedented national ANC interventions, the governing party attempted to deal with factionalism, ultimately leading to the disbanding of the ANC regional structures in December 2014. And over the past three years, the ANC deployed three mayors to Nelson Mandela Bay.

These interventions were intricately conjoined. Remember how regional chairperson, and one-time mayor Nceba Faku resigned by SMS in March 2013? This came after long-standing tensions with the ANC in council, as well as with then mayor Zanuxolo Wayile, the National Union of Metalworkers of South Africa (Numsa) and Cosatu leader who had been selected as a compromise candidate. While Faku announced his resignation, the ANC also redeployed Wayile to Parliament (he did not return in the May 2014 elections).

Wayile’s appointment had been touted as a victory for the ANC tripartite alliance partners, who had been unhappy about the state of play for some time. In November 2009 Nondumiso Maphazi had been recalled as mayor. “She (Maphazi) was getting exposed really badly. People on the ground would boo and howl insults at her, showing no respect for her because they felt she was not performing well,” the Mail & Guardian quoted ANC Eastern Cape secretary Oscar Mabuyane at the time.

Although raised eyebrows greeted Jordaan being parachuted into the mayor’s post, it appears the ANC has finally found a trusted one. Jordaan, the former teacher frequently described as an “administrator” and “a technocrat” rather than a politician at ease at rallies, has been hands on in the council to get its books and audits in order.

In the 2014/15 local government audit, Nelson Mandela Bay, and Majhabeng in the Free State, were responsible for half the country’s local government officially recorded R1.3 billion wasteful and fruitless expenditure. In his briefing on the audit results earlier this year, Auditor-General Kimi Makwetu said much of Nelson Mandela Bay’s wasteful and fruitless expenditure was linked to the rapid bus transport system. Those buses had yet to be taken out of storage, but the council was incurring related expenses like, for example, paying the bus drivers it would have hired. The metro received, again, a qualified audit with findings.

Jordaan, who was sworn in as mayor in July 2015, is on public record saying that he’s intervened to get the metro’s financials right. In April this year he told Business Day how he moved to “close many of the leakages” in the budget. “I found that in the budget was R250 million for overseas travels and conferences and all those things. (I said) this is now zero, no-one travels anywhere. We cut that budget and took a budget with a small surplus of R12 million…As we speak today our cash holding is R2 billion. Our credit rating by Moody’s is among the highest in the country,” said Jordaan.

But perhaps more importantly, Jordaan has kept out of the regional factional ANC politicking. Several observers and ANC members familiar with the region have pointed this out. One ANC senior member, who spends much time in the metro, recently told Daily Maverick that the mayor asked to be left alone to do the job the national ANC has asked him to do. And by refusing to become involved in factional politicking Jordaan was able to move on where others had not.

And, tellingly, the ANC has let Jordaan get on with the job.

Jordaan’s pulling power as a face of South African soccer may just be an important persuading factor come Wednesday’s local government elections. However, factional dynamics still play a role, and disillusionment with the ANC is often expressed, sometimes privately, sometimes not so privately in a series of community protests and sometimes in key by-elections.

In August 2015 the ANC lost the significant Ward 30 (Veeplaas and KwaMagxaki) where its struggle veteran Govan Mbeki and others are buried to the United Democratic Movement (UDM). That party took the ward with 49% of the vote, up from the 1.2% it scored in the 2011 poll. In November 2014, Ward 42 (Uitenhage) by-election was won by independent candidate Andile Gqabi, a Numsa member and aligned with the United Front, the community/political movement arising out of Numsa’s December 2013 special national congress resolutions.

According to a July 2016 election update by the Electoral Institute for Sustainable Democracy in Africa (Eisa), the ANC’s decline has been more visible, rapid and pronounced in Nelson Mandela Bay than elsewhere. “The ‘sins of incumbency’ have played their role, with corruption creeping into the higher echelons of the regional party from at least the late 1990s. The unemployment crisis has been an under-appreciated factor, being particularly acute in Nelson Mandela Bay, a declining industrial city in a poorer province with strong left-wing politics,” the update said.

While a win for the DA would most definitely be a feather in its cap, the ANC faces more significant pressures. Its electoral fortunes are intricately woven into the tapestry of factional battles, which stretch from region to its national structures.

And so the election battle for Nelson Mandela Bay has been bitterly fought by both the ANC and DA on national issues like job creation, corruption and service delivery. The contest has been steeped in political narratives of the ANC as the party of South Africa’s liberation and the DA as one of change.

And while the battle for Nelson Mandela Bay may look like a two-horse race, the United Front, Economic Freedom Fighters and UDM have fielded candidates in just about every ward. Their impact will be closely watched, as will be any manoeuvring in coalition talks, particularly if neither the ANC nor DA win a sufficient majority to govern the metro alone.