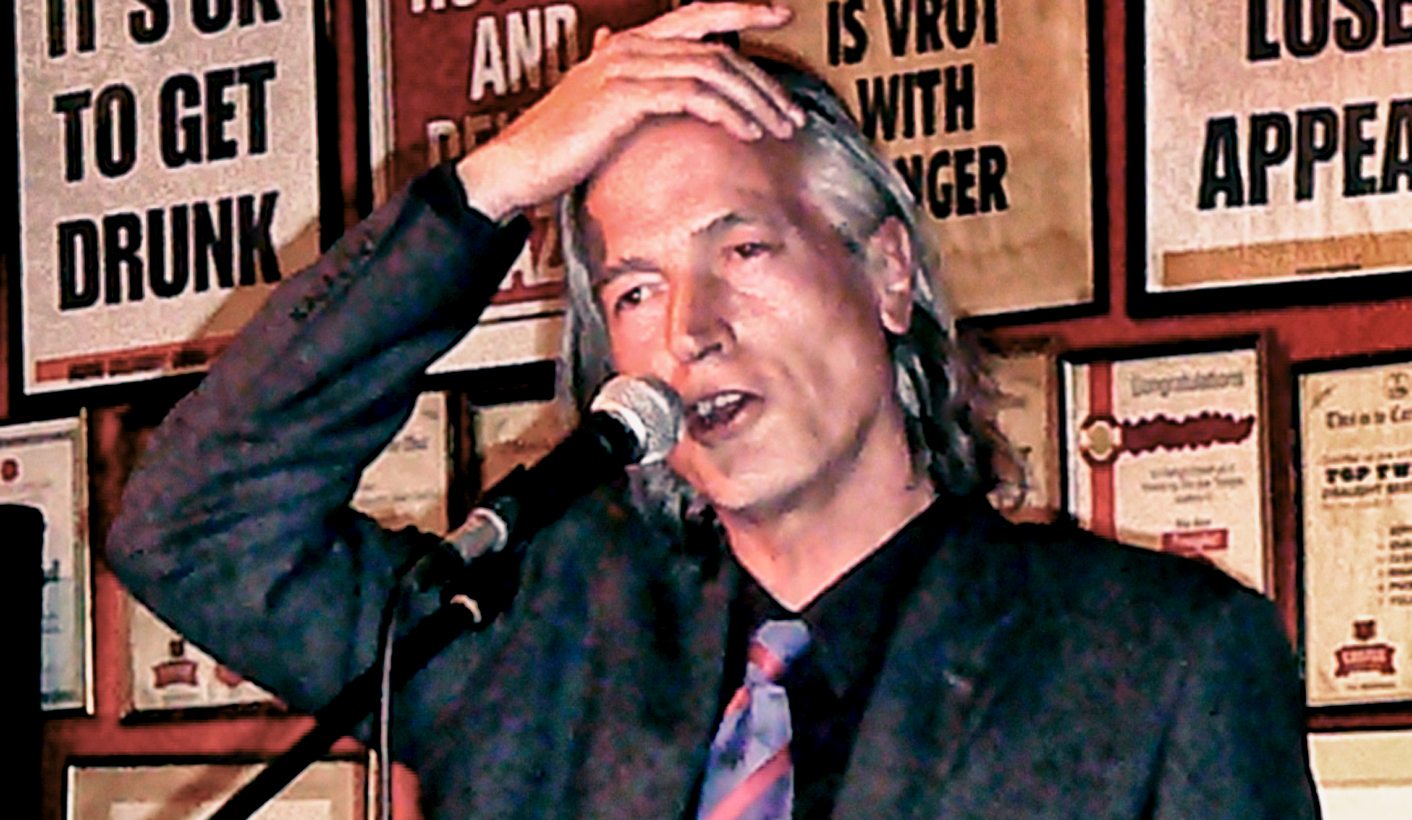 Much as one admires Richard Poplak’s racy style, there was a worrying lack of substance in his piece about the EFF’s Floyd Shivambu the other day. If you don’t mind, I’d like to take up a spade and shovel some facts into the vacuum. By RIAN MALAN.

Richard Poplak opens with a quote from the Czech novelist Milan Kundera, who observes that idealists (especially those who have lost their minds to what Kundera called the “lyrical delirium” of utopian socialism) are actually bent on gaining control of the present so they can reinvent the past. He then sets up Shivambu as one such, bent in this case on reinventing “hardcore Marxist-Leninist socialism” as a suitable solution to the woes of the South African proletariat.

I assumed Poplak would proceed to interrogate the sanity of Shivambu’s crusade. Instead, he does Shivambu’s dirty work for him, recasting Lenin as a mere anti-capitalist trouble-maker and airbrushing the mass murders spawned by his fanaticism. History then becomes a blank slate upon which Poplak – not Shivambu – writes his conclusion: “At the very bottom of SA’s bottomless pyramid, Lenin’s sales pitch had a nice ring to it.”

Well, yes. I reached a similar conclusion at the age of 14 or thereabouts, after reading a flattering profile of Che Guevara in Life magazine. “I’m basically a Communist too,” I informed my dad. When he asked why, I explained that hardcore socialism had the logic of gravity in South Africa and was the only way to secure justice for Mrs Tshabalala, our helper.

I was, in retrospect, a moron. Poplak and Shivambu expose themselves to a similar judgment.

I will refrain from boring you with tales of all the poets and democrats jailed by hardcore Marxist-Leninists, or the 50- to 100-million deaths they caused. These facts are universally known, and I daresay they add to Lenin’s lustre in Shivambu’s eyes: here was a truly fearless revolutionary, prepared to wade through blood to achieve social justice.

Fair enough. Lenin was an extraordinary man, fanatically disciplined and single-minded. “His writings abound in military metaphors,” writes British historian Paul Johnson. “Iron rings, sheets of steel, barricades, forts, offensives, guerrilla warfare and firing squads, dominated by violently activist verbs: flame, leap, ignite, goad, shoot, attack, blaze, compel, purge, exterminate.” Lenin died before the great exterminations got under way, but his disciples did him proud, eventually bringing nearly half of humanity under the rule of hardcore Marxist-Leninists who usually shot their way to power and invariably used terror to hold onto it.

If hardcore Marxism-Leninism had put a chicken in every proletarian pot, as promised, the suffering might have been worthwhile. But it failed hopelessly in this, its central aim. Workers and peasants were not better off under Marxist rule. In every case, it brought relative deprivation. True believers are impervious to this truth, but those not yet committed should try Googling their way towards an understanding of differing standards of living in Communist versus capitalist countries in the Cold War era. Look at North vs South Korea, Cuba vs Costa Rica, China vs Taiwan. East vs West Germany is a good one too.

In every case, you’ll find progress and plenty on one side of the border, and on the other, food queues, blackouts, shortages of almost everything and proles reduced to despair so profound that they’d hurl themselves into the sea or barbed wire fences to escape. In a country where half the population is desperately poor and thus prone to think Leninism has a nice ring to it, is it not a writer’s duty to note such nasty outcomes?

Since Shivambu is the proud owner of a copy of Das Kapital with annotations by Fidel, let’s turn our gaze to Castro’s Caribbean principality, often held up as a bright shining model for a future socialist SA. It is true that Cuba has a good healthcare system and that the average Cuban gets a ration of rice and beans from his hardcore Marxist rulers plus about R300 a month in wages. But it is also true that any rational Cuban would leap to change places with, say, a Johannesburg gardener who earns R300 in a day or two – at least 10 times the average wage in Cuban socialist nirvana.

Was Poplak not obliged to draw this awkward fact to his readers’ attention and seek Shivambu’s reaction?

And also perhaps to remark on Shivambu’s apparent ignorance of the way the game has developed since the Cold War ended?

China was an impoverished shithole when Deng Xiaoping rose to power circa 1978, saying, “Seek truth from facts.” Forty years later it’s the world’s largest or second largest economy, with pork in every chow mein and hundreds of millions of previously starving peasants catapulted into middle-class bliss. Why? Because Deng realised it was time for China to turn its back on “hardcore Marxist-Leninist socialism” and move into the modern world.

First he broke up the collective farms and gave land back to the peasants, telling them they were now free to work hard and enrich themselves. This was an appalling heresy in the eyes of Leninists, and far worse was to come: property rights, free markets, encouragement of business and invitations to foreign capital to set up factories and create jobs for China’s abundant labour. The result has been a happiness explosion unprecedented in human history.

If I were a starving peasant in Limpopo, this would have a very nice ring indeed to me. So why doesn’t Shivambu’s EFF seek to emulate China instead of turning to Zimbabwe for inspiration? “We must learn from Zimbabwe,” declared EFF Commander-in-Chief Julius Malema in 2013. “Mugabe is the only leader who can stand up to the West,” he said. “The results are wonderful.” Really? Last time I checked, even the Chinese had given up on Mugabe, forcing him to revert to begging from the IMF while 90% of his subjects sit without jobs and every second adult Zimbabwean waits tables in South Africa. This is Marxism-Leninism in action. Does it have a nice ring to you? To anyone?

Interestingly, Malema seems to have read the wind and turned against Mugabe just recently, perhaps to avoid humiliation when the tyrant finally topples. This suggests that Malema and Shivambu’s proclaimed attachment to hardcore Marxist doctrines is to some extent a feint, intended to catch the attention of those whose ears are straining for the sound of hope.

Why not? It’s easy to feed hardcore Marxist promises to ill-educated people, especially in a country where reporters are reluctant to contradict you for fear of being seen as racists or tools of white minority capital. It pains me to see a writer of Richard Poplak’s stature allowing himself to be swayed by such factors. I know him to be a dude who usually calls bullshit when he sees it, but he failed in this case. DM

Rian Malan is a Policy Fellow at the SA Institute of Race Relations, a think-thank that promotes political and economic freedom.